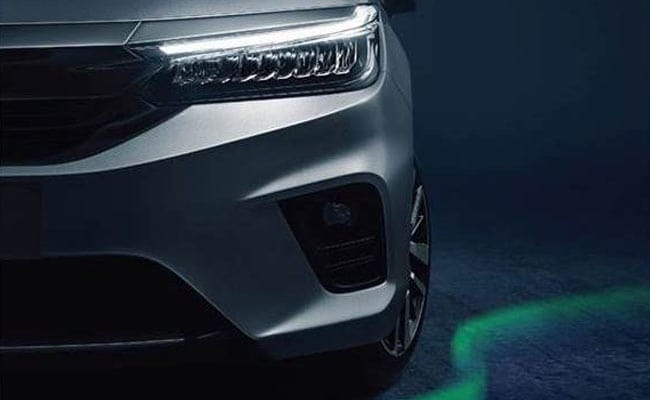 The 5th generation Honda City is all set to be launched in India in the next couple of months. We can now tell you that Honda Cars India will officially take the wraps off the new Honda City on March 16, 2020 and probably begin taking bookings for the new car same day onwards. The launch date of the new Honda City is yet to be confirmed. The all-new Honda City will be quite similar to the Thailand-spec model, which was unveiled in Thailand, late last year. The car will have some India-specific changes incorporated into it, of course.

The new Honda City gets a sharper design and the front end too wears a fresh new look. There is a thick chrome bar on the grille and the headlamp cluster has been completely redesigned, having a jewel eye design. The front bumper gets a redesign as well and so do the tail lamps, carrying a signature u-shaped element.

The 2020 Honda City has grown in size as well and is now over 100 mm longer, while the width has increased by 53 mm. The height though is now lowered by a good 28 mm, making it look a bit sportier. Honda has shortened the wheelbase on the new City by 11 mm, despite the overall increase in length.

There will be 1.5-litre mild hybrid petrol engine along with a 1.5-litre diesel unit and they will be BS6 compliant, right from day 1. Expect Honda to offer manual and automatic gearbox options as well!

The Honda City will go up against its traditional rivals, which are the Maruti Suzuki Ciaz, Hyundai Verna, Skoda Rapid and the Volkswagen Vento.