The new generation Audi A6 gets completely revamped styling, new features and a host of new technological upgrades over the predecessor, as it takes on the BMW 5 Series and the Mercedes-Benz E-Class.

The 2020 Audi A6 has finally made its way to India with prices starting at ₹ 54.20 lakh (ex-showroom, India). The eighth generation Audi A6 is a completely new model with revamped styling, improved interior with more space at the rear and a host of new tech on offer. The new A6 has been introduced only with a petrol heart in the country, as part of Volkswagen's decision to move away from diesel engines globally. That being said, a diesel engine could be introduced later based on the demand. The Audi A6 takes on a number of offerings in the mid-size luxury sedan segment including the Mercedes-Benz E-Class, BMW 5 Series, Volvo S90 and the Jaguar XF.

The all-new Audi A6 gets an evolutionary design language that looks sharper than ever. The car sports a large single-frame grille up front with horizontal chrome slats and new angular LED headlamps. The bonnet gets new muscular lines for a strong impression, while the long wheelbase makes for a stately look on the sedan. There are new dual-tone alloy wheels on offer on the 2020 A6 while the rear sports new LED taillights that are connected by a chrome strip. 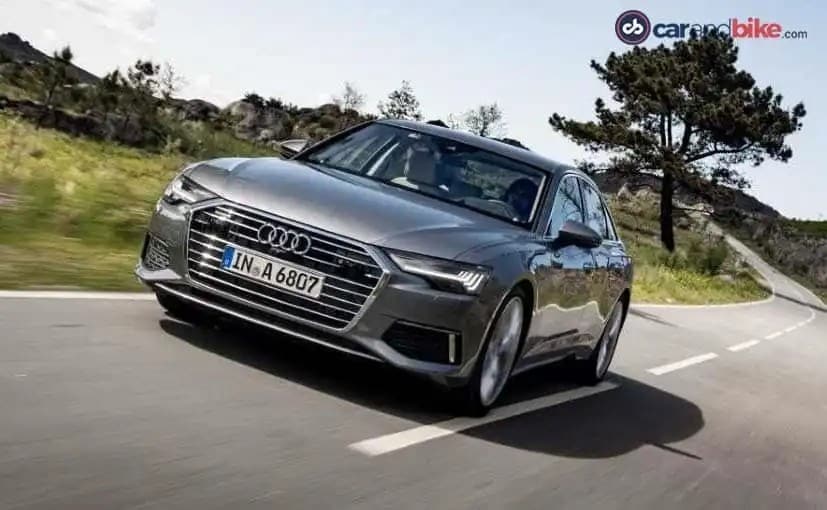 Under the hood, the 2020 Audi A6 draws power from the 2.0-litre TFSI petrol motor that develops 240 bhp and 370 Nm of peak torque. The engine BS6 compliant and is paired with a 7-speed  dual-clutch automatic transmission that sends power to the front wheels. The car is capable of hitting a top speed of 250 kmph, while 0-100 comes up in 6.8 seconds. Audi claims fuel consumption of 14.11 kmpl on the car. A BS6 compliant 2.0-litre diesel could be introduced later on the sedan.

Compare Audi A6 with Immediate Rivals