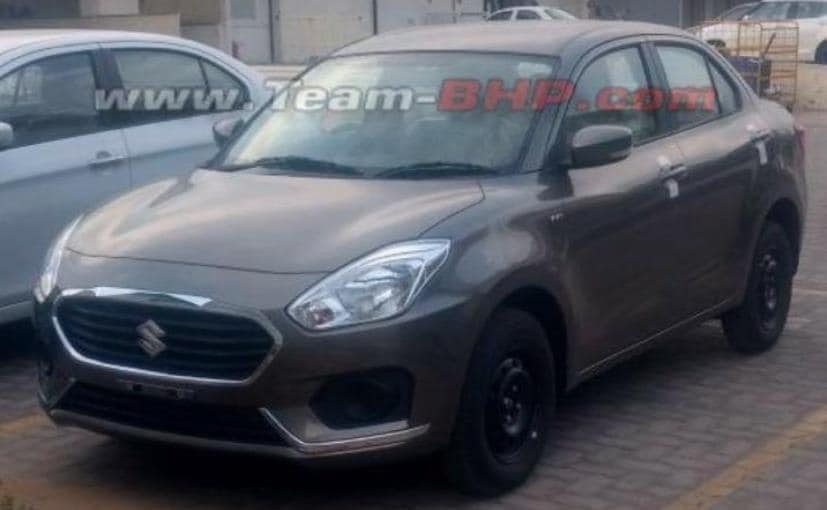 We have told you that the new-gen Maruti Suzuki Swift Dzire is all set to go on sale in India this year and we believe the launch is nearer than we expected. A production-ready version of the new-gen Swift Dzire has been spotted in India sans camouflage and we have to say the car looks way more premium than the outgoing model. In fact, the car looks very much similar to the renderings that were leaked last month. Apart from cosmetic additions and this new brown colour option, the new Maruti Suzuki Swift Dzire will also get a host of new features that is sure to take it a league higher.

As the previous generation models, the new Swift Dzire is also based on the new-gen 2017 Maruti Suzuki Swift hatch that was recently showcased at the Geneva Motor Show. In terms of looks, the car gets a whole new face that has been extensively redesigned to bring out that new premium appearance. The highlight is the new four-slat grille with the heavy chrome surround and the new sculpted bonnet. This appears to be one of the lower variants, so the new sweptback headlamps come with halogen lights while we expect the higher variants to feature both projector lamps and LED daytime running lights. There are chrome accents along fog lamps enclosure and a wide central airdam. 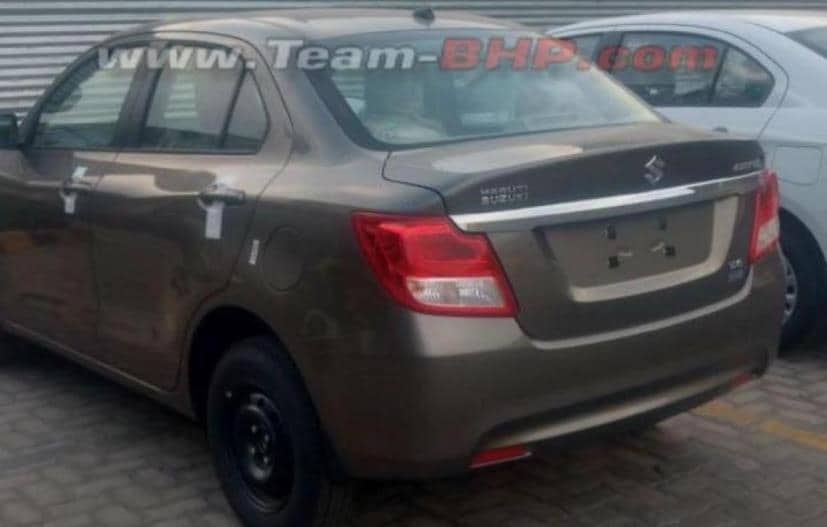 The profile of the car looks much nicer now thanks to the new improved design with the flared wheel arches, new outside rear view mirrors (ORVMs) and the redesigned pillars. This particular variant comes with steel wheels but we do expect to see some stylish alloy on the higher variants. The rear section of the car, on the other hand, looks a bit similar to the outgoing model but slightly better looking. The car gets new LED taillamps a heavy chrome slat above the number plate housing.

Among the usual badges, the car also appears to get the SHVS (smart hybrid vehicle by Suzuki) badging, which means the Dzire will now be a smart hybrid like the Ciaz. That said, engine options will remain unchanged as the car will continue to use the 1.3 litre DDIS unit for the diesel version, with SHVS of course, along with the tried and tested 1.2 litre petrol engine. A 5-speed manual gearbox will be standard for both models along with an options AMT unit for the diesel version and a 4-speed auto box for the petrol version.

Unlike the Swift, which is present in several global markets, the Swift Dzire is more specific to India, which is why Maruti is bringing the subcompact sedan version first. Once launched, the Swift Dzire will become a stronger rival to the likes of likes of Honda Amaze, Ford Aspire, Volkswagen Ameo and the upcoming Hyundai Xcent facelift. The car will be priced in the range of ₹ 5 lakh to ₹ 8.5 lakh and considering the government has withdrawn FAME ( Faster Adoption and Manufacturing of Hybrid and Electric Vehicles) subsidies for mild hybrids the diesel models will be pricey.