The new-gen Mahindra Scorpio pick-up has been launched in both single cab and double cab option and is available in 4X2 and 4X4 versions. 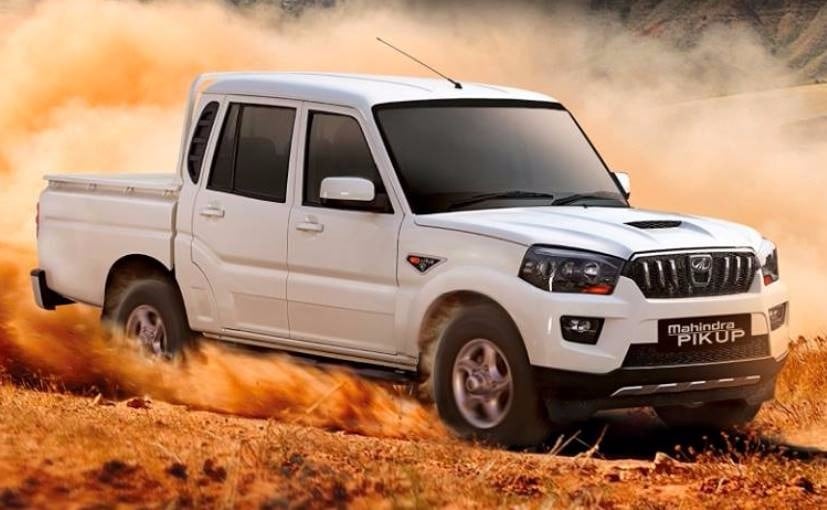 Mahindra and Mahindra recently launched the new-gen Scorpio Getaway in Doha, Qatar. Called just the Mahindra Pik-Up in Qatar, this is the new Mahindra Scorpio Getaway and is based on the current-generation Scorpio SUV, which is sold in India. The new-gen Mahindra Scorpio pick-up has been launched in both single cab and double cab option and is available in 4X2 and 4X4 versions. Prices start at QR. 58,000 (approx. ₹ 10.20 lakh) and QR. 64,000 (approx. ₹ 11.25 lakh) respectively. Mahindra is offering the new Scorpio Getaway in three variants - S4, S6, and S10, as per its previous variant nomenclature of using even numbers.

Powering the new Mahindra Scorpio Getaway a.k.a. Mahindra Pik-Up will be the updated a 2.2-litre mHawk EV engine that belts out a maximum power of 140 bhp at 3,750 rpm and develops a peak torque of 320 Nm at 1,500-2,800 rpm. Mahindra offers the new 6-speed manual gearbox as standard across all variants.

In terms of looks, new Mahindra Scorpio Getaway is styled based on the pre-facelift version of the current-gen Scorpio SUV with the tooth-like chrome accents on the grille and similar front bumper. The pick-up truck gets the new twin-pod units with integrated LED DRLs. The rest of the styling on the front section is identical to the SUV version. In terms of dimensions, the new Scorpio Getaway measures 5,175 mm in length, 1,820 mm in width and 1,860 mm in height, along with a 210 mm ground clearance. The payload capacity of the Scorpio Getaway pick-up ranges from 995 kg to 1,195 kg depending on whether it's a single cab or a double cab and if it's a 4x2 or a 4x4. In fact, the SUV also gets gas struts to hold up the bonnet.

The cabin, especially of the double cab model, will be largely similar to the current Scorpio's interior. The Pik-Up gets the new dashboard with the top-end model featuring a touchscreen infotainment system and climate control. The lower models will get manual air-con system and a 2-DIN music system with Mp3, USB and SD card connectivity and fabric upholstery. On the safety front, the new Scorpio Getaway comes with dual airbags and ABS, central locking with remote control and alarm.

Now, the new-gen Mahindra Scorpio has been spotted testing in India a few times now. While initially, it led us to believe it will be launched in India, but last year Mahindra told us that the company will be making the new-gen model only for the export markets. Having said that seeing how Mahindra has been updating its line-up, the carmaker might launch the new-gen Scorpio Getaway in India as well, later this year.