New-Gen Honda CR-V To Be Launched This Festive Season

It's the fifth-gen Honda CR-V that is coming to India and SUV will be launched in the country during this festive season. 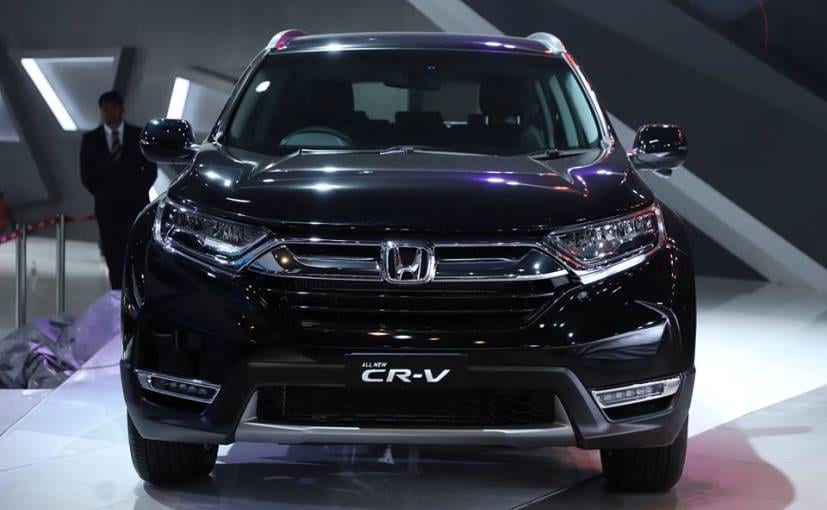 Also Read: Honda CR-V: All You Need To Know

The fifth-gen Honda CR-V has is already on sale in several global markets and it's now finally set to arrive in India as well. The 2018 model will also be the first CR-V to be launched in India with 3 rows of seating option, which means it will offer seating capacity for 7 passengers, competing with the likes of the Ford Endeavour, Toyota Fortuner, Isuzu MU-X, Skoda Kodiaq and even the Volkswagen Tiguan. The new Honda CR-V is based on a new platform derived from the Civic and has grown in terms of dimensions. The SUV is now 30 mm longer, and 35mm wider and taller, while the wheelbase has increased by 40 mm, as now it comes with three-row seating, making the cabin a lot more spacious than before.

Visually, the Honda CR-V is sharper and angular in terms of design and looks pretty sleek. Up front, the CR-V gets a thick chrome bar for the grille which is a signature as far as Honda is concerned and it's flanked by LED headlights and complemented by the LED fog lamps. The interior quality has also been kicked a notch up and comes with premium quality material for upholstery, panels and in-car controls. The centre stage on the dashboard is taken by a 7-inch touchscreen display with a navigation system developed with Garmin. The system will also come with Apple CarPlay and Android Auto for smartphone connectivity, making it more contemporary.

The new 2018 model will also be the first CR-V to come with a diesel powertrain - a new 1.6-litre i-DTEC diesel engine which will unleash about 120 horses and will develop 300 Nm of peak torque. On the other hand, the petrol version will get a naturally aspirated 2.4-litre, four-cylinder engine making 184 bhp. Upon launch the 2018 Honda CR-V SUV is expected to come with a price tag starting from ₹ 26 lakh, going all the way up to ₹ 30 lakh.