The Audi RS5 will be launched in India on April 11 and will take on the likes of the BMW M4. The GT coupe comes with a twin-turbo V6 engine that makes 444 bhp 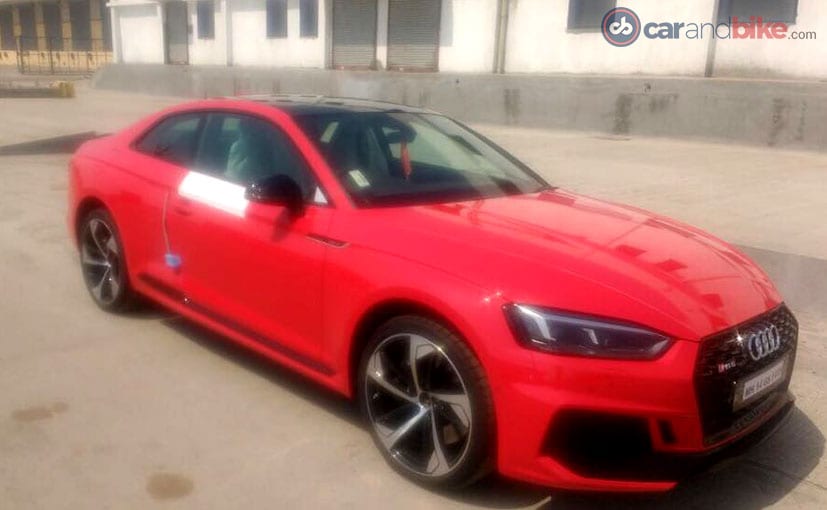 Its official! The twin turbocharged V6 powered, 2018 Audi RS5 Coupe will officially be launched in India on April 11. The GT 2+2 all-wheel-drive coupe will cost well upwards of the Rs 1 Crore mark and will take on its natural rival - the BMW M4. The new Audi RS5 is now in its second generation and the original RS5 in both pre facelift and facelift form was actually quite a popular car with Indian sportscar buying audiences. The new Audi RS5 will be the fourth car on offer in Audi A5 lineup with the other bodystyles being the A5 and S5 sportback and the A5 convertible. As you can see from these pictures here, the first Audi RS5 has already landed on Indian shores and looks quite sexy in this bright iconic shade of red that has always seemed to adorn the RS5. This new RS5 as we mentioned earlier now has a smaller twin turbo V6 engine as compared to the thumping V8 that the previous generation was equipped with. The new engine, a 2.9-litre TFSI is good for 444 bhp of peak power and 600 Nm of peak torque. While the power output isn't a massive bump over the last generation, torque has gone up a massive 170 Nm! All this power and torque propels the RS5 from 0-100 kmph in just 3.9 seconds and on to a top speed of a limited 250 kmph. The RS5 can also be equipped with a more powerful 'RS Dynamic Package' that takes the top speed up to 280 kmph. 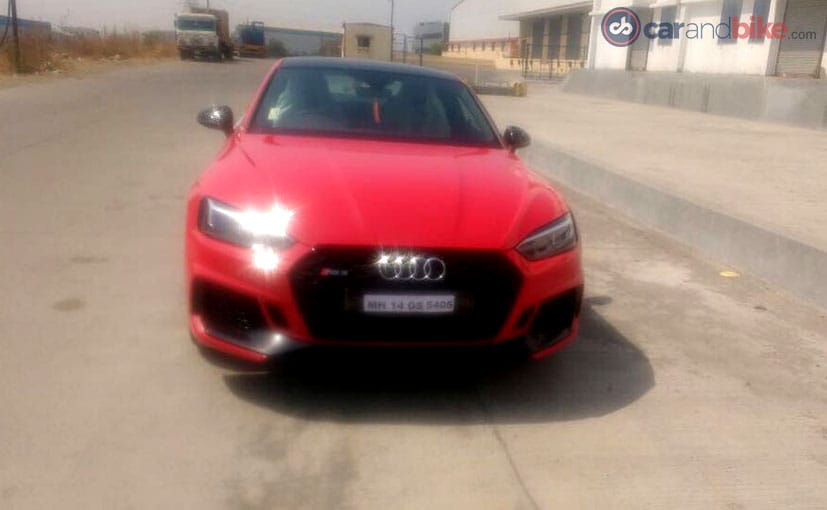 Of course, as expected, the RS5 puts down all its power through Audi's fantastic Quattro all-wheel-drive system. In the RS5, the Quattro setup is tuned specifically to give a bit more rear bias at 40:60 (front:rear) with a special sport differential keeping the car in check. The new Audi RS5 also sits lower than its predecessor and now offers optional ceramic brake, optional dynamic and ride control for even more overall performance. 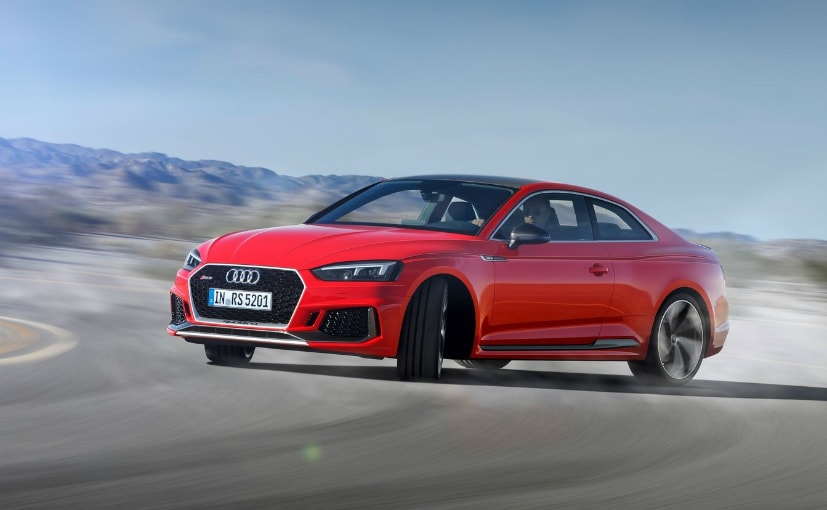 In terms of the way it looks, the new RS5 might not be as aggressive or muscular as the first generation but it certainly is a good looking coupe! It gets wider wheel arches than its predecessor, the large signature Audi singleframe grille and standard 19-inch or optional 20-inch wheels. The new RS5 also sports the digital instrument cluster - just like the A5/S5 siblings and will feature interior colour options and sports seats.