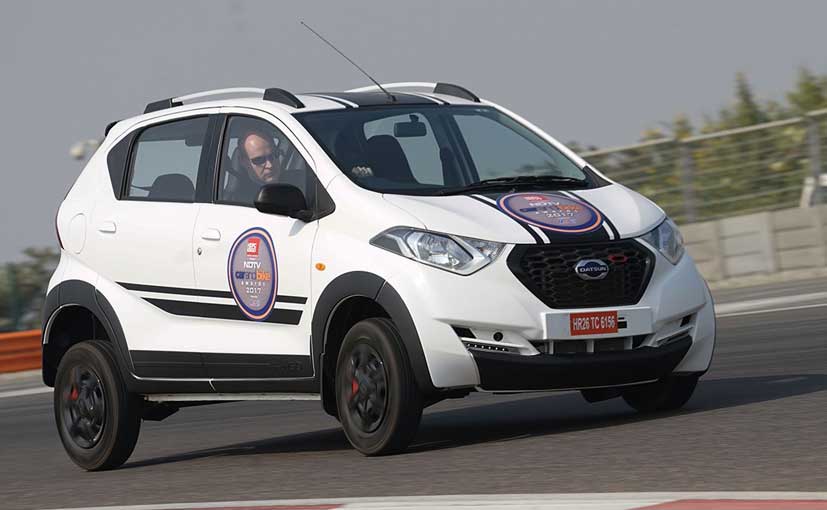 The 12th edition of the NDTV Car And Bike Awards was wrapped up recently amid much plaudits as the industry came together to felicitate a myriad of vehicles. While Skoda Superb won the top honour among four-wheelers with the Car Of The Year award, there was no dearth of appreciation for other contenders across various categories. One such name is Datsun redi-GO, which bagged the 'Small Car Of The Year' award.

Datsun's latest product in India was subject to the scrutiny of the discerning panel that comprised Siddharth Vinayak Patankar, Aditya Patel, Aspi Bhatena, Dhruv Behl, Gul Panag, Jens Meiners, Sirish Chandran, Dr V Sumantran, and Rayomand Banajee. The Nissan-owned Japanese carmaker's entry-level car made its world premiere in India earlier this year in April. It went on sale in June 2016 and has been the brand's best-selling car here since then.

Based on the same CMF-A platform as the Renault Kwid, the Datsun redi-GO is powered by a 799cc three-cylinder petrol engine developing 53bhp and a peak torque of 72Nm. Paired to a five-speed manual gearbox, the hatchback offers a zippy drive for a car of its size.

The car fares well in terms of design too with its short bonnet, hexagonal grille, sculpted bumpers, big headlamps, well-defined profile, and boomerang-shaped taillights. Inside, the plain Jane dashboard does its job amply that remains unfettered by a plethora of buttons and knobs. It also gets an equally simple instrument panel. As far as space is concerned, the redi-GO can readily accommodate a family of four while the 'tall-boy' design promises sufficient headroom for tall passengers.

Datsun offers the redi-GO with only a driver-side airbag on the top model; the remaining trims don't get airbags even as an option. While the car evidently lacks on the safety front, it is a fate common to the entire segment.

The company had also introduced a limited edition model of the car, Datsun redi-GO Sport, to employ the festivities to aid the carline's traction in the market. While on 1,000 units of the model were initially planned, the redi-GO Sport's popularity lead Datsun to ramp up its production with an additional 800 units.