The new Mitsubishi e-Evolution concept envisions as a real performance car with an electric powertrain and four-wheel drive. 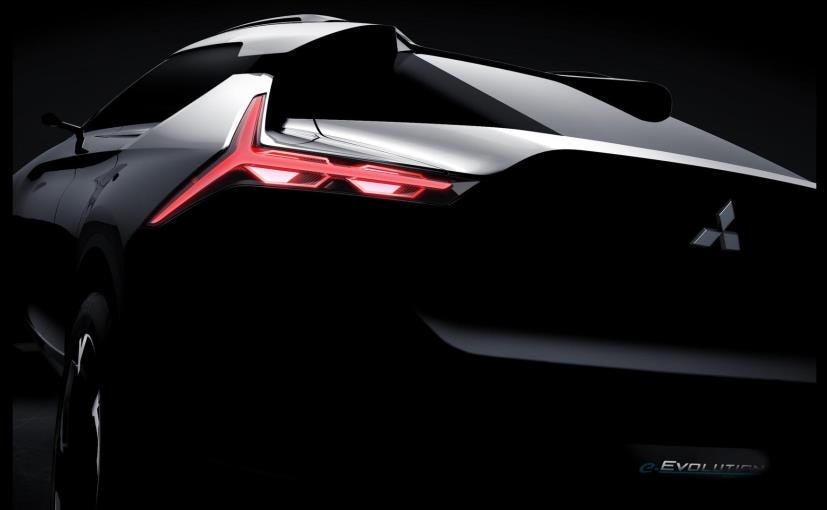 Mitsubishi has teased a brand new concept which it plans to display at the end of next month at the Tokyo Motor Show. This will, in all probability, be the preview to an all-new flagship for the brand. It's called the e-Evolution and has been envisioned as a real performance car with an electric powertrain and four-wheel drive. But from what we can understand after looking at the teaser picture, that the body style is that of a coupe-SUV and a five door at that.

Mitsubishi says that the concept will see the implementation of 'advanced artificial intelligence technology' which in all likelihood refers to autonomous technology being used in the car. As with any concept, you can see that this one get a good amount of ground clearance and massive alloy wheels. The door handles aren't visible and we can see cameras replace conventional side mirrors.

At the back we see the two extensions of the roof-mounted spoiler give the illusion of flying buttresses and there are snazzy LED taillights with graphics that look like a tri-blade boomerang. Then there's the diffuser with light blue accents and we can see the e-Evolution badge right there which confirms that an electric motor will drive this car. As far as what Mitsubishi has to say about the car, well, it says, "The concept will wave the flag under new circumstances to usher a new era of long term growth and sustainable development, returning to where it belongs to better embrace the future."

We'll have to wait for the official reveal of the concept at the 45th Tokyo Motor Show but we're sure that Mitsubishi will not stop at one teaser and we can't wait to know more.

Mitsubishi Montero
₹ 68.62 Lakh *
Subscribe to Our Newsletter
Over 1.5+ Lakhs subscribers
Thank you for Subscribing to Us