Mitsubishi India will be officially introducing the new Outlander SUV on August 20, 2018. It's the first new offering from the company in six years. 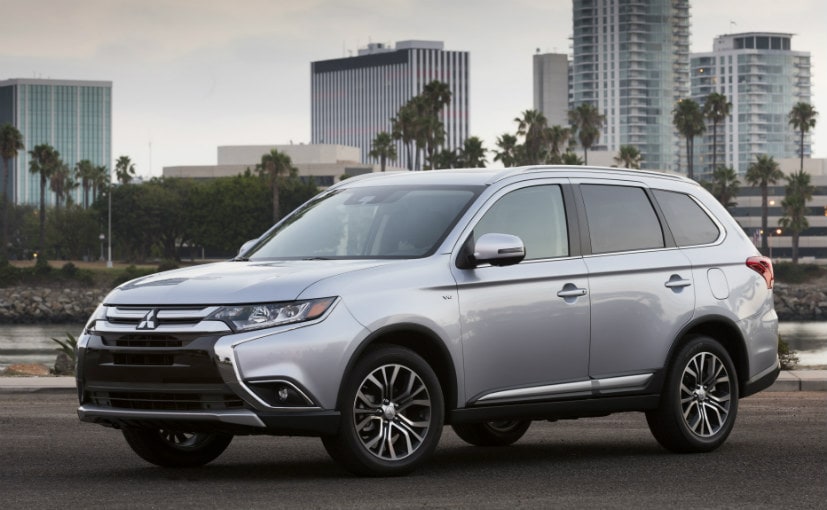 Japanese car maker Mitsubishi will be officially introducing the all-new Outlander in India on August 20, 2018. While bookings for the new SUV commenced weeks ago, the event will mark Mitsubishi's first real launch over the past six years, and return of the Outlander brand after the model was discontinued back in 2013. The new Mitsubishi Outlander has been on sale globally since 2015 and the SUV now makes its way to India. Much like the previous generation version, the new generation model will also be a petrol-exclusive offering. Details on the new Outlander are already out and the premium SUV is priced at ₹ 31.54 lakh (ex-showroom, Mumbai), offered in just a single variant.

The new Mitsubishi Outlander is a big departure from its predecessor and features an updated design language, new features, and more creature comforts. The styling is in line with Mitsubishi's global offerings with the massive chrome grille up front, LED headlamps, LED daytime running lights and fog lamps. The SUV also comes with LED taillights and multi-spoke alloy wheels that look very premium indeed.

Inside, the new generation Mitsubishi Outlander has grown into a seven-seater as opposed to the previous generation's five-seater version and comes with a 6.1-inch touchscreen infotainment system, a 710-watt Rockford Fosgate audio system with four speakers and leather upholstered seats. The Outlander is also equipped with dual zone climate control, electric parking brake with auto hold, electric sunroof, keyless entry, auto headlights, and paddleshifters. The SUV is loaded with a host of safety tech including six airbags, ABS with EBD, ASC and HSA, all of which is standard.

Powering the new Mitsubishi Outlander is a 2.4-litre MIVEC petrol engine tuned for 165 bhp and 222 Nm of peak torque. The SUV is offered only with a 6-speed CVT with Multi Select 4WD system. The Outlander is capable of hitting 0-100 kmph in 11.1 seconds, which makes it quite quick for its size.

The all-new Mitsubishi Outlander will be taking on the Skoda Kodiaq at this price point, which is not offered with a petrol engine. However, the car's major rivals in the segment will be the Toyota Fortuner, Volkswagen Tiguan and the upcoming fifth-generation Honda CR-V. The SUV continues to come as a Completely Built Unit (CBU) in its latest avatar as well.

Isuzu D-Max V-Cross
₹ 19.77 - 23.83 Lakh *
View More
Subscribe to Our Newsletter
Over 1.5+ Lakhs subscribers
Thank you for Subscribing to Us