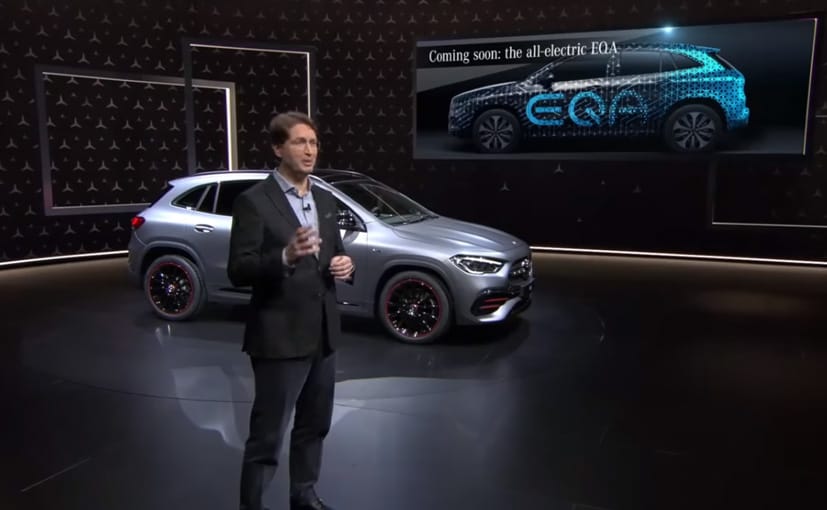 View Photos
Ola Kallenius, member of the Board of Management of Daimler, teased the EQA in his presentation

Mercedes-Benz had made its strategy quite clear when it launched the EQC globally. There were more electric cars in the pipeline and SUVs will take centre stage. It was a no brainer then that after the EQC there would be another SUV with an all electric drivertrain. In fact, Mercedes, took the opportunity at the digital launch of the new-generation GLA to make this announcement. Ola Kallenius, member of the Board of Management of Daimler, in fact said that the next electric car from the company's stable will be the EQA and even teased a picture of the car in his presentation. It was at the 2017 Frankfurt Motor Show that the company first unveiled the EQA concept but back then it was a three-door car. 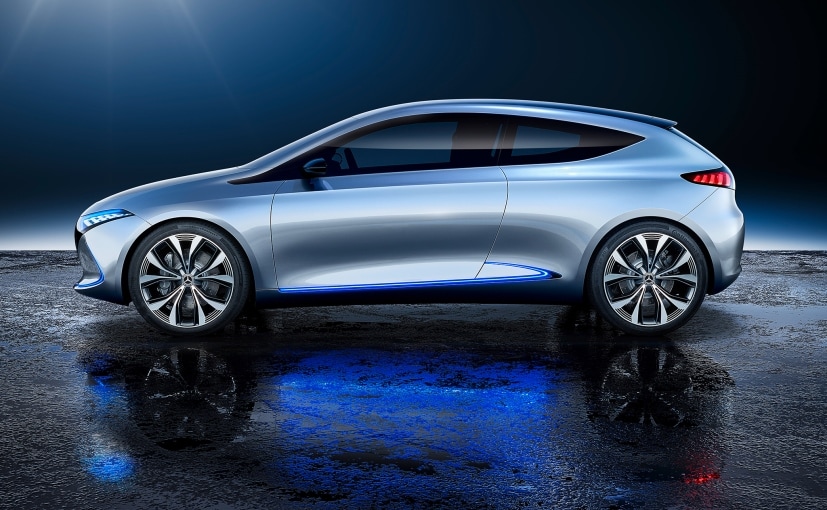 The concept was underpinned by the Modular Electric Architecture (MEA) platform that has been specifically developed for the company's upcoming EV range. The concept measures 4284 mm in length, 1811 mm in width and 1427 mm in height with a wheelbase measuring 2728 mm. This put the electric hatchback in the same range as that of the Volkswagen Golf and Audi A3. But from what we can make out in the picture teased by the company, the EQA has shaped up to be more like a crossover than a hatchback and the production model of the car will come with 5 doors which makes it extremely practical.

While there are no details shared about the EQA, Ola Kallenius only said that the car will make its global debut in 2020. We wait to know more about the powertrain of the EQA, but the concept was powered by two electric motors that are located at each axle and churn out a combined power output of 268 bhp and 500 Nm of peak torque. The EQA concept features a 60 kw flat battery pack that provides a range of up to 400 km in a single charge. There are two drive modes - Sport and Sport+. While the standard wall charging option is available on the EQA EV, Mercedes has also developed wireless inductive charging. The wall charging option also comes with a high speed charging option that will provide the juice for 100 km in 10 minutes. The EQA will be manufactured at the company's Hambach plant in France.