Mercedes-Benz GLA Facelift To Be Launched In India Next Month

The Mercedes-Benz GLA facelift made its debut at the Detroit Motor Show earlier this year and gets a host of cosmetic tweaks and new features added to the list. 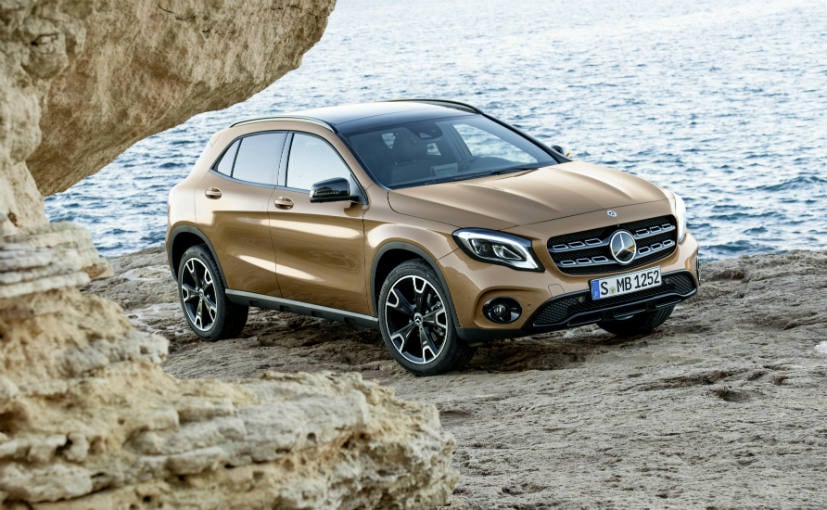 Mercedes-Benz India is on a roll this year launching products back-to-back. Following the E220d and the G63 and GLS 63 AMG models launched earlier this month, the German auto giant is now gearing up to introduce the Mercedes-Benz GLA facelift in the country and will be introduced on 5th July 2017. The GLA facelift made its debut at the Detroit Motor Show earlier this year and gets a host of cosmetic tweaks and new features added to the list.

Following the Mercedes-Benz CLA facelift that arrived late last year, the updated GLA gets a host of tweaks without major changes to the mechanical setup. Visually, the 2017 Mercedes-Benz GLA gets a revised grille with chain-link chrome elements that make for a meaner and bolder appearance on the premium compact SUV, while the tweaked bumper looks sharp and gets bigger air intakes as well. In addition, the updated GLA sports full LED headlamps instead of the earlier Bi-xenon units, while the rear gets reworked LED tail lights. There are also new alloy wheels thrown in the mix. 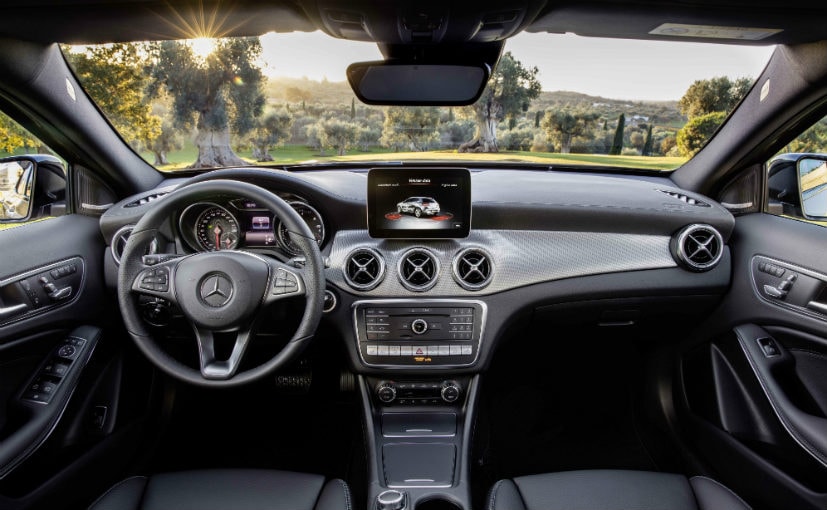 The 2017 Mercedes-Benz GLA will get a larger infotainment screen

The interior remains more or less similar to the outgoing Mercedes-Benz GLA. However, the 8-inch infotainment system is all-new and stands boldly on the dashboard. There are additional chrome bits added to the cabin as well for a premium touch, while there have subtle changes made to the instrument console and seat upholstery. The SUV now also gets Active Brake Assist, which signals the driver when a car is too close. There is also a 360-degree parking camera with a bird's eye view and electric tailgate with motion detection that requires only a foot gesture to open and close the boot. However, it needs to be seen if these features will make it here as standard. 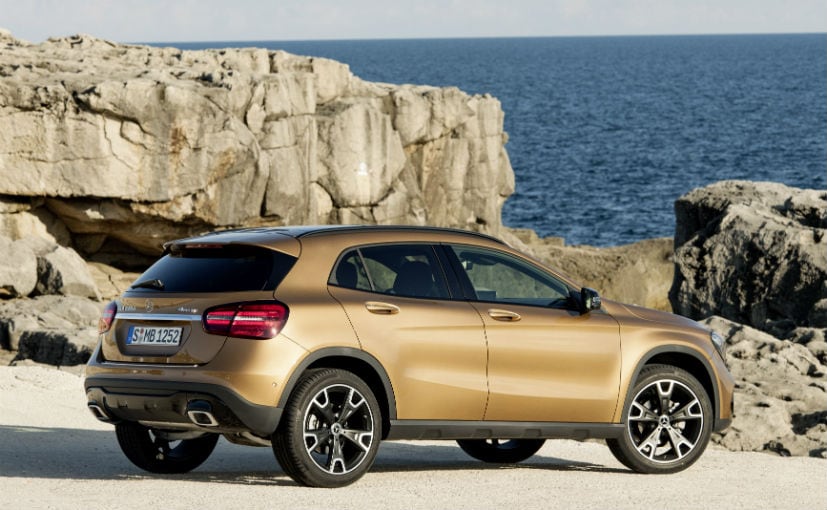 Furthermore, the Mercedes-Benz GLA facelift now sits 30 mm higher than the current version, and the change comes courtesy of a revised suspension setup. Engine options won't receive any changes on the GLA facelift, so expect the 2.1-litre diesel and 2.0-litre petrol engines to continue serve purpose on the SUV. The changes will also extend to the GLA 45 AMG.

Mercedes-Benz India will continue to locally assemble the GLA facelift at its facility in Chakan, Maharashtra while the GLA 45 AMG will be a full import. Expect more details on the facelift to arrive in the following days.