Mercedes-AMG A45 Spotted At Nurburgring Ahead Of July Debut

Mercedes-AMG A45 was spotted testing at the Nurburgring circuit, possibly undergoing some final stages of testing, ahead of its official debut in July. 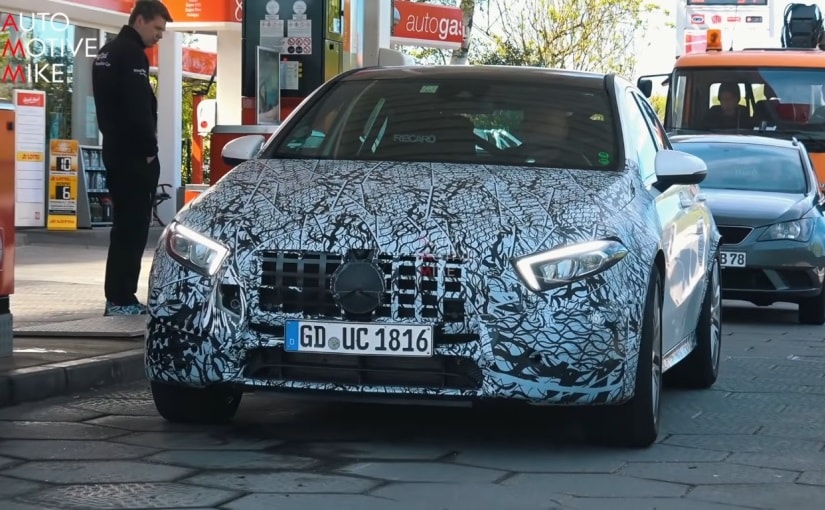 Images of a near-production production prototype of the Mercedes-AMG A45 have surfaced online. The new-gen A-Class hot hatch built by the company's performance arm, AMG, was spotted testing at the Nurburgring circuit, possibly undergoing some final stages of testing, ahead of its official debut in July. Although still heavily covered in camouflage, the car looks almost production ready. Upon launch, it's set to become the most powerful derivative of the A-Class hatchback on offer yet, and it's likely to go on sale towards the end of this year. 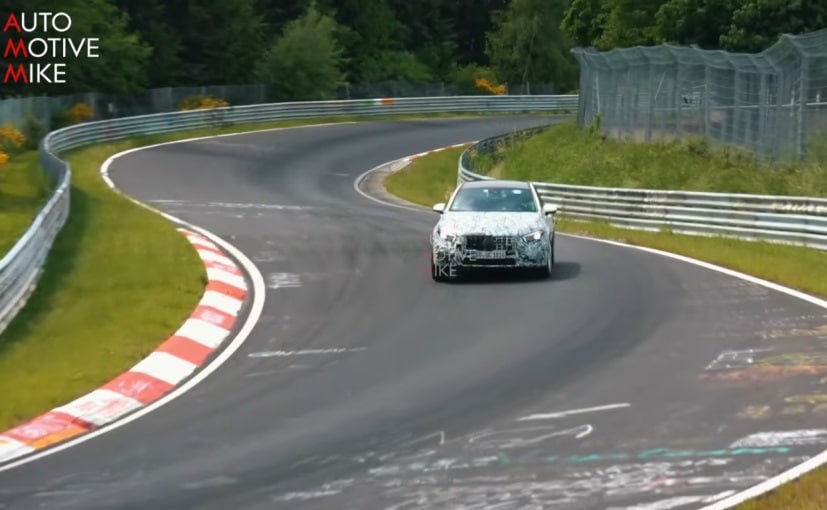 Mercedes-AMG A45 is possibly undergoing some final stages of testing

The camouflage does hide most of the car's visual characteristics, however, the exposed bits does give us a glimpse of the AMG division's signature Panamericana grille with vertical slats and the stylish angular LED headlamps with eyebrow-styled LED daytime running lamps. We also get to the see the seven-twin-spoke AMG wheels and a blacked out roof, while the rear comes with a larger rear diffuser than what's on the A35 and a quad exhaust system. 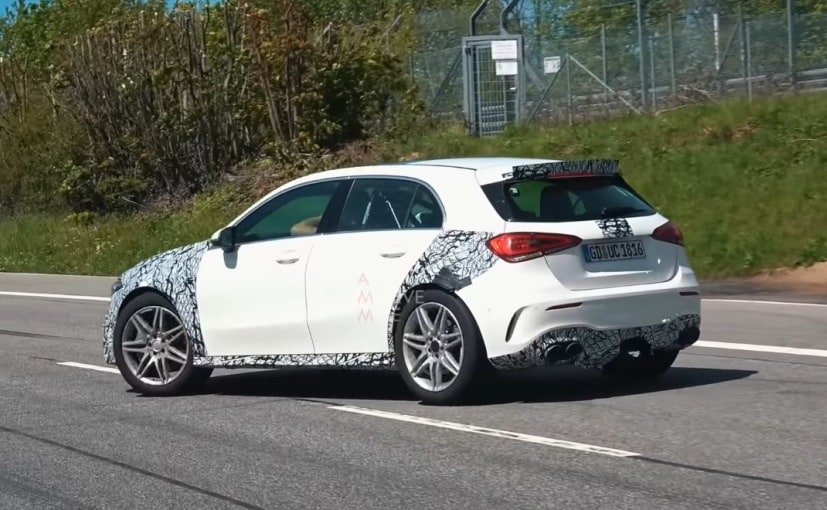 Mercedes-AMG A45 will come with a 382 bhp 2.0-litre turbocharged four-cylinder engine and a quad exhaust system

Under the hood, the AMG A45 will come with a 2.0-litre turbocharged four-cylinder motor that has been tuned to churn out 382 bhp and develop 480 Nm of peak torque in the standard version. Mercedes-AMG will also offer an S version of the engine, by increasing the twin-scroll turbo's boost from 27.6 psi to 30.5 psi, taking the total output to 416 bhp along with a peak torque of 500 Nm. The engine will come mated an eight-speed dual-clutch gearbox along with the company's trusted 4MATIC all-wheel-drive system. The car will also come with a Drift Mode allowing drivers to make the tail slide.