Maserati Rolls Out The 100,000th Ghibli From Its Grugliasco Plant, In Italy

The milestone car was that Maserati Ghibli S Q4 in the GranSport trim, powered by a 3.0 litre V6 Twin Turbo engine that is tuned to makes about 424 bhp and comes with Q4 intelligent all-wheel-drive system. 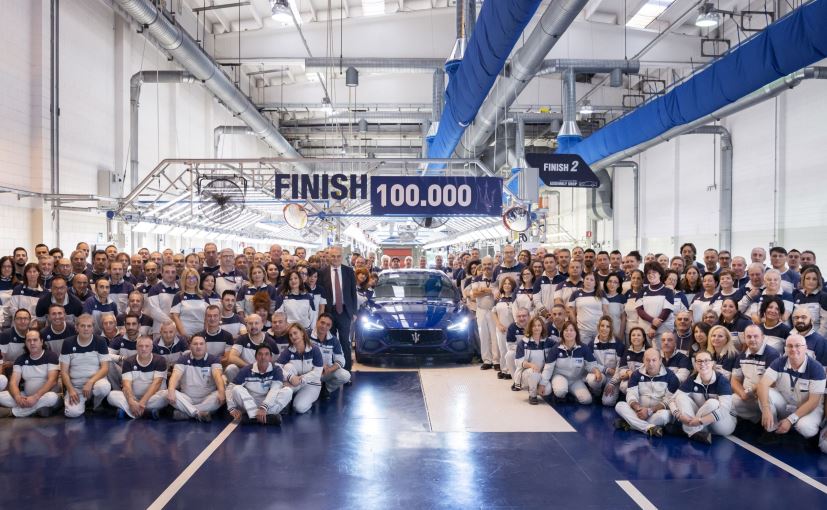 View Photos
The milestone car is the Maserati Ghibli S Q4 in the GranSport trim, with a 3.0 V6 Twin Turbo engine

Maserati has announced rolling out the 100,000th Ghibli from its Avv. Giovanni Agnelli Plant (AGAP) in Grugliasco, Italy. The plant manufactures both the Ghibli Sports Sedan and the company's flagship car, Quattroporte. The milestone car was that Maserati Ghibli S Q4 in the GranSport trim with Blu Emozione exterior colour, featuring an all-black interior, draped in natural full-grain Pieno Fiore leather. The Italian marque says that the "Ghibli number 100,000 is a major milestone for Maserati and for the people who work at the Grugliasco plant," and over the years the car has received extensive updates covering every aspect of its design and engineering.

The 100,000th Maserati Ghibli S comes with a 3.0 litre V6 Twin Turbo engine that is tuned to makes about 424 bhp and comes with Q4 intelligent all-wheel-drive system. The car is also capable of delivers impressive performance numbers, with a claimed top speed of 286 kmph and the ability to accelerate from 0 to 100 kmph in just 4.7 seconds. The Ghibli is also offered in a 345 bhp version of the V6 Twin Turbo 3.0 litre petrol engine, along with a 3.0-litre V6 turbodiesel that makes about 271 bhp. In fact, all the engines in the current Ghibli range (petrol and diesel) are Euro 6D Temp Evap and therefore comply with the latest international emissions standards. 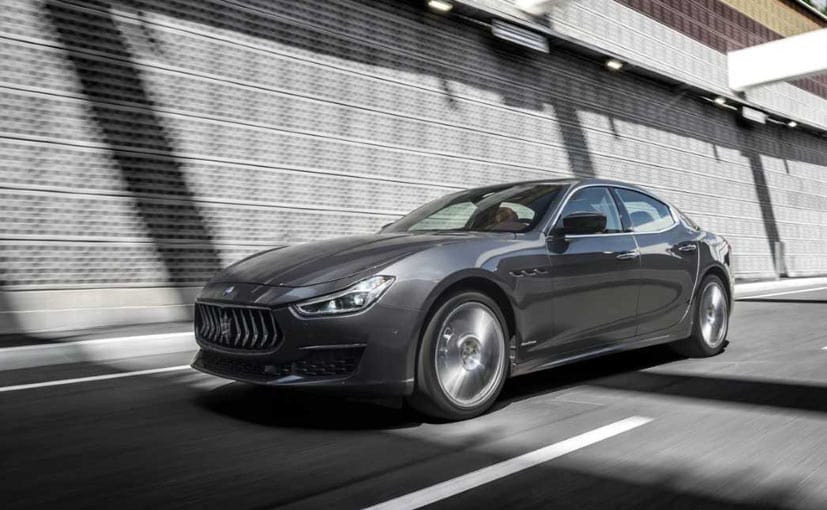 The Ghibli in question here comes with features like - Adaptive Full LED Matrix headlights, Black Piano inserts on the front bumper, the "GranSport" badge on the front wing, body-colour side skirts, red brake callipers and 20-inch polished alloy wheels. This is in addition to the customisation option that comes with a choice of 10 different bodywork colours, including Blu Nobile, a tri-coat colour with sparkling glass flakes in the paint which shimmer in the sun, and five interior colours. Plus, the alloy wheels are available in six designs with various finishes, in sizes ranging from 18 to 21-inch.

The Maserati Ghibli was first introduced at the Shanghai Motor Show in 2013, and it was also the first Maserati car to be fitted with a diesel engine. Currently, the main markets for the Maserati Ghibli are - USA, China, Italy, Japan and Germany.