Maruti Suzuki India Limited has launched the XL6 crossover in India. It is based on the new-generation Ertiga and is basically a more stylish model, with more features and will be retailed through Maruti's Nexa chain of dealerships. 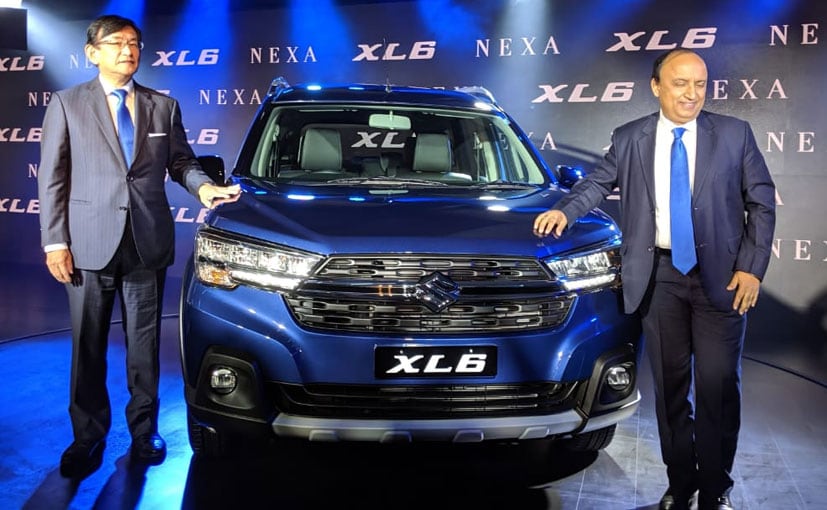 Maruti Suzuki India Limited has launched the XL6 crossover in India. Prices for the XL6 start at ₹ 9.79 lakh and go up to ₹ 11.46 Lakh (all prices are ex-showroom, Delhi). The new XL6 will be the second crossover model from Maruti Suzuki India, after the S-Cross. The Maruti Suzuki XL6 will be a 6-seater model with captain seats in the middle row and two-seater bench at the third row, having a 2+2+2 layout. Maruti Suzuki XL6 comes with a fully re-designed front end, which is in line with the company's European design language. The grille is a new hexagonal unit, getting a chrome slat and the Suzuki logo at the centre. The grille is flanked by new aggressive-looking headlamps which have integrated LED daytime running lamps and indicators. The front bumper gets muscular lines, a wide central airdam, and thick black cladding that house the new fog lamps and skid plate. The rear gets same large, sweptback LED tail-lamps as the Ertiga but there are black inserts offering a sporty look. The rear bumper is new too and gets a silver skid plate adding to the glam quotient. 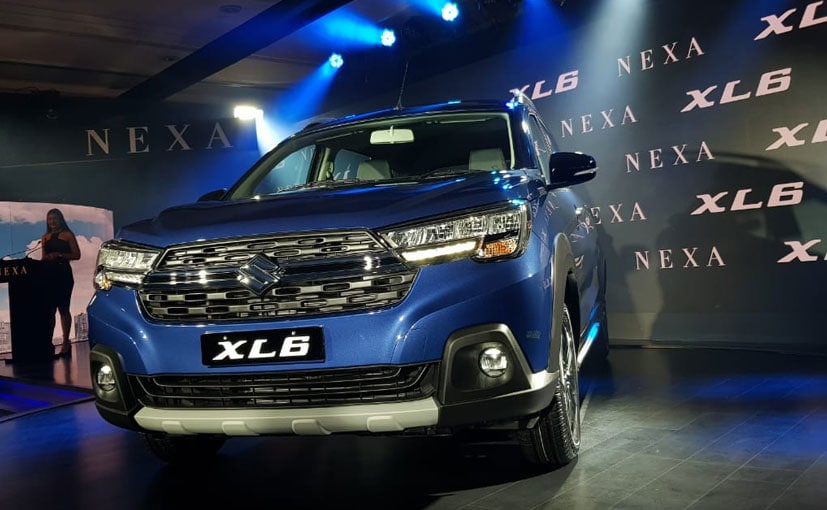 The Maruti Suzuki XL6 gets all black interiors, with premium stone finish and rich silver accents sweeping across the cabin. There's the slim wide instrument and there's also a leather wrapped flat bottom steering wheel with easy access controls and cruise control. The 3-row seating, with captain seats in 2nd row and reclining 3rd row seats. The third row passengers have ease of ingress and egress, thanks to one touch recline and slide mechanism on the 2nd row seats. Availability of ample utility spaces, such as ventilated cup holders, overhead console, accessory sockets in each row along with rear AC vents. 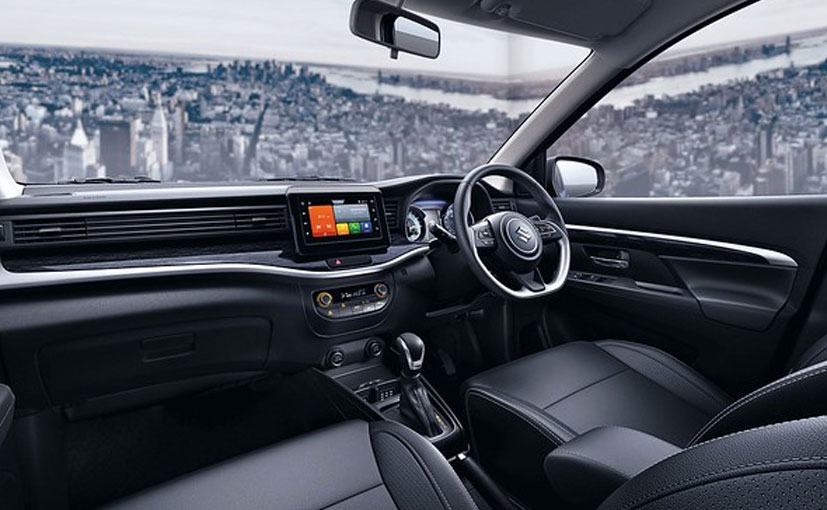 The Maruti Suzuki XL6 comes with an all black cabin

As far as features are concerned, the Maruti Suzuki XL6 will feature SmartPlay Studio infotainment system with smartphone connectivity. It is equipped with a host of safety features such as dual front airbags, ABS (Anti-lock-Braking System) with EBD (Electronic Brake force Distribution), front seat belts with Pre-tensioners and Force Limiters, ISOFIX child seat anchorages, high speed warning alert, reverse parking sensors all of which are standard fitment across all variants. ESP (electronic stability program) with Hill Hold function is offered as a standard feature in automatic variants only.

The new XL6 gets Maruti's new BS6 compliant 1.5-litre K15 petrol motor with SHVS (Smart Hybrid Vehicle by Suzuki) technology, which was recently introduced in the new-gen Ertiga. The petrol will get a 4-speed automatic torque converter and a 5-speed manual. The K15 engine offers exceptional peak power of 103 bhp at 6000rpm and maximum torque of 138 Nm at 4400rpm. There is no diesel on offer for now but the company says that it will bring in the diesel if there's demand.

The Maruti Suzuki XL6 will go up against the likes of the Renault Lodgy and the Mahindra Marazzo.

Mercedes-Benz V-Class
₹ 80.96 Lakh - 1.3 Crore *
Subscribe to Our Newsletter
Over 1.5+ Lakhs subscribers
Thank you for Subscribing to Us