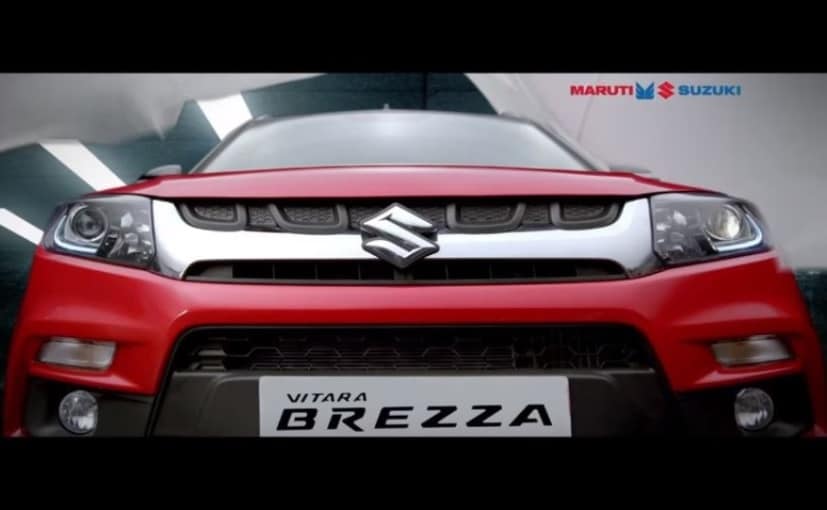 With the countdown begun for the 2016 auto expo, Maruti Suzuki is gearing up to unveil its all-new sub 4-metre compact SUV the Vitara Brezza that will go on sale by March this year. While previous reports suggested that the automaker will be introducing the model in both petrol and diesel engine options, news now comes in stating that the Brezza will be offered only with the 1.3-litre diesel heart, missing the petrol engine completely at the time of launch.

Power on the Maruti Vitara Brezza will come from the 1.3-litre four-cylinder DDiS diesel engine that already powers a host of models in Maruti's lineup ranging from the Ritz to the S-Cross premium crossover. The Fiat sourced engine will now serve the purpose on the Brezza as well and is expected in the same 75PS with 190Nm power output guise, seen on the Swift.

That said, the automaker also has a 1.5-litre petrol engine powering the Vitara Brezza ready, but will be exclusive for overseas markets like Indonesia. Selling the compact SUV with the 1.5-litre petrol also makes little sense considering it will only escalate prices on the sub 4-metre model. However, a petrol engine cannot be ruled out at a later stage in the product's life cycle.

Maruti Suzuki is also working on a new 1.5-litre diesel engine that will be functional towards the end of this decade and is expected to replace the 1.3-litre Fiat diesel mill on Maruti products in the future including the Brezza. Talking about features, the Maruti Vitara Brezza will come loaded with projector headlamps, DRLs, touchscreen infotainment system, steering mounted controls, climate control and a lot more. Visually, the front gets a masculine appeal, whereas the overall design language is boxy in order to lend a strong road presence.

Developed over a period of 3.5 years, the Maruti Suzuki Vitara Brezza acts as a milestone for the automaker's domestic research and development team with the SUV completely designed, conceived and developed in India. The Brezza will also be exported to markets overseas, especially emerging markets in Asia, Africa, Latin America and the Middle East. The automaker is optimistic about its next product expecting monthly sales of around 10,000 units and will be selling the model via its regular dealerships. Expect a price range between ₹ 5-8 lakhs (ex-showroom).