The Maruti Suzuki Vitara Brezza sales crossed the five lakh milestone in 47 months since launch, which averages to about 10,000 units sold every month. 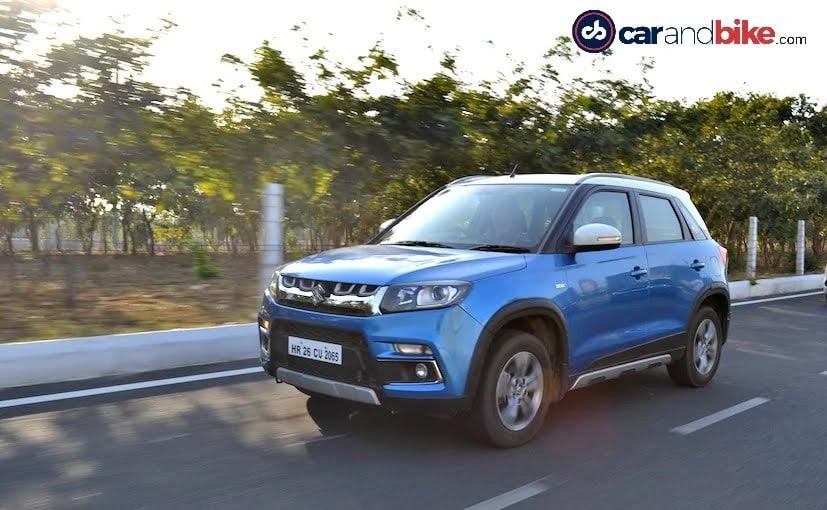 The Maruti Suzuki Vitara Brezza turned out to be a top-seller right from its launch in 2016 and the subcompact SUV has managed to hit a new milestone with sales crossing the five lakh mark. The Vitara Brezza managed the feat in a total of 47 months since launch, which averages to about 10,000 units sold every month. That makes the Brezza one of the strongest selling models in the segment against the likes of the Hyundai Venue, Ford EcoSport, Mahindra XUV300, and the likes.

Thanking customers on the occasion, Shashank Srivastava, Executive Director (Marketing & Sales), Maruti Suzuki, said, "Offering a complete package of class-leading features, stylish design, and outstanding fuel efficiency, the most awarded compact SUV, Vitara Brezza gained immense popularity within months of its launch. Designed and developed by the team at Maruti Suzuki using Suzuki core technology, Vitara Brezza struck the right chord with Indian customers. The 5 lakh unit sales in just 47 months is testimony of the customer's increasing preference for stylish and feature-packed compact SUV. We extend our gratitude to our customers for their constant support. We are confident that Vitara Brezza will continue to win hearts of customers across India."

The Maruti Suzuki Vitara Brezza has consistently been in the list of the top 10 highest selling cars in the country since its launch, despite being offered only with a diesel engine under the hood. It maintained the sales figures and has been appreciated for being a feature-laden offering in its segment. This SUV comes with an upright stance that offers an imposing look, while the compact dimensions make it easy to use within the city. The 1.3-litre DDiS diesel engine has been a tried and tested unit that impressed on the Brezza as well, being torque-friendly and efficient. The Vitara Brezza gets features like projector headlamps, touchscreen infotainment system, climate control, dual front air bags, ABS with EBD, high-speed warning alert, ISOFIX child restraint system, reverse parking sensors and more.

Maruti Suzuki managed to keep the Brezza going without a significant change over the years. However, the subcompact SUV is all set to get its first major upgrade later this year with a restyled front and rear, new features, and a new petrol engine as well. This will be the new 1.5-litre K-Series petrol engine from the Ciaz and will replace the 1.3-litre diesel on offer. The AMT auto box is also likely to be replaced with a torque converter while the 5-speed manual transmission will be standard. The Vitara Brezza facelift is likely to debut at the upcoming Auto Expo 2020, and sales can be expected to begin soon after.