Maruti Suzuki To Phase Out Current Diesel Cars By April 2020

All Maruti Suzuki diesel cars that come with the 1.3-litre diesel engine will no longer be on sale from April 1, 2020. As for the newly introduced 1.5-litre diesel engine, the company will decide to convert it to BS6 or not based on market demand.

Maruti Suzuki India has confirmed that all its diesel cars that come with the 1.3-litre DDIS 200 and the newly launched 1.5-litre DDIS 225 engine will be phased out by April 2020. The company which released the financial results for the 2018-19 financial year today announced that from April 1, 2020, none of its diesel cars will be on sale in India. The company has stated as the BS-6 norms kick in from April 2020, Maruti will mainly focus on upgrading its petrol engine line-up. In fact, 16 Maruti Suzuki petrol models need to be upgraded to BS6, including the passenger and commercial vehicle segment.

Explaining the reason for the company's decision to phase out diesel cars, R. C. Bhargava, Chairman Maruti Suzuki India said, "Any vehicle is phased out if the assessment is that it will not sell. The conversion cost of a BS4 to BS6 diesel car has a certain amount of money involved, which is quite significant. If you do that on a small diesel car, the percentage increase in the selling price of the car becomes significant. Now the viability of such a car also depends on the relative prices of petrol and diesel. If the gap between the two is large then customers will pay a higher price for a diesel vehicle, because overall it works out. But, if the gap between petrol and diesel is small, then it doesn't work unless you drive 5000 km a month which very few people do. So today the gap is very low, and with the price increase which is involved in the conversion to BS6, and the petrol-diesel price, our assessment is it's not going to be a viable product, which customers will buy." 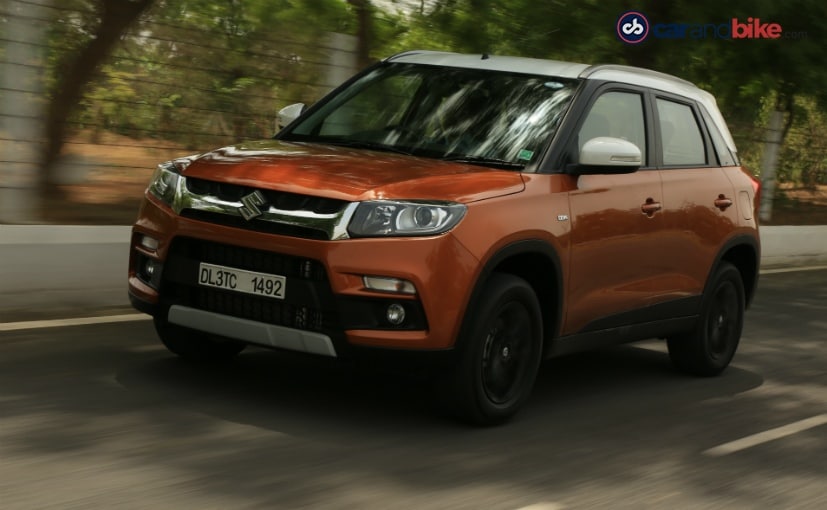 The Maruti Suzuki Vitara Brezza, which only comes in diesel variant, will get a petrol version for India

Among the company existing models, we have the Swift, Baleno, Dzire, Vitara Brezza and the S-Cross which currently come with the aforementioned diesel engine, and none of these models will get a die. While the others will continue with their respective petrol engines, both the Vitara Brezza and the S-Cross are only offered with the 1.3-litre diesel engine. Talking about the Vitara Brezza, Bhargava has confirmed that the SUV will get a petrol version before the deadline, possibly the 1.5-litre petrol engine introduced with the Ciaz and Ertiga. However, right now there is no update on the S-Cross.

The company recently launched its new 1.5-litre diesel engine with the Maruti Suzuki Ciaz, however, the carmaker has said that it may be brought back sometime later, but come April 2020, it will not be on sale in India. Maruti Suzuki will decide whether to sell the new diesel engine in India or not based on demand and prevailing market conditions. "As for the 1.5-litre engine, we will see how the market situation is. And if the market situation is favourable and the price comes out to be reasonable, then we'll convert that," said R C Bhargava. Right now, Maruti's overall diesel car sales account for is 22-23 per cent. The company has also confirmed that it will stop producing BS-4 compliant diesel engines by end of 2019.