The Maruti Suzuki Tour H1 will be based on the Alto 800 and it will be equipped with a speed limiting device that restricts the car's top-speed to 80 kmph. 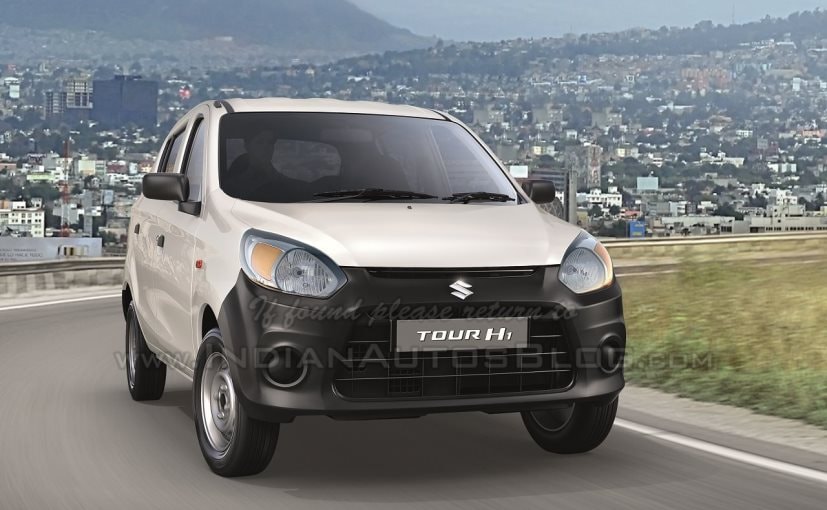 View Photos
Like other 'Tour' models, the Alto-based car will be renamed as Maruti Suzuki Tour H1

Some recently leaked brochure images suggest that Marui Suzuki India will soon introduce an Alto-based model for the taxi segment. Like other 'Tour' models in the company's line-up, the car will be renamed as Maruti Suzuki Tour H1 and it will be based on the Alto 800. Considering the car will cater to the taxi segment, as per Government directives, Maruti Suzuki has also equipped it with a speed limiting device, similar to other tour models, which restricts the car's top-speed to 80 kmph.

The leaked specifications sheet confirms that the Alto-based Maruti Suzuki Tour H1 will be powered by the same 796 cc engine that churns out 48 bhp at 6,000 rpm and develops a peak torque of 69 Nm at 3,500 rpm. The petrol engine comes mated to a 5-speed manual gearbox as standard. Other specification like the fuel tank capacity, brakes and suspension remain identical to the regular alto 800. 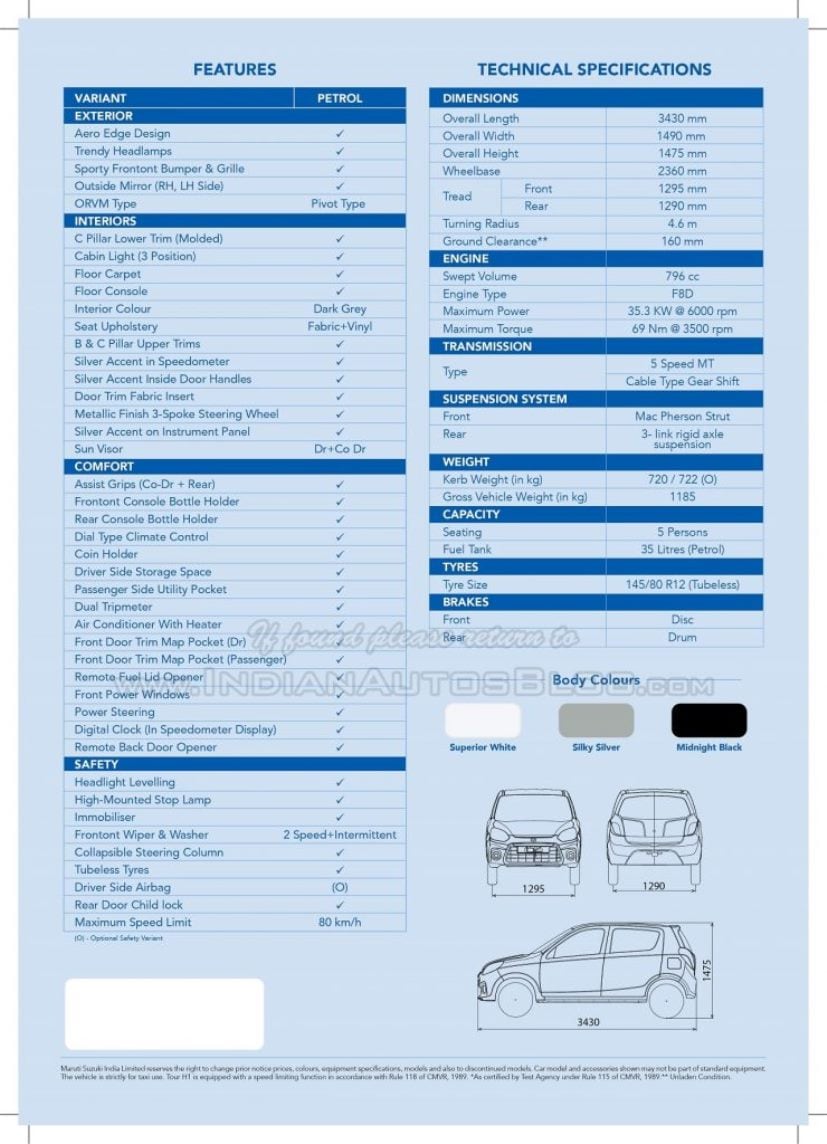 The Maruti Suzuki Tour H1 (Alto) is based on the based LXI model of the Alto 800, which means the feature list will remain quite minimal. The car comes with the standard halogen headlamps with ORVMs on both sides and steel wheels with no hubcaps. The cabin, on the other hand, offers floor carpet, cabin lights, fabric+vinyl upholstery with fabric inserts for the door, and silver accents for the speedometer, inner door handles, and instrument cluster. Other features include manual climate control, front and rear bottle holders, sun visors, power steering, front power windows, remote fuel lid opener, and digital clock among others. In terms of safety features, the Tour H1 will come with an optional driver side airbag, rear door child lock, speed limiter function, collapsible steering column, headlight levelling function, tubeless tyres, and few others.

The car will be offered in three exterior colour options Superior White, Silky Silver, Midnight Black. Current other Maruti Suzuki models under the Tour taxi segment include - the Celerio, Ecco, and the second-gen Dzire.