First launched in September 2016, the Maruti Suzuki Super Carry is offered in petrol, diesel and CNG options. The petrol version of the light commercial vehicle (LCV) is currently sold pan-India. 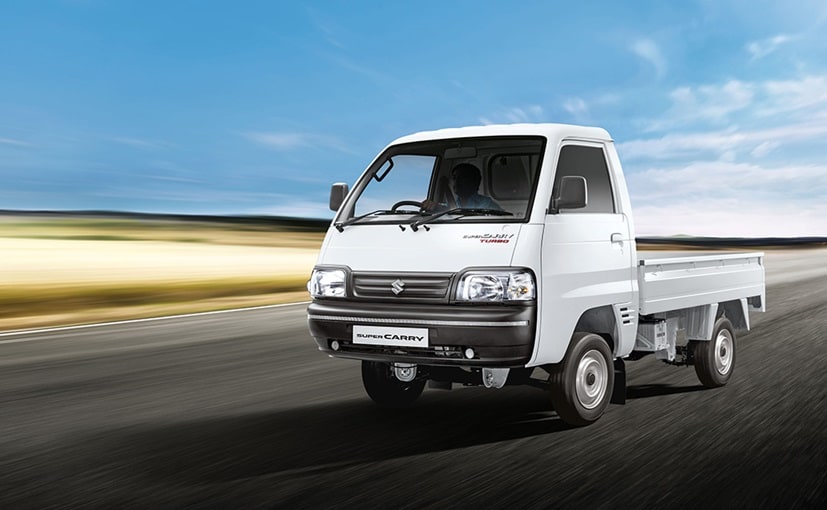 View Photos
Maruti Suzuki India has sold over 50,000 units of the Super Carry in 3 years

The Maruti Suzuki Super Carry mini truck has achieved a new sales milestone, crossing the 50,000 mark in just 3 years. First launched in India in 2016, in three cities, the Super Carry is a sub-one-tonne light commercial vehicle (LCV) and is offered in petrol, diesel and CNG options. However, back in April, the company announced that it will discontinue the diesel version. In almost one year from its initial launch, in July 2017, Maruti Suzuki introduced the CNG variant of the car, while the Cab chassis for the Super Carry was launched in February 2018.

Commenting on the new sales milestone, Shashank Srivastava, Executive Director (Marketing & Sales), Maruti Suzuki India said, "We thank our customers for their trust and support. Within a short span of three years, Super Carry has created a niche for itself. Developed specifically for India, keeping in mind the unique requirements of the Indian mini truck customer, Super Carry has won the widespread appreciation of customers. Super Carry owners vouch for its qualities like best-in-segment power, mileage, easy maintenance, comfort and enhanced storage capacity, which help enhance their profitability. The second best-selling Mini-Truck in the Light Commercial Vehicle Market, Super carry has been able to create a brand name for itself."

The Maruti Suzuki Super Carry petrol comes with a deck area that is 2183 mm long and 1488 mm wide, along with a payload capacity of 740 kg. The Super Carry offers a ground clearance of 175 mm, while suspension duties are performed by MacPherson struts at the front and a rigid axle with leaf springs at the rear. The LCV gets all the basic features including a light steering wheel, mobile charging socket, dual assist grip, multi-purpose storage spaces, lockable glovebox and bottle holders.