Mahindra's Swaraj has crossed the production milestone of 15 Lakh tractors since its inception over 4 decades ago. In the financial year 2018-19 alone, Swaraj produced over 1.2 lakh tractors in India. 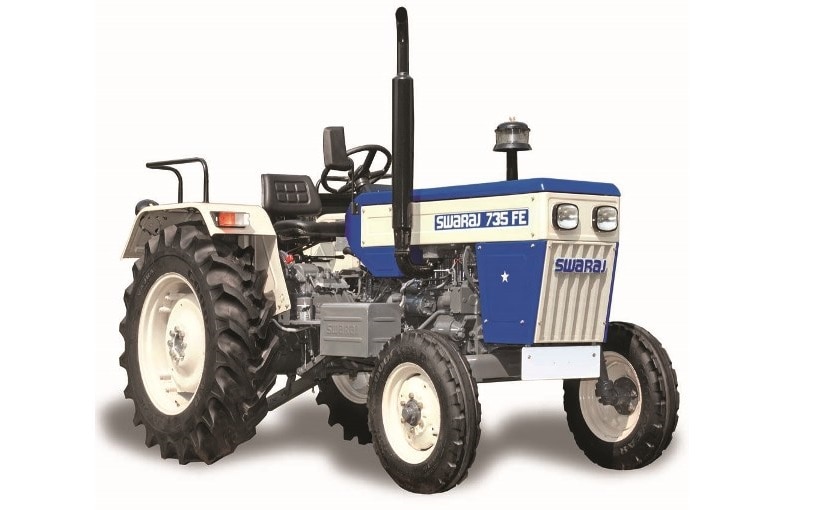 View Photos
The first 5 lakh Swaraj tractors were produced in 28 years, the next in 11 years & the last in 5 years

Mahindra and Mahindra tractor division, Swaraj Tractors has announced breaching 15 lakh units production milestone in India. The company has been producing tractors in India for over 40 years now, and in the financial year 2018-19 alone, Swaraj produced over 1.2 lakh tractors in India. Swaraj achieved the first 5 lakh milestone after 28 years since its inception in 2002, while the second 5 lakh figure was completed over the next 11 years in 2013. The last 5 lakh units that competed the 15 lakh units milestone was achieved in just 5 years, cementing the fact that Swaraj has been one of the fastest growing brands in the domestic tractor market over the past few years.

Talking about the milestone, Harish Chavan CEO, Swaraj Division said, "We are thankful to all our stakeholders for their unconditional support toward the growth of this brand. Swaraj has constantly achieved manufacturing excellence which reflects our commitment and spirit of accepting no limits. This achievement will be a stepping stone to many more accolades for us in times to come".

The 15th lakh Swaraj Tractor to be rolled out from the production line was the Swaraj 735FE, one of the company's highest selling models. The company currently manufactures tractors in the range of 15HP to 65HP and provides comprehensive farming solutions for the Indian market. As of now, Mahindra's Swaraj Tractors has three manufacturing units, including a foundry and an R&D centre, all located in Punjab.