Mahindra XUV300 becomes the latest Indian car to get a 5 star crash test rating from Global NCAP and it scores 4 star rating for child protection, which is the highest among any Indian car that Global NCAP has tested. 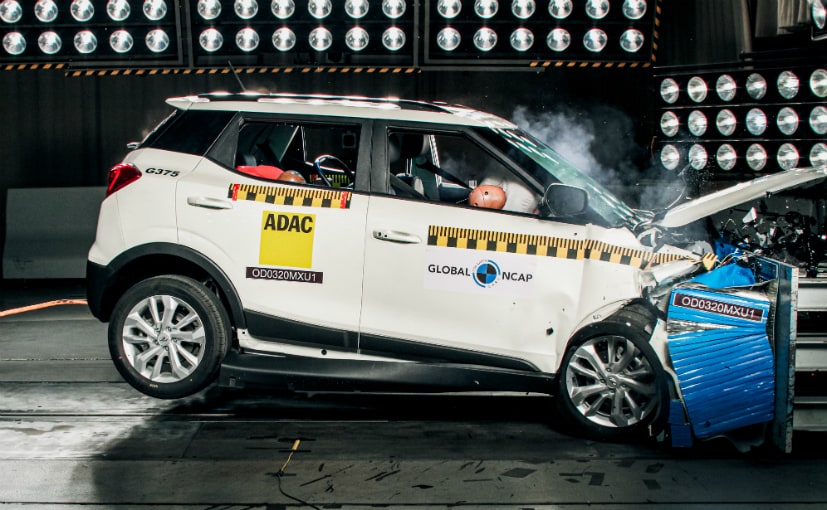 We have seen Indian cars scoring 5 stars in Global New Car Assessment Program crash tests in the Tata Nexon and Tata Altroz and definitely Tata has set the bar high for passenger safety with its cars. But now, Mahindra joins Tata in finally having a 5 star rated car and it is the Mahindra XUV300 which scored 5 stars in the latest round of global NCAP crash tests. In fact, not only does the XUV300 score 5 stars but it outshines the Tata duo, scoring more points than the other two. The Mahindra XUV300 scored a maximum of 16.42 points out of a possible 17, while the Altroz scored 16.13 points and the Nexon scored 16.06 points. This makes the Mahindra XUV300 the safest tested Indian car by Global NCAP. It scored 5 stars in adult occupant safety and 4 stars in child safety, which is the highest rating that any Indian car has received so far. The XUV300 scored 37.44 points out of a possible 49 points while the Nexon and the Altroz scored 25 and 29 points respectively. (The Mahindra XUV300 scores the highest)

The crash tests showed that the level of intrusion was the lowest in any Indian car tested and the XUV300 also has the best side impact crash worthiness performance among all Indian cars that Global NCAP has tested so far. All cars tested by Global NCAP are the entry-level variants of the respective models. Mahindra XUV300's standard safety features include 2 frontal airbags. Electronic stability control and side impact airbags are optional fitments. Global NCAP noted that the structure and the footwell area were stable and it offered good protection for the head and neck along with the knees as well. The chest protection for the passenger was rated good while for the driver, was adequate.

Also Read: Here's A List Of All 5 Star Rated Cars In Euro NCAP Crash Test For 2019 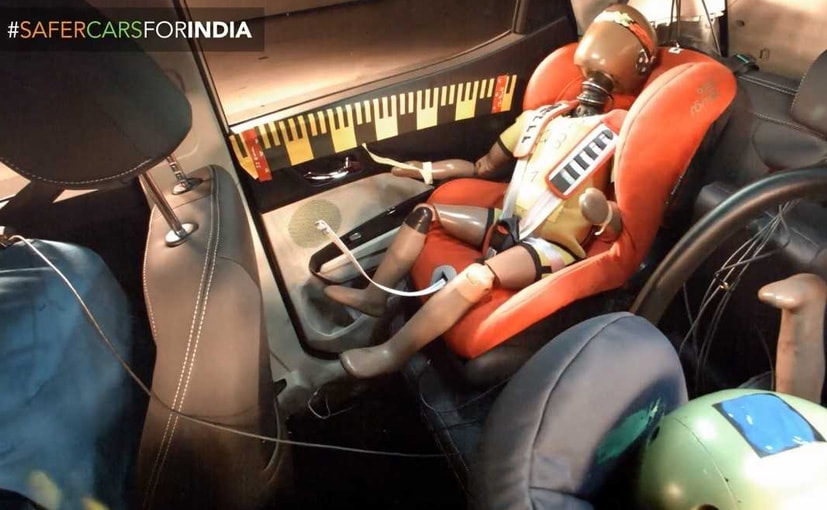 (The Mahindra XUV300 scored 37.44 points out of a possible 49 for child protection, which is the highest on any Indian car tested by Global NCAP)

With the best side impact protection on offer, the XUV300 offered good protection for the child dummy with one of the child seat installed rearwards. The other child dummy was seated facing front and the car offered adequate protection to the dummy. Global NCAP explained that the lack of 3-point seat belts in all positions and the poor ISOFIX markings led to a 4 star rating instead of a 5 star one for child protection at the rear.