The new limited-edition Mahindra Thar 700 is part of the last 700 units of the iconic off-road SUV, in its current-generation avatar. Next year Mahindra is expected to launch the new-generation Thar. 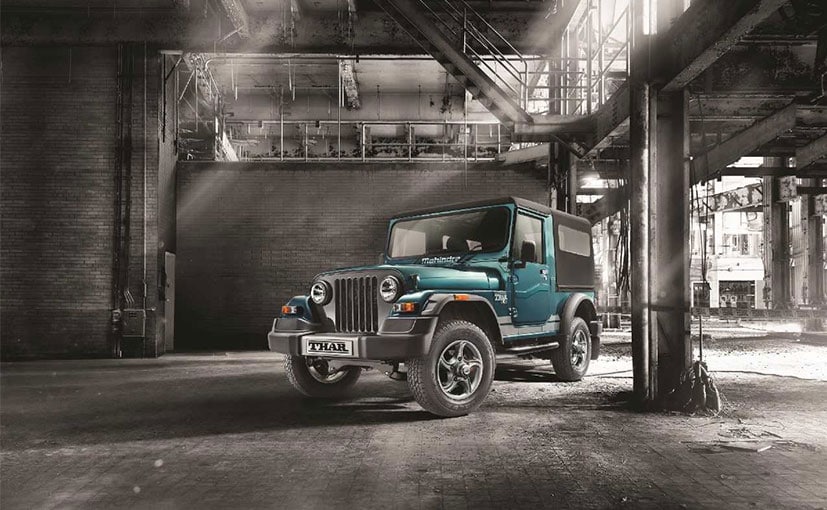 Just days after we shared the details about a new special edition Mahindra Thar, the company has now officially launched the new limited-edition model of the off-road SUV. Christened the Mahindra Thar 700, the company will be making only 700 examples of the SUV, which will also be the last 700 units of the current-generation model. Mahindra is already working on the new-generation Thar, which is slated to be introduced sometime next year. As of the new Mahindra Thar 700, this new limited-edition model has been priced in India at ₹ 9.99 lakh (ex-showroom, Delhi).

Speaking on the special edition Thar 700, Veejay Ram Nakra, Chief of Sales and Marketing, Automotive Division, Mahindra & Mahindra Ltd. said, "We are delighted to introduce the last 700 units of our iconic off-roader, Thar, in its current avatar. We believe that the enthusiasts will see it as their last chance to own a piece of this Mahindra legacy, as a must-have garage collectable. The Thar is clearly an extension of our 70 years legacy and what brand Mahindra stands for. Over the years, it has successfully shaped the lifestyle vehicle segment while being popular with the off-road tribe." 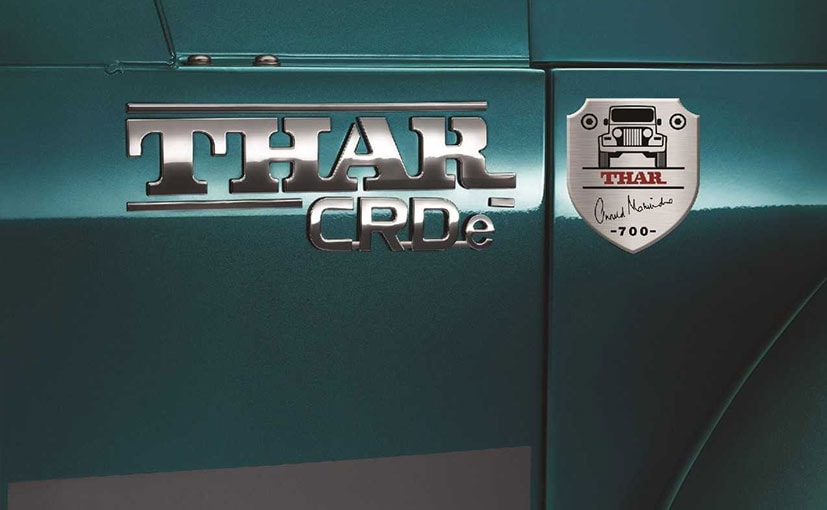 The Mahindra Thar 700 comes with a special badge with the signature of Anand Mahindra, Chairman - Mahindra Group

Visually, the biggest highlight of the new Mahindra Thar 700 is the special badging above the front fender with the signature of Anand Mahindra, Chairman - Mahindra Group. As for colour options, in addition to the popular Napoli Black shade, the SUV will also come in an all-new Aquamarine colour, seen in these images. Rest of the visual changes include - black finish for the grille, decals on the side and bonnet, new stylised 5-spoke alloy wheels, and silver finish for the bumper. Changes made to the cabin are very limited, featuring the same beige interior with body coloured door frames and B-pillar. In fact, the only mentionable update is the new leatherette seat covers that come with Thar branding. 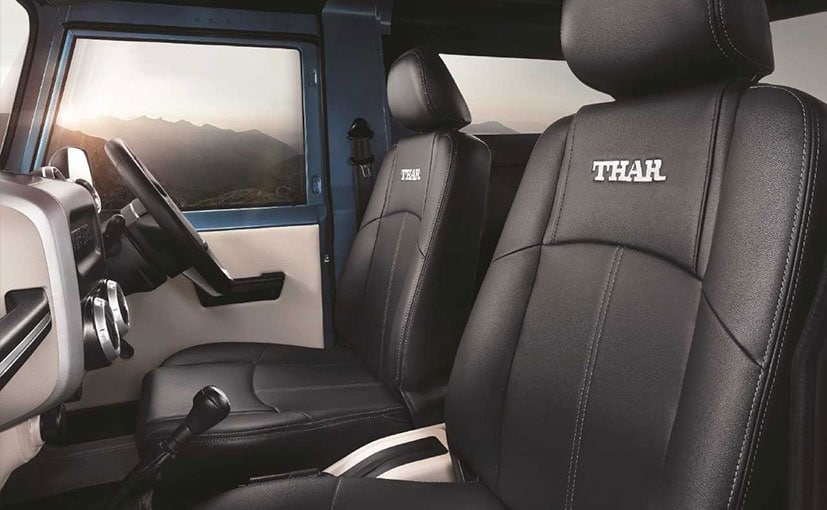 Apart from ABS, there are no mechanical changes on the Mahindra Thar Signature Edition. The special edition off-roader is only available with the 2.5-litre CRDe four-cylinder, turbocharged diesel engine tuned for 105 bhp and 247 Nm of peak torque. The motor is paired with a 5-speed manual transmission, along with a low ratio 4x4 transfer case and a rear locking differential. The new Mahindra Thar 700 is open for bookings at all authorised Mahindra dealership and online at the company's "Mahindra SYouV" website.