Mahindra KUV100 Electric, Diesel AMT, And TUV300 Facelift To Be Launched By 2019

Mahindra is planning to introduce fully-electric KUV100 and updated TUV300 in 2019, while a diesel AMT version of the KUV100, will come by the end of this fiscal. 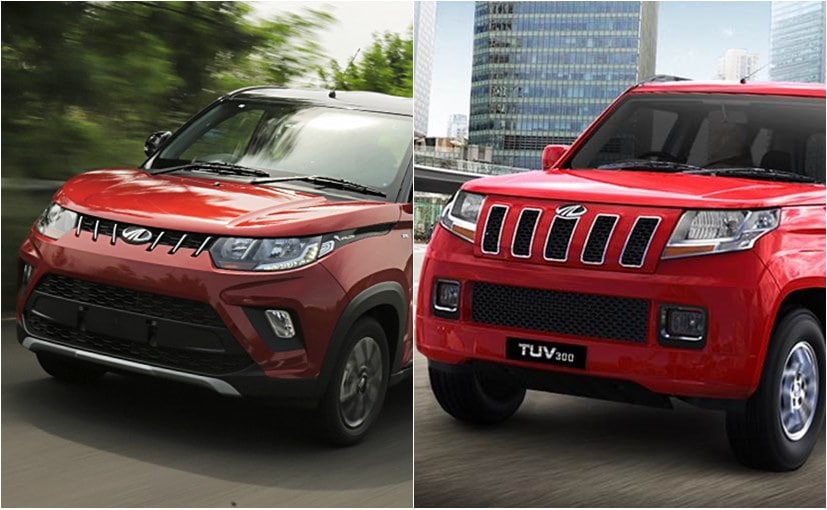 View Photos
Mahinda has long term strategies for the KUV100 and TUV300, for the Indian market

Mahindra and Mahindra is currently planning to update its KUV100 and TUV300 model product range in India, according to a report by PTI. With an aim to cater to different sets of customers, the home-grown utility vehicle manufacturer is reportedly planning to invest in new technologies, including making the products compliant to BS-VI emission norms. Among its future products, Mahindra is planning to introduce the TUV300 facelift in 2019 and a fully-electric version of the KUV100. Furthermore, the company also plans to introduce a diesel version of KUV100, mated with an automated manual transmission (AMT), in the current fiscal.

Talking of the range expansion Veejay Ram Nakra Chief of Sales and Marketing (Automotive Division) Mahindra and Mahindra told PTI, "We always said that we want to be full range SUV player and both these products (TUV300 and KUV100) are very important for us." In addition to that, Nakra also said that in addition to achieving BS-VI compliance for the vehicles, the company is also investing to make them meet all safety regulations which come into force from October 2019. The company is also looking at an entire strategy for drivetrains for all its products with regards to BS-VI compliance.

On the other hand, talking of the TUV300 facelift, Nakra said, "We are investing substantially not only on the styling part but there would also be a change in terms of technology and engineering to make it a better product". Right now, Mahindra sells around 3000 units of the TUV300 per month, and with the recent introduction of the TUV300 Plus, the company is expecting the numbers to go up to 4000 units soon. As for the Mahindra KUV100, Nakra said that the company has long-term plans for the model. "It is just not going to be an entry-level model from us but also going to have an electric version going ahead," he added.

When asked if the company is planning to bring in electric variants for all its SUVs going ahead, Nakra said, "There has to be an economics to the platform for the electric version in terms of range, price for customer." He further added, "The moment you look at larger heavier SUVs it becomes difficult from economics point of view...but for now KUV is the first SUV on electric that we will offer to the market."