Internally codenamed 'Y400, the Mahindra Alturas G4 is now open for bookings at the company's dealerships for a token amount of Rs. 50,000 and is scheduled for launch on November 24. 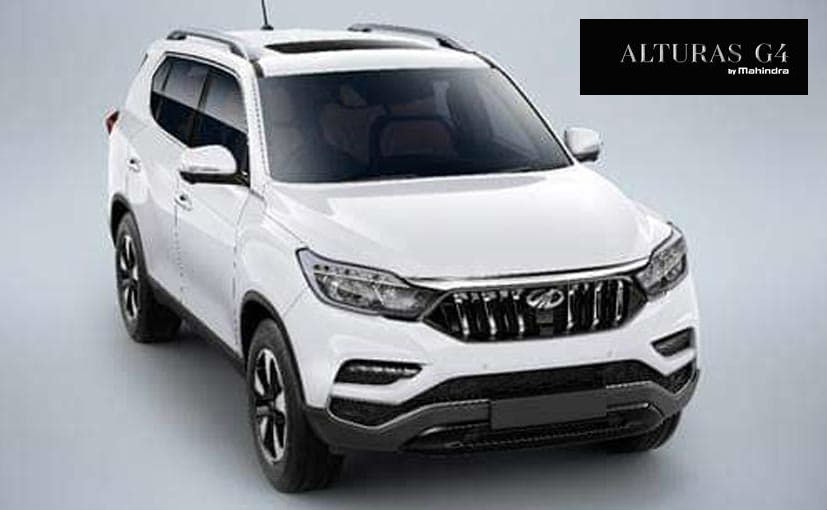 The Mahindra Alturas G4 is the automaker's upcoming flagship SUV and bookings have now begun for the offering ahead of its launch on November 24, 2018. Dealerships across the country have started accepting bookings for a token amount of ₹ 50,000, while deliveries will commence by the end of this month, soon after the launch. The 'Alturas G4' is the name of the production-spec SUV, which was internally known as the Y400, and what was largely speculated to be called the XUV700 across the internet. The Alturas G4 moniker also diverts from Mahindra's strategy to have nameplates with the name ending with an 'O'. While Mahindra is yet to reveal prices on the Alturas, an aggressive strategy is expected from the company with the SUV carrying a price tag starting at ₹ 25 lakh (ex-showroom).

Speaking about the new nameplate for its flagship offering, Mahindra & Mahindra, - Chief of Sales & Marketing, Veejay Nakra said, "The word Alturas means 'height' or 'pinnacle'. The Alturas G4 represents a gateway into luxury for those who have reached the pinnacle of success in their lives. Being our most luxurious offering, exquisitely designed and crafted, we believe that the Alturas G4 name perfectly describes this product."

Mahindra clearly wants to demarcate is new offering as a niche product in the premium SUV segment, which will compete against the likes of the Toyota Fortuner, Ford Endeavour, Skoda Kodiaq, Volkswagen Tiguan, all of which compete in the ₹ 25-35 lakh price segment. The Mahindra Alturas G4 shares its underpinnings with the new generation SsangYong Rexton G4 and is to a certain extent a re-badged version of its South Korean version. The Alturas will be tweaked to meet Indian customer sensibilities.

With respect to features, the new Mahindra Alturas G4 will get full LED headlamps with daytime running lights, alloy wheels, larger alloy wheels, electric sunroof and more. Interior features will include a multi-zone climate control system, electrically adjustable front seats, 8-inch touchscreen infotainment system that is likely to support both Android Auto as well as Apple CarPlay right from the start. The Alturas G4 will come reportedly come with as many as nine airbags, ABS with EBD and an electric parking brake.

Power on the Mahindra Alturas G4 is all set to come from the 2.2-litre turbocharged diesel engine tuned for 183 bhp. A petrol engine has not been confirmed yet. The Alturas G4 will be built at the automaker's facility in Chakan, near Pune. Complete details on the SUV will be offered on November 24, and we will be bringing you all the details from the launch event. Make sure to keep watching this space!