The locally assembled Kawasaki Ninja ZX-10R and ZX-10RR were launched recently and are currently the most affordable litre-class supersport in the country. 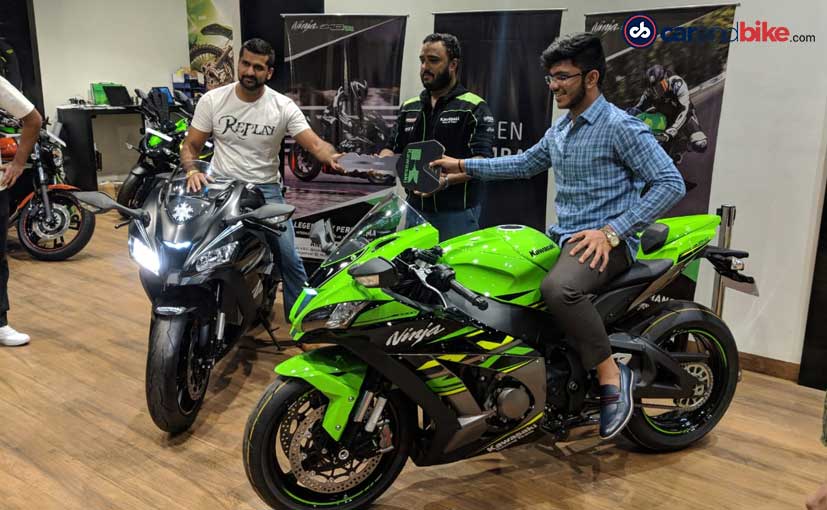 India Kawasaki Motor (IKM) has commenced deliveries of the locally assembled Ninja ZX-10R and ZX-10RR across the country. The first examples of the litre-class motorcycles were delivered to owners in Mumbai at the company's dealership - Anzen Kawasaki. The Japanese bike maker introduced the locally assembled ZX-10R and ZX-10RR bikes in the country few weeks ago with a massive price cut of ₹ 6 lakh and ₹ 3.1 lakh respectively. With the price drop the Kawasaki Ninja ZX-10R is now the most affordable litre-class supersport motorcycle in India, and is cheaper than the Honda CBR1000RR Fireblade that held the crown until earlier this year.

Kawasaki India has sold out the 100 bikes that were allotted for the country this year, which are surprising numbers for a supersport offering. The India-spec Kawasaki Ninja ZX-10R and Ninja ZX-10RR remain identical to their Japanese counterparts. However, the company retails the model as a single-seater in the country. This allows Kawasaki to work its way around homologation which requires a saree guard to be retrofitted on the super bike. The bikes miss out on the rear seat and pillion foot pegs when it comes out of the bike maker's Chakan facility, but the same can be added for an additional cost of nearly ₹ 40,000 as a dealer fitment. 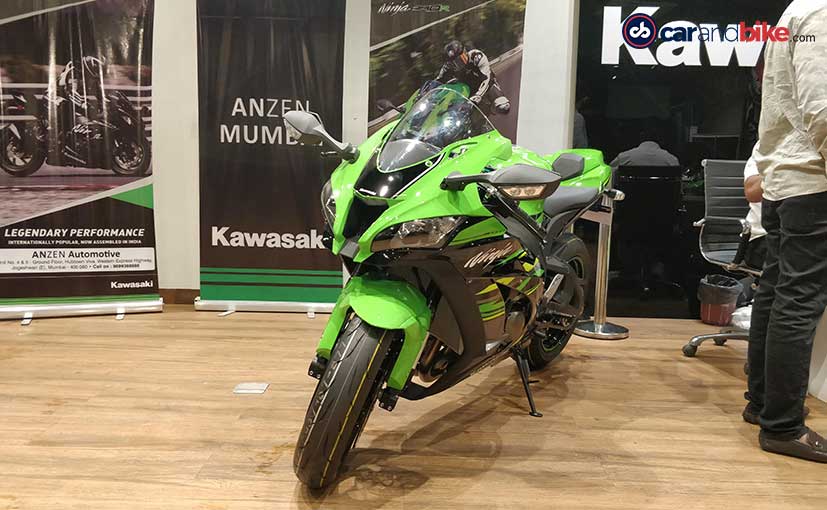 Based on the World SuperBike Championship (WSBK) Kawasaki Ninja ZX-10R, the road-legal version is powered by a 998 cc in-line, four-cylinder engine that produces 198 bhp at 13,000 rpm and 113.5 Nm of peak torque at 11,500 rpm. The motor is paired with a 6-speed gearbox and comes with a host of electronics including a quick-shifter, Kawasaki Traction Control, launch control, Kawasaki Engine Brake Control, ABS, cornering management as well as engine braking function. The bike also comes with multiple power modes, while an inertial measuring unit (IMU) controls all the electronics.

Meanwhile, the Kawasaki Ninja ZX-10RR is the more track-focussed version of the litre-class offering and comes even close to the actual WSBK bike. The ZX-10RR justifies that extra R with additional equipment onboard including the 7-spoke Marchesini forged aluminium alloy wheels wrapped in Pirelli Diablo Supercorsa tyres. The bike also comes with a reinforced crankcase for higher reliability and comes with a modified cylinder head. The ZX-10RR uses Brembo M50 brake calipers with grooved rotors for  added cooling and a radial master cylinder.

Kawasaki has big plans for India and the company is looking to tap into the country's potential for premium bikes. The bike maker is looking to make its Indian subsidiary a manufacturing hub for bikes that will be exported to markets like Africa and Latin America. The company is also evaluating low displacement motorcycles for India.