The special edition 'Lamborghini Aventador S Roadster was designed celebrate the Italian marque completing 50 years in the Japanese market. The car will only be available in Japan and is inspired by the five natural elements in Japanese culture - earth, wind, fire, water, and sky. 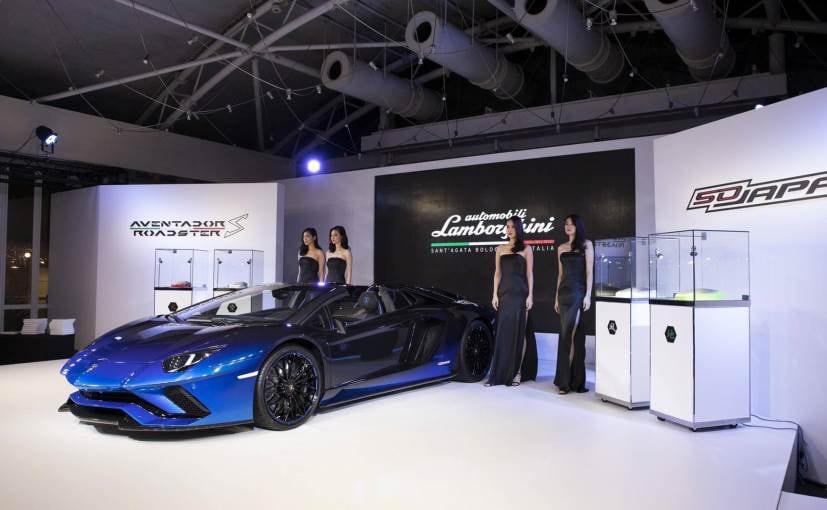 Lamborghini has unveiled a new limited edition model of the much popular Aventador S Roadster. The Italian supercar maker has christened it - Lamborghini Aventador S Roadster 50th Anniversary Japan, and yes that is indeed quite a mouthful. As the name suggests, this special edition droptop Aventador S has been launched to commemorate the brand completing half a century in the Land of the Rising Sun. To make things more special, Lamborghini has introduced this new Aventador S Roadsters in five unique versions, inspired by the five natural elements in Japanese culture - earth, wind, fire, water, and sky. 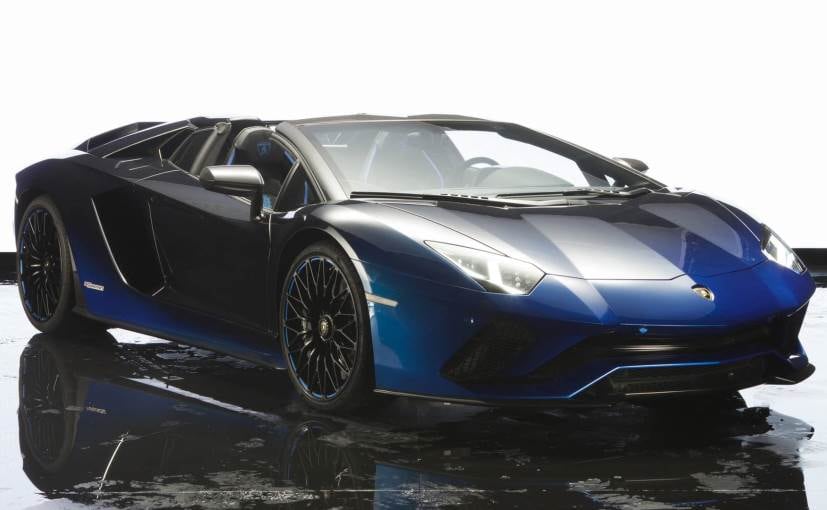 The new Aventador S Roadster 50th Anniversary Japan was unveiled during the recent 'Lamborghini Day 2017' in Tokyo and the one that was showcased was the 'water' version. Tokyo witnessed a parade of more than eighty modern Lamborghini models, which wound through the famous area of the Tokyo Tower and the fashionable Ginza district. There were also a few beautifully restored classic Lamborghinis like the Miura SV and a 1976 Countach LP at the event. Along with the actual water version of the car, Lamborghini also has scale models of the other four cars based on the remaining elements. 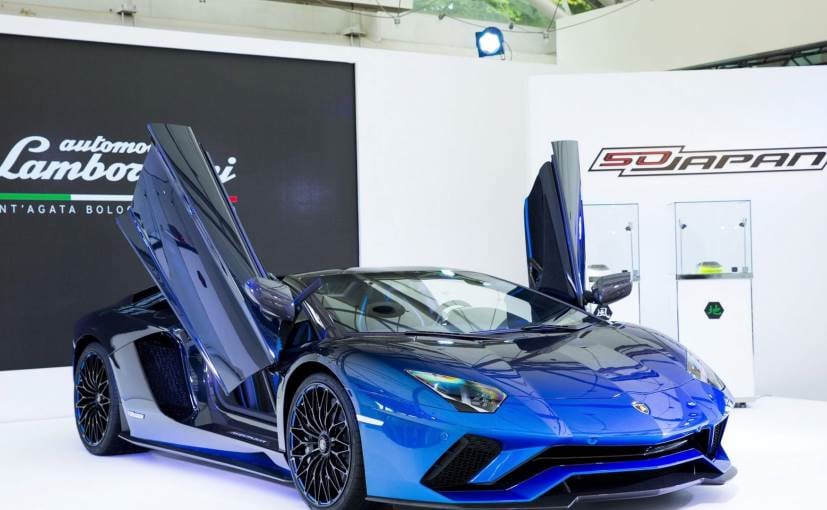 The idea for this special edition Aventador S Roadster was developed by Lamborghini's Ad Personam Department in collaboration with Centro Stile, which led to the creating of a unique paint for each model, signifying their natural elements. The 'Water' version, for instance, comes in a combination of blue and black, which took 170 hours of labour and the contribution of ten specialists to create. The windscreen frame and the hard top, are both made of exposed carbon fibre and there is a '50 Japan' badge near the rear fender. 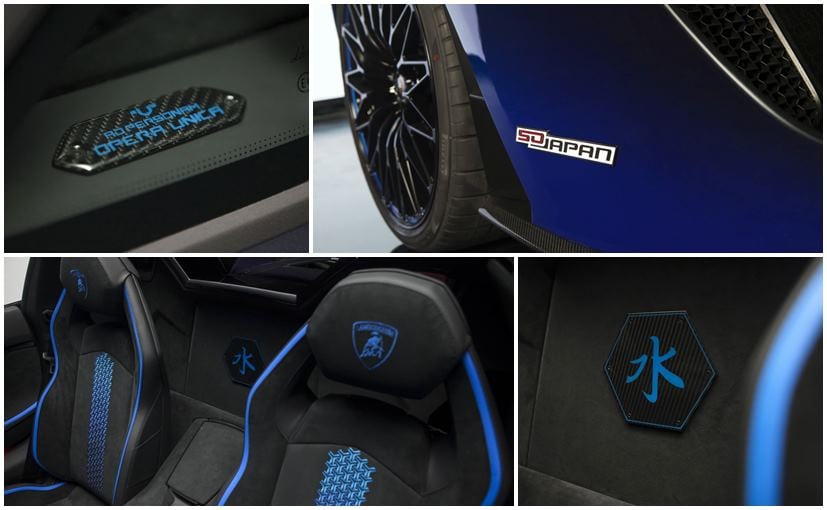 To complement the exterior design, the cabin comes in Nero Ade black leather and Nero Cosmus black Alcantara interior. The colour of the stitching matches that of the exterior, with the same gradations and shading: an effect that required 100 hours of labour by six specialists. Another unique feature of the car is the embroidery on the seats and on the hardtop that evokes the Japanese symbol for bamboo (Y). The cabin also features a hexagonal carbon fibre plate with the Japanese symbol for water that completes the design. 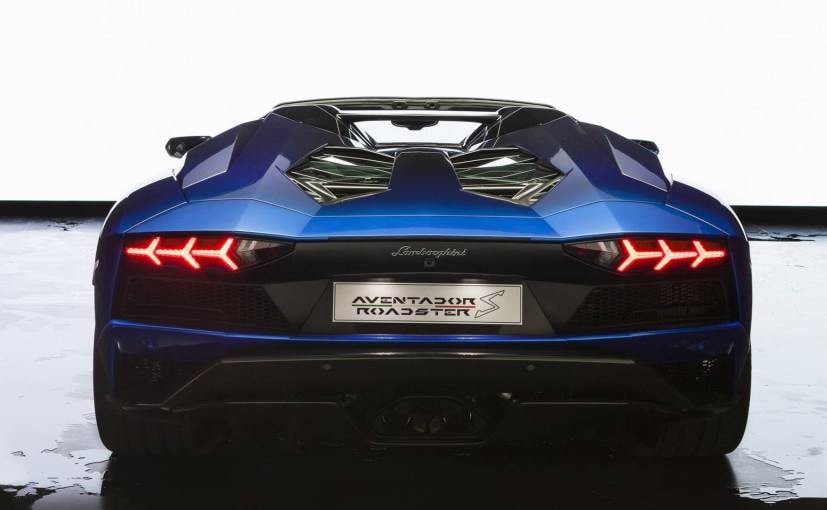 The reason why Lamborghini has introduced this limited edition Aventador S Roadster only in Japan is because, it is the carmaker second most important market and has quite a long history with the brand. Lamborghini arrived in Japan 50 years ago, starting from the first imports of the 400 GT model and since then the country has welcomed seen many iconic raging bulls, including the Miura, Diablo, and Countach. In fact, the Italian marque also hopes to get a stronger foothold in the market with the launch of the Urus SUV, which is slated to arrive in Japan in 2018.