KTM has officially confirmed the launch of the 390 Adventure for India, and the model will make it to our shores next year sold alongside the Duke and RC motorcycles. 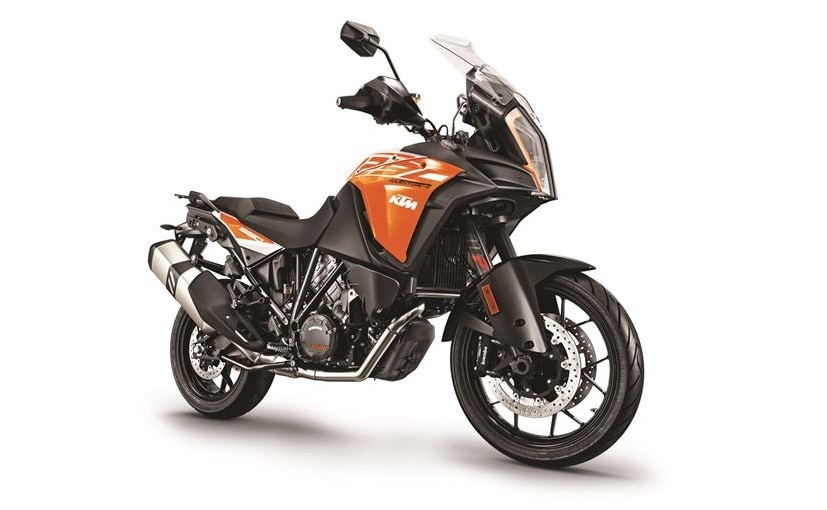 Austrian bike maker KTM has officially confirmed the launch of the much awaited 390 Adventure for the Indian market. The KTM 390 Adventure has been in the pipeline for a while now, and we first heard about the model from Bajaj Auto, Managing Director, Rajiv Bajaj last year at the launch of the RC range. The KTM 390 Adventure will be the smallest adventure motorcycle from the manufacturer and will be sold alongside the Duke and RC range in the bike maker's stable. The new offering will take on the niche yet growing adventure motorcycle segment which offers the  Royal Enfield Himalayan and the upcoming BMW G 310 GS.

Also Read: Rajiv Bajaj Confirms KTM 390 Adventure; Will Be Made In India

Commenting on the upcoming launch Amit Nandi - President (Probiking), Bajaj Auto said, "KTM is a niche brand for a select few. With the 390 Adventure we would be making our long-awaited entry into the niche premium dual-sport segment which is a very apt segment for Indian roads."

A lot is expected from the KTM 390 Adventure, which is expected to be a game changer in the segment. The upcoming motorcycle will draw its lineage from the brand's rally-racing history and from the 1290 Super Adventure in the company's stable. Much like the Duke range, expect the Adventure series from KTM to look identical and the 390 Adventure will be taking several design cues from the 1290 Adventure. The bike is also expected to get alloy wheels, while the option of spoke cannot be ruled out.

The upcoming 2019 KTM 390 Adventure will be sharing its underpinnings with the 390 Duke. So expect the same trellis frame underneath tweaked for ADV duties, along with a new long travel suspension setup. The bike is also expected to sport the TFT instrument console, full LED headlamp unit, ride-by-wire, and possibly riding modes as well. KTM says the upcoming 390 Adventure will be "a state-of-the-art package to ride long distances and conquer any terrain."

Power is expected to come from the familiar 373 cc single-cylinder engine that also powers the KTM 390 Duke and RC 390. The motor is tuned for 43 bhp and 37 Nm of peak torque on the Duke, and you can expect those numbers to make it on the 390 Adventure as well. In addition, we expect to see a larger fuel tank, wider and more comfortable seats coupled with an upright riding position.

KTM has had an illustrious history when it comes to adventure motorcycles and has been a regular winner at the Dakar Rally since 2001. The motorcycle maker is one of India's fastest growing motorcycle manufacturers with a CAGR of 45 per cent since its launch in the country six years ago. The brand operates out of 430 showrooms in 320 towns across the country.

Much like KTM's entry-level range, the 390 Adventure will also be produced and exported from the Bajaj-KTM facility in Chakan, near Pune. Keeping up the tradition, we expect the bike to make its official debut at the EICMA motorcycle show in Italy towards the end of this year, while sales will begin sometime in 2019.