The Kia Seltos enters in a highly competitive segment which also has models like the MG Hector, Tata Harrier and its own sister model, the Hyundai Creta. We tell you how the Seltos fares against its big rivals as far as pricing is concerned. 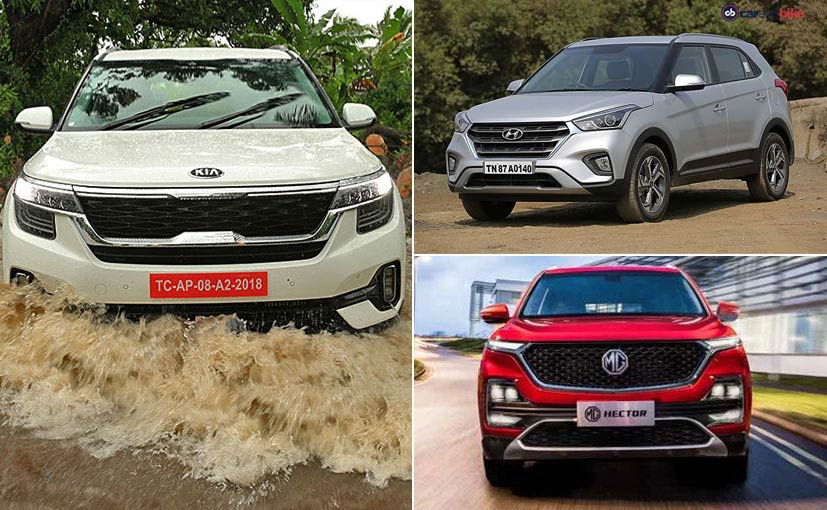 Well, there is no doubting the fact that Kia Motors India pleasantly surprised us with the prices of the Seltos. The Kia Seltos is the newest compact SUV in India and with 16 iterations to choose from along with a wide range of pricing, Kia has ensured that a model of Seltos exists for every car buyer who has a budget between ₹ 10 lakh and ₹ 20 lakh. And that, according to us, is a good way of making the SUV accessible. The Kia Seltos is definitely buzzing and the company revealed that it received more than 32,000 bookings for the Seltos since it started accepting them about a month ago. Kia has already manufactured 5,000 units of the Seltos and says that it will not stop taking bookings as it has the capacity to meet the demand, which currently, is overwhelming.

In terms of rivals, the Seltos goes up against the likes of the MG Hector, Tata Harrier, Jeep Compass, Renault Duster and its Hyundai sibling, the Hyundai Creta. The sales of the Harrier and Compass have been on a decline and the Duster not the hot-seller it used to be. In terms of volume, the Seltos goes up against the Creta, which is one of the best-sellers in the segment and the MG Hector, which was launched a couple months ago and has rivalled the Seltos in terms of the buzz created. So let us see how all three models are priced! Do keep in mind that all engine options on the Seltos are Bharat Stage 6 (BS6) compliant from day one.

The prices for the Kia Seltos start at ₹ 9.69 lakh for the base petrol variant and go up to ₹ 15.99 lakh for the top-spec 1.4-litre turbo petrol with DCT. The Hector's petrol range starts from ₹ 12.18 lakh and goes up to ₹ ₹ 16.78 lakh. The base variant of the petrol models of the Seltos and the Hector have a price difference of almost ₹ 2.5 lakh. And the top variants of both SUVs are separated by about ₹ 79,000. Variant to variant, the Seltos seems to be priced much more competitively than the Hector and it offers as much equipment, if not more. Similarly, the base variants of the diesel Seltos and Hector also have a price difference of almost ₹ 2.5 lakh while the top diesel variants of both models have a difference of ₹ 89,000. If we look at variant-wise prices, the story repeats itself, with the Kia being the more affordable option.

The big surprise here is that the base variant of the Seltos, both petrol and diesel models, are priced lesser than those of the Hyundai Creta. Yes! The Seltos undercuts the Creta too, even though the margin is small, but it does! That in our opinion is a telling blow to Hyundai. Even if one compares the variant to variant prices of the 1.6-litre Creta petrol and the 1.5-litre Seltos petrol, the Seltos undercuts all models of the Creta. Only the top-spec 1.4-litre turbo-petrol is more expensive than the top-spec Creta petrol model. Yet again, the story is the same for the diesel variants of the Seltos and Creta. There is overlap but only the top-spec diesel Seltos Needless to say, the Seltos is the better looking car and offers significantly more in terms of features too.