Kia Seltos Teased In New Video Ahead Of Launch This Week

The Kia Seltos is slated for its global unveil on June 20, 2019, and will go on sale later this year close to the festive season. 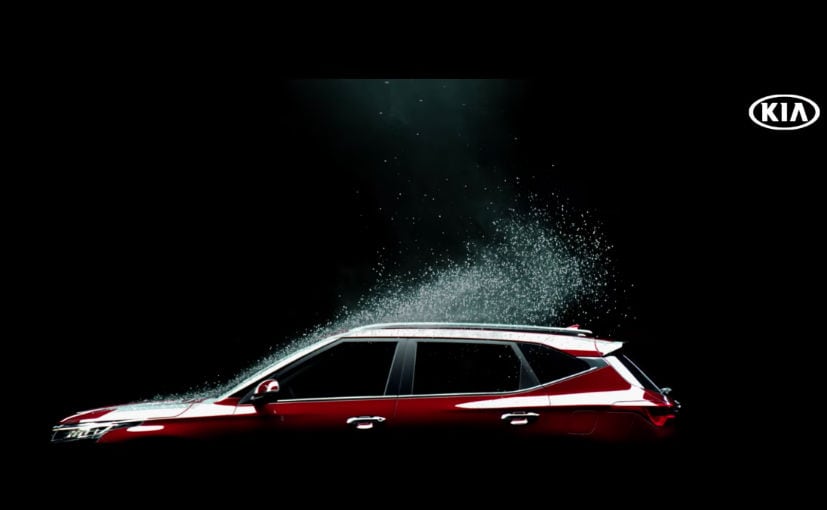 The Kia Seltos compact SUV is slated for a global premiere this week on June 20, 2019 and will be the first product from the Korean car maker for India. The SUV has been a long awaited one and we have seen glimpses of the same via spy shots and teaser images. Now, Kia Motor India has released a new teaser video of the Seltos showcasing new elements including the tiger nose grille, LED headlamp and  taillights and more. To remind you, the uncamouflaged version was spied just last month during its TVC shoot completely revealing the exterior design. The Kia Seltos is a handsome SUV and will take on the Jeep Compass, Tata Harrier, Hyundai Creta and the latest entrant to the segment - MG Hector.

The interior of the Kia Seltos is yet to be fully revealed but we've seen uncamouflaged glimpses of the all-black cabin. The SUV will be loaded on the feature front with a 10.25-inch touchscreen with Apple CarPlay and Android Auto, wireless charging, hill hold assist, quiet mode with driver-talk mode for the Bluetooth interface, electric parking brake, electric sunroof and ambient lighting. You will also get ventilated seats, driving modes, multi-function steering with assist modes, adaptive cruise control, idle start-stop and paddle shifters.

Sharing its underpinnings with the Creta, the new Kia Seltos will boast of all new engines from the Hyundai-Kia family. These will be the new 1.5-litre petrol and diesel units that will be BS6 compliant right from the start and will be offered with manual and automatic transmission options. Details on the powertrain, output and efficiency should be revealed later this week.

The Kia Seltos will be produced at the automaker's new Anantapur facility in Andhra Pradesh that has been built with an investment of $1 billion (around ₹ 7500 crore), with an additional $1 billion spent over establishing the vendor park. The new facility will roll out products for the domestic and export markets. The SUV will go on sale later this year close to the festive season with production to commence soon.