The Kia Carnival MPV will be the second model from the automaker in India and will be produced at the now fully functional Anantapur production plant in Andhra Pradesh. Kia Motors India entered India with a bang with the launch of the Seltos compact SUV and the automaker's next product for the Indian market will be the Carnival MPV. The Kia Carnival is a Toyota Innova Crysta rival and we already told you that the model is slated to make its way to the Indian market next year. Now, Kia India has confirmed that production of the upcoming MPV will begin by early 2020 at the Anantapur facility in Andhra Pradesh. The plant built with an investment of $1.1 billion is now fully operational and already produces the Seltos for domestic and export markets. The Kia Carnival will be the second offering to be manufactured at the facility and will be showcased at the 2020 Auto Expo.

Construction of Kia's Anantapur facility begun in the fourth quarter of 2017 soon after the brand's announcement to enter the Indian market and the plant was ready for trial production in January 2019. The facility is now fully constructed and the fully operational unit was inaugurated in a grand opening ceremony attended by the Hon. Chief Minister of Andhra Pradesh, YS Jagan Mohan Reddy and His Excellency, Bongkil Shin, Ambassador of the Republic of Korea to India. The ceremony was led by Han-Woo Park, President and CEO of Kia Motors Corporation, Kookhyun Shim, Managing Director and CEO of Kia Motors India, and key leaders from Kia Motors India. 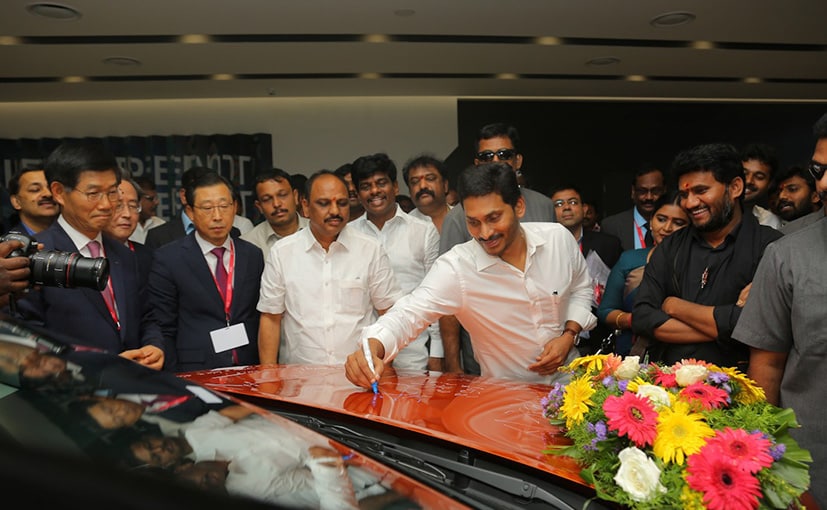 Speaking about the plant, Han-Woo Park said, "We are proud to open our new production facility in Anantapur today. Now fully in operation, our new plant allows us to serve the growing Indian car market, and export models like the Seltos to markets across the world in major regions. In the longer-term, it will also become a vital part of our global production network."

In addition to the Seltos and the Carnival, Kia Motors India will also introduce a subcompact SUV in its portfolio. The automaker has confirmed that the model will make it to the market later in 2020. The subcompact SUV has been dubbed as the QYI (codename) and will take on the Hyundai Venue, Maruti Suzuki Vitara Brezza, Ford EcoSport, Mahindra XUV300 and the likes.

Speaking on future launches, Kookhyun Shim, President and CEO, KMC said, "We have a robust plan for India, and the launch of new models and technologies will help us maintain the positive momentum that we have enjoyed to-date. We are excited to see how new models will be received in the Indian market in the future."

The Anantapur manufacturing plant has an installed production capacity of 300,000 units per year. Kia produces 800 units of the Seltos in a day and one new car is manufactured in one minute and 20 seconds. The plant occupies around 536 acres of space and incorporates facilities for stamping, welding, painting and assembly. The company is capable of producing petrol and diesel variants of the SEltos, while the plant is future-ready to also produce electric and hybrid vehicles in the future from the same production line. Kia's first plant in India is equipped with 450 robots that help automate the press, body and paint shops, as well as the assembly line. The region is also home to a number of supplier production facilities, which have helped create over 12,000  new jobs, directly and indirectly.

Kia Motors entered the Indian market with the Seltos compact SUV that has gained a strong start. The automaker managed to sell over 40,469 units as of November 2019, and also commenced exports of the SUV to other markets. The company operates out of 265 touchpoints and service centres across 160 cities and will add an additional 50 touchpoints by March 2020. The automaker also has a strong digital presence with online booking and purchase options and plans to expand the same with 24-hour real-time mobile service for vehicle maintenance, including service reservation, vehicle diagnosis and payment.