Both the petrol and diesel variants have been spied testing in the new set of images. 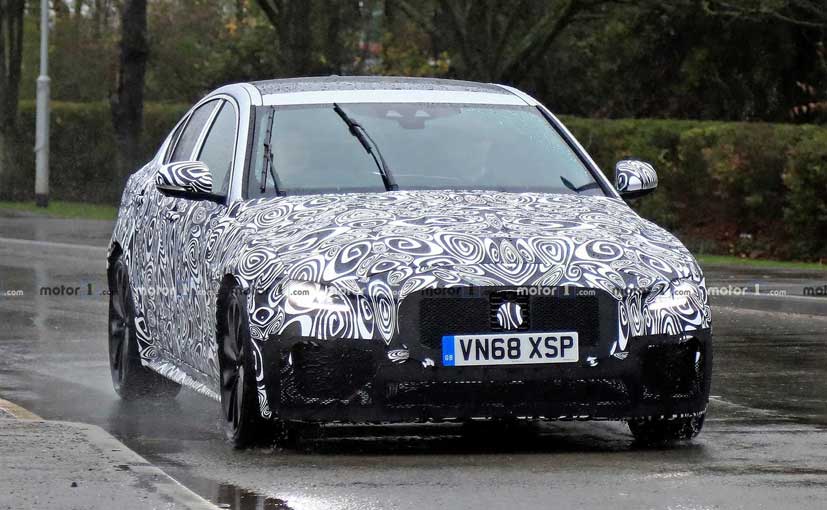 View Photos
The new Jaguar XE facelift will get a mild update.

The most affordable Jaguar is all set to get a facelift and the new model has been spied testing. Interestingly, the spy shots which have surfaced online have revealed not one but two models which are likely to be petrol and diesel variants, respectively. The first spy shot is of the car with the white roof which has both the exhaust pipes positioned on the left side of the rear bumper just like we have on the diesel model sold in our market. The second spy shot which features the car with the black roof is most likely to be the petrol variant in which two separate exhaust pipes at the rear can be seen just like on the petrol variant sold in our market. The Jaguar XE facelift will take on the new BMW 3 Series, Mercedes-Benz C-Class, Volvo S60 and the likes

The facelift that the Jaguar XE will get is a mild one and is unlikely to bring any major change in its looks or performance. The test mules which have been spied are heavily camouflaged but some of the alterations can still be figured out. For starters, there will be changes made to its face which will be more apparent in the bumper profile. Though the front bumper is not entirely new, it has got a larger and more squared intake on either side. Moreover, the headlight assembly has also got a new pattern while the J-shaped DRLs are likely to be retained. The changes on the side and rear are also likely to be minimal which could be just limited to the taillamps.

The new Jaguar XE facelift is likely to be powered by the same engines which perform duty in the current model. The petrol variants of the Jaguar XE is powered by a 2.0-litre, four-cylinder engine which is tuned in two different states. In the base Prestige and mid-spec Portfolio variant, this engine belts out 197 bhp and 320 Nm of peak torque and in the top-end Pure variant the same engine is tuned to produce 247 bhp and 365 Nm of peak torque. The diesel variants of the Jaguar XE also use the 2.0-litre, four-cylinder motor which produces 177 bhp and 430 Nm of peak torque.