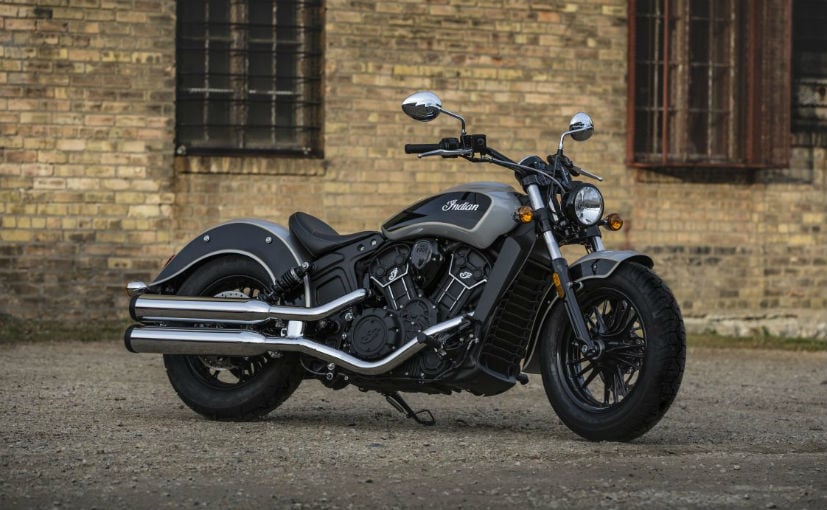 Indian Motorcycle’s entry-level cruiser, the Indian Scout Sixty, has been introduced in a two-tone paint scheme in Europe and will be available from April 2017 onwards. The new colour option, called Star Silver/Thunder Black joins the existing colour options on the Scout Sixty of red, solid white or black.  The new colour features gold pin stripes on the fuel tank, giving it a unique touch to the Scout Sixty styling.

“We’re super happy with how the Scout Sixty has been received in Europe, so adding this new two-tone scheme will only make this model even more appealing,” Indian Motorcycle EMEA General Manager Grant Bester said. “Last year we invested heavily in a new paint facility in Spearfish, South Dakota and the result of that means Indian can produce incredible colours and finishes, not only on Scout Sixty, but across the Indian line-up.”

The Indian Scout Sixty offers many of the same features and components as the Indian Scout, and looks near identical too. The difference is the engine, which has a smaller displacement at 999 cc, or 60 cubic inches, and so the name ‘Sixty’. The larger sibling, although ‘larger’ only in engine displacement and a six-speed transmission, offers a similar 60-degree v-twin, but displacing 1133 cc.  The Scout Sixty, on the other hand, gets a five-speed transmission, but you hardly miss the extra cog.

0 Comments
The Scout Sixty is an entertaining cruiser with refined performance and offers a great option for the cruiser lover, both as an entry-level cruiser and as the occasional weekend ride. With a dry weight of 246 kg, the Scout Sixty has a refined engine with a smooth easy shifting 5-speed transmission, and makes 78 bhp of power and 89 Nm of torque, peaking at 5800 rpm. Priced at Rs 11.99 lakh (ex-showroom Delhi), the new colour option on the Indian Scout Sixty will be available across Europe, Middle East and Asia, so expect the new colour to be introduced in India as well, sometime in mid-2017.