India-Made Hyundai Verna Could Be Exported To Australia

The made-in-India new generation Hyundai Verna could make its way to Australia being or here in the right-hand drive version. 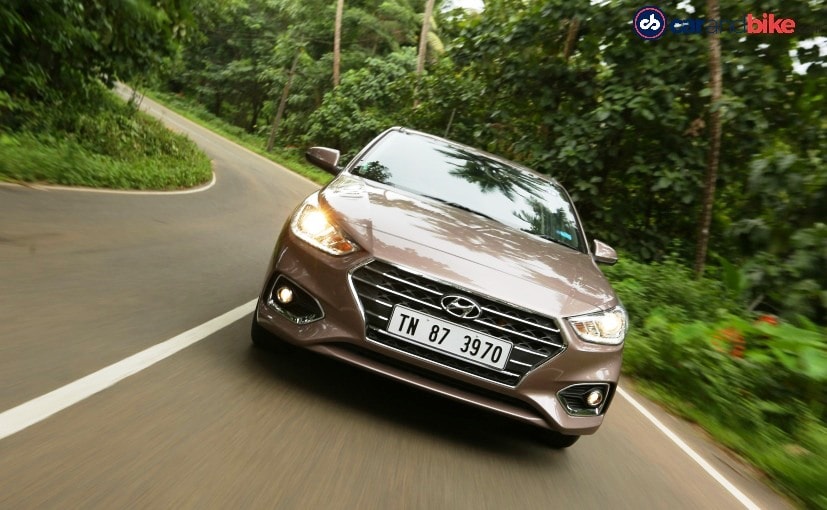 View Photos
Hyundai could export the Verna to Australia

The new generation Hyundai Verna (Accent in other markets) made its global debut last year and the model made its way to India as well in the second half of 2017. A popular seller in the country in its segment, the current generation Hyundai Verna C-segment sedan could soon make its way to Australia from the automaker's Indian facility. As per a recent report by GoAuto, the publication quoted a Hyundai Australia official stating that company is considering importing the new generation Verna from the country. At present, the Hyundai Accent, as it is known down under is available in the hatchback guise and the sedan will be introduced for the first time.

Hyundai Australia's Senior Manager of Product Planning Andrew Tuitahi was quoted by the publication saying, "We are looking for possibilities for Accent production, but I'm not sure we can get a hatch, it might end up being Indian production for a sedan - which doesn't really leave us with many options." The reason behind the India-made Hyundai Verna sedan making it to Australia has to do with the automaker's production shifts globally. The Accent hatchback currently sold in Australia comes from the Ulsan plant located in South Korea. However, the issue is that the new generation model is only produced in the left-hand drive guise at the Korean facility.

Australia, on the other hand, is a right-hand drive market, much like India. That's why Hyundai Australia might have to make do with the sedan version instead. The Accent is also one of the automaker's entry-level products in the continent and is said to be popular amidst young buyers given the low asking price and value for money proposition. The Accent is currently the automaker's third highest-selling model in the Australian market after the i30 and Tucson SUV.

If the new generation Hyundai Verna/Accent sedan does make its way to Australia from the car maker's Chennai plant, the model may have to be upgraded to the stringent Australia NCAP (ANCAP) safety standards.

That being said, the 2017 Hyundai Verna has been quite a bit in India for the automaker taking on the likes of the Honda City, Maruti Suzuki Ciaz, as well as the upcoming Toyota Yaris sedan. The model was launched in 1.6-litre petrol and diesel engine options, while a 1.4-litre petrol was introduced recently. Transmission options include a 6-speed manual and an automatic as well on the sedan.