The electric racing contender will be competing in the Student Formula Competition in the UK next month, which is the world's largest Student motorsport event. 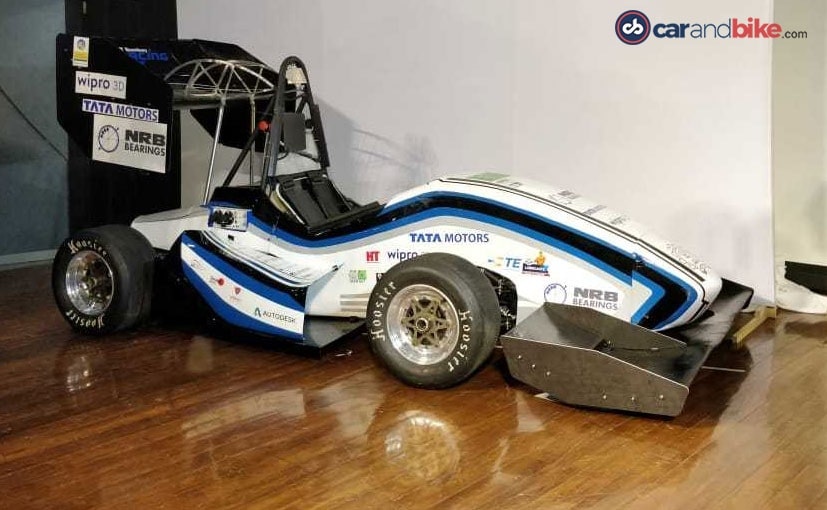 Student team 'IIT Bombay Racing' of the IIT Bombay institute has unveiled its sixth generation electric race car. - 'EVoX'. The new electric race car has been developed by the Formula Student team and will be competing in the upcoming Student Competition to be held during the British Grand Prix at the Silverstone Circuit in the UK. The competition is run by the Institution of Mechanical engineers (IMechE) - and is the world's largest student motorsport event that attracts up to 95 teams representing open universities from all across the world every year. The competition challenges students to design, build and race a single seat racing car in one year.

The #EVoX making its entry for its first run. @iitbombay pic.twitter.com/poDrgXhUh6

IIT Bombay Racing's EVoX takes a giant leap in showcasing the capabilities of over 60 students from different streams of engineering. The electric single-seater has been designed to run from 0-100 kmph in just 2.88 seconds, which makes it faster than the current Gen1 Formula E race car, and on par with the upcoming Gen2 Formula E electric racer. It's also faster than a host of raid going electric performance cars including the BMW i8 (4.40s), Aston Martin Rapid E (3.00s), while the Tesla Model S P100D still remains faster in comparison with a 0-100 kmph run of 2.27s.

A quick spec check on the #EVoX

Power on the single-seater EVoX comes from a pair of 40 KQ electric motors, while the car has been designed in-house by the team to include a self-developed battery management system, titanium uprights and aerodynamic wings.

The students of IIT Bombay Racing aspire to develop electric sports car technology in India, similar to that of Tesla. The aim is to meet the government's ambition of making India am electric vehicle nation by 2030 through revolutionising electric mobility.

The @iitbombay Racing team has developed an aerodynamic package on the #EVoX. pic.twitter.com/QTsisULgBX

On the competition front, the student team has been leading the charge having consistently won the Formula Student Award by IMechE for the last four years. The team also won the Formula Bharat's 'Electric Vehicle Concept Challenge' earlier this year.