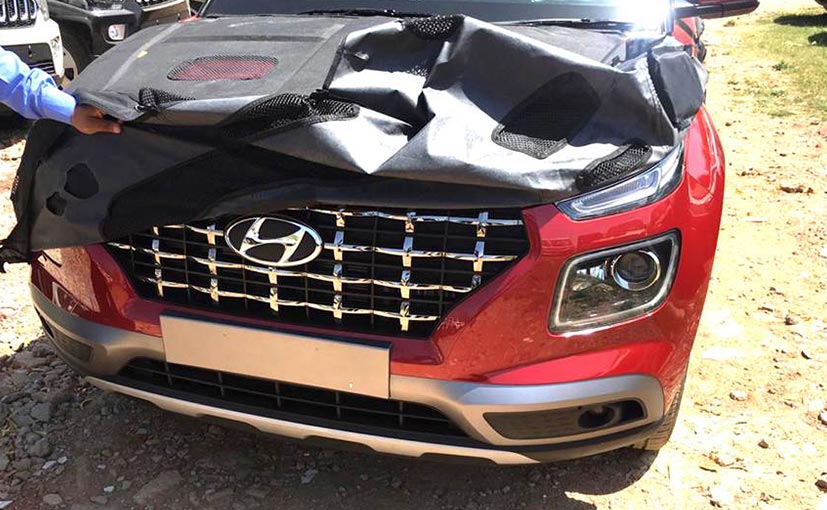 Hyundai India has been unfolding details about the Venue subcompact SUV ahead of its debut on April 17, 2019. While the company revealed the features on the new offering just yesterday, images of the Hyundai Venue have leaked online revealing the exterior design of the SUV. The all-new offering is a sub 4-metre Maruti Suzuki Vitara Brezza and Mahindra XUV300 rival, and the design takes a lot of cues from the automaker's global SUVs including the Creta and the Kona. In fact, influences of the latter are evident inclding the massive cascading grille, and the split headlamp design. The leaked images also reveal the LED turn indicators, projector lens headlamp and the square LED daytime running lights on the Venue.

The leaked images also reveal the upright stance of the Hyundai Venue, while the rear gets a massive 'H' badge in the centre with the 'Venue' moniker, and the very Polo-esque squared-off taillights along the lines of the Carlino concept. The tailgate also carries the 'Turbo' badge and 'SX', the latter denoting the range-topping variant. 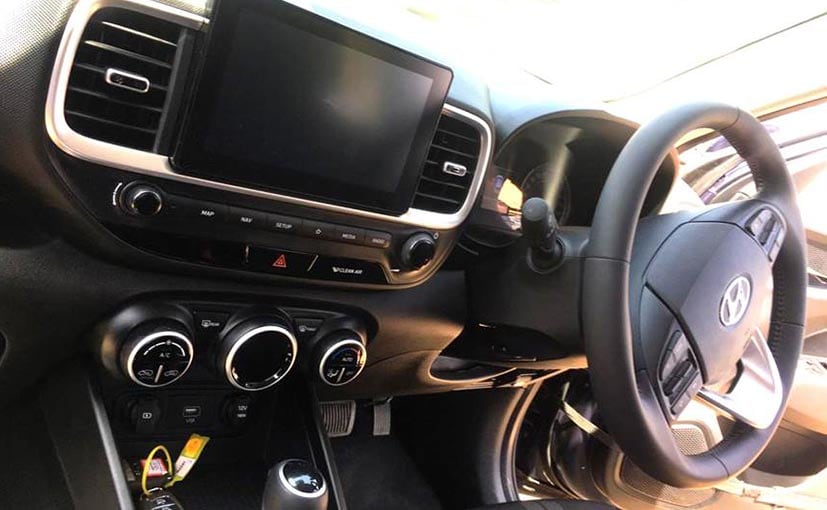 The images also reveal the all-black cabin of the Hyundai Venue complete with the multi-function steering wheel, free-standing touchscreen infotainment system that will come with Android Auto and Apple CarPlay, and auto climate control. You can also see a large MID unit between the dual-pod instrument cluster. Lastly, the top variants will get diamond-cut alloy wheels, shared with the 2019 Creta.

Under the hood, the new Hyundai Venue will be available with a 1.4-litre petrol and 1.4-litre diesel engine options. The turbo badge that was on the tailgate holds special importance, which nearly confirms the a 1.0-litre turbocharged petrol engine for the SUV, and will come paired with a 7-speed dual-clutch automatic transmission. 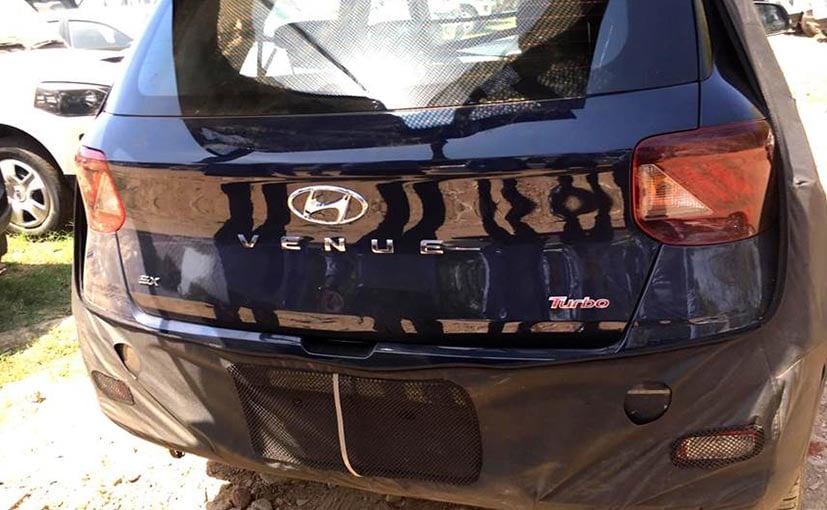 The Hyundai Venue will debut on April 17, while the launch is expected in May this year

The new Hyundai Venue is expected to go on sale by May 2019 in the country and will mark the Korean car maker's entry in the subcompact SUV segment. Given its extensive list of features and versatile engine options, expect prices to start around the ₹ 8 lakh (ex-showroom) mark, keeping up with the newest in terms of competition.