The second electric vehicle will be the company's first-ever electric racing car, which the carmaker claims will tease the future of motorsport. 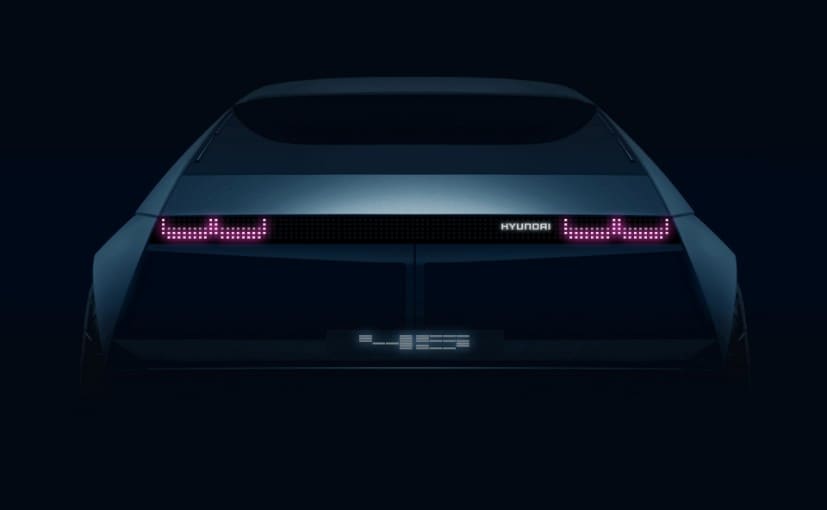 We've already told you what Hyundai is bringing to the 2019 Frankfurt Motor show but the company has now teased a new model, and from the looks of it, it is another electric vehicle. The company says that this EV will focus on the future direction of the company's car design and the inspiration from the past while also stepping into the future. The looks of the electric car in question is inspired by the brand's first model in the 1970s. It's called the 45 concept and yes, it's an all-electric model. The company says that the 45 electric car concept will act as a milestone for Hyundai's future EV design.

The second electric vehicle will be the company's first-ever electric racing car, which the carmaker claims will tease the future of motorsport. The new electric race car has been designed and built at the company's headquarters in Alzenau, Germany by Hyundai Motorsport (HMSG). The company says that the car "will underline the company's high-performance capabilities, green technology credentials and unwavering passion for motorsport."

The car will be unveiled on September 10, 2019 and will bring out the sensous and sporty design language that the company has been bringing in their cars lately. There are no technical details that have been released yet, but from the looks of it we'll get a digital fascia. In addition to this showcase, Hyundai will debut the next-generation Hyundai Grand i10 (known as just i10 in Europe), and one more electric car.