The Hyundai Kona Electric SUV will be the first fully electric SUV to be launched in India. It has a 39.2 kWh battery having an ARAI certified range of 452 kilometres on a single charge and it will be manufactured at the company's Chennai facility as well. The Hyundai Kona Electric has been launched in India with prices starting at ₹ 25.30 lakh (ex-showroom, pan India). This is the first ever electric SUV to be launched in India and we believe it is a bold decision. The Kona electric car is a compact crossover, similar to Hyundai Creta in terms of size and space but has a design which is not overly futuristic yet sharp enough to distinguish itself on the road. The front end gets slim LED daytime running lamps and low-mounted headlamps along with single-piece body-coloured bumper rising up till the bonnet. Hyundai's signature cascading grille pattern is embedded on to the bumper, giving it a modern, contemporary design. 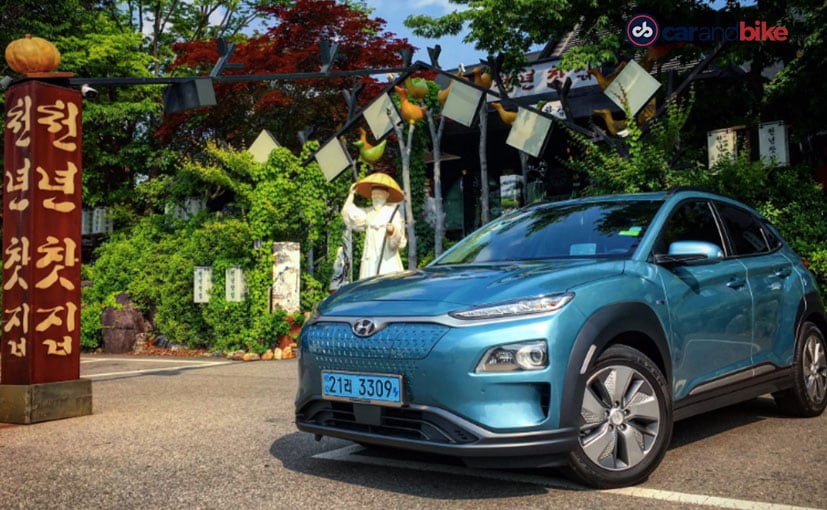 Globally, the Kona Electric gets two battery options, which are a 39.2 kWh unit and a 64 kWh unit, India will only get the former, which offers a certified range of 452 kilometres on single charge. The battery can be fully charged in seven to eight hours and using a fast-charger can charge the battery up to 80 per cent in under an hour. Hyundai customers will be provided with a portable charger and an AC wall box charger. The portable charger will be able to plug into any three-pin 15 Amp socket and charge for a top up to 50 km in less than three hours. The 7.2 kW wall box charger can top up the vehicle within one hour of running up to 50 km.

The Kona Electric in India will get a 100 kW motor which sends power to the front wheels and the output is equivalent of 131 bhp and 395 Nm of peak torque available from the word go! Globally, the Kona also gets a 150 kW motor, which makes about 200 bhp and 395 Nm of peak torque. The India-spec car can sprint from 0-100 kmph in 9.7 seconds, which makes it quite quick for an SUV. 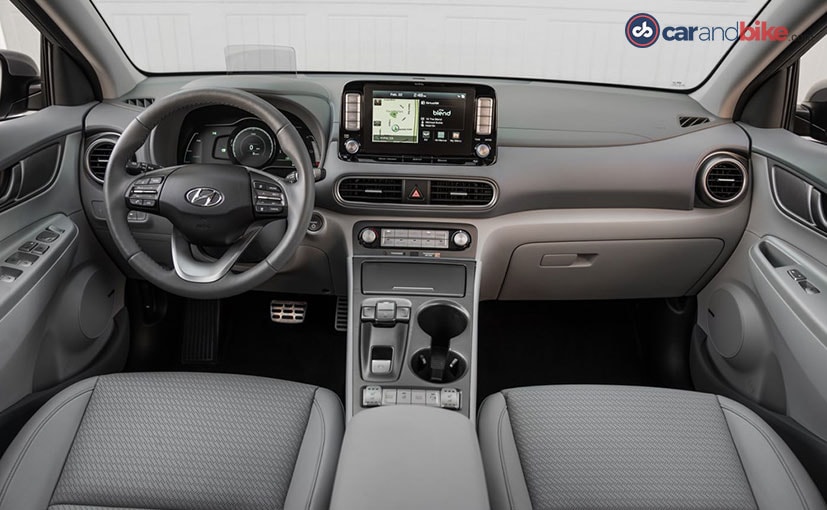 The cabin of the Kona Electric too is not futuristic and gets a simple, clean design. There are three driving modes on offer, Eco, Comfort and Sport. The Kona Electric will get features such as a floating 8-inch touchscreen infotainment unit with smartphone connectivity, wireless charging, ventilated seats, heads-up display and ABS along with EBD as well. The unit also supports Apple CarPlay and Android Auto connectivity. Other features include leather seats, digital instrument console, bi-function LED headlamps, electric sunroof, ventilated front seats, 10-way adjustable driver's seat, electric parking brake and more. The car also comes with six airbags, ABS with EBD, ESC, VSM, HAC, disc brakes for all wheels, and a virtual engine sound system.

Also Read: Hyundai Will Manufacture The Kona Electric In India Hyundai will be manufacturing its upcoming Kona Electric locally in India at its Chennai plant in a bid to price it as affordable as possible. Hyundai recently invested about ₹ 7,000 crore in its Chennai facility and part of which was dedicated to drawing up the assembly line for the Kona Electric, generating about 1,500 new jobs. To begin with, Hyundai will launch the Kona only in selected metro cities of India. Currently, its only rival is the Toyota Prius, but MG Motor plans to launch the eZS in India before the year ends and that will be its true rival.

Hyundai Motor India is also working on setting up a charging infrastructure and has partnered with Indian Oil Corporation to install a fast charging facility in select cities including Mumbai, Chennai, Bengaluru and Delhi. Hyundai will invest in the equipment and installation of the fast chargers that can charge up to 80 pr cent in an hour. A special Kona to Kona Electric fleet will also be set-up with a power converter to provide emergency charging support to customers.