Hyundai Kick Starts Production Of The Grand i10 Nios In India

India has been the lead market to develop the third generation Grand i10 (i10 globally) and will also be the first market to get the model ahead of its launch in Europe later this year. 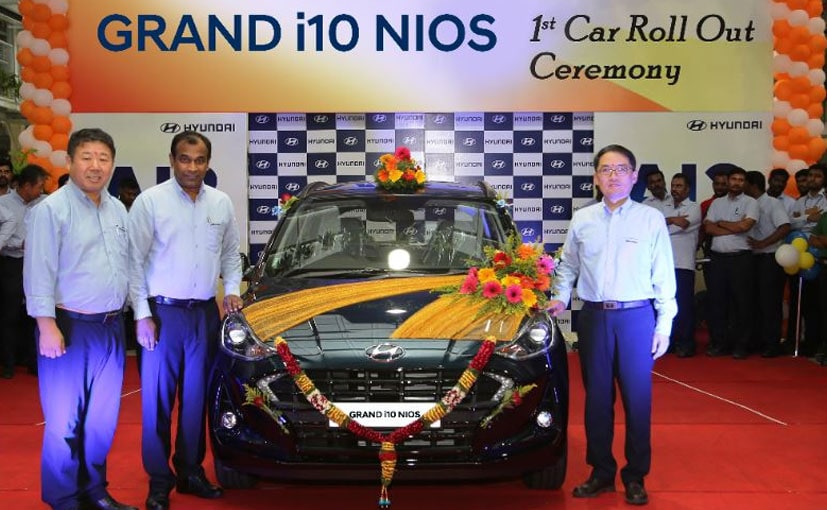 View Photos
S S Kim, MD & CEO, Hyundai Motor India at the roll out of the Grand i10 Nios

The styling is evolutionary and looks quite similar to the all-new Santro, while the cascading grille looks prominent. The grille also integrates the daytime running lights, which does look like a nice touch on the hatchback. The profile looks compact with the floating roof on the C-pillar that helps curb the tall stance on the model. Hyundai is yet to fully reveal the rear design, but expected to see small wraparound taillights. 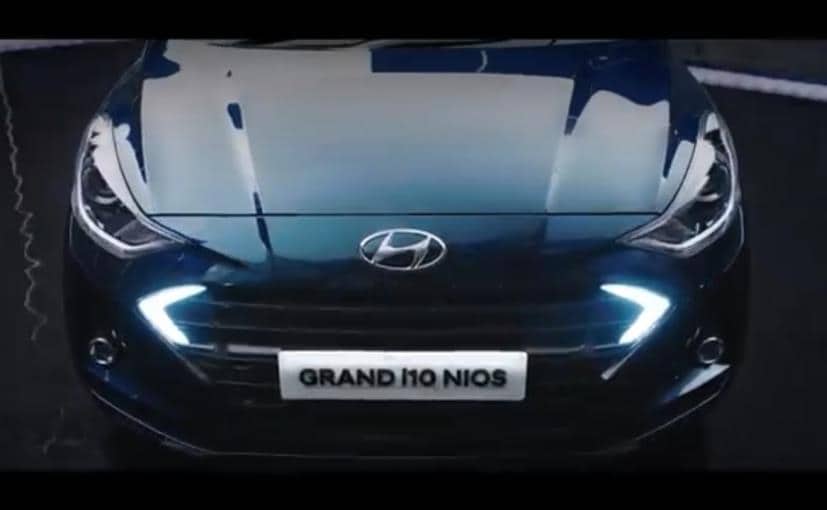 The tall boy stance continues with the Grand i10 Nios and yes, it has a tall roof which will translate into better headroom at the rear and front. The sides are dominated by prominent lines which gives it an aggressive look, in addition to stylish ORVMs which come with integrated turn signals. The heavy upward sweep to the C-pillar and the widened bumper also add to the aggression of the car. The window line rises sharply towards the back, then there are the chrome door handles, the shark-fin antenna and dual-tone alloy wheels, all of which give the Grand i10 Nios an upmarket look

The 2020 Hyundai Grand i10 Nios will be offered in both petrol and diesel engines right from the start that will be available across 10 variants. The automaker plans to offer seven variants of the petrol version starting from the base Era trim, followed by the Magna, Sportz and the range-topping Asta. The diesel versions, on the other hand, will be available in three trims - Magna, Sportz and Asta. The Sportz petrol will also get a dual-tone trim on offer. Hyundai is clearly expecting a stronger demand for the petrol over diesel, which explains a wider availability of the engine option across multiple variants. 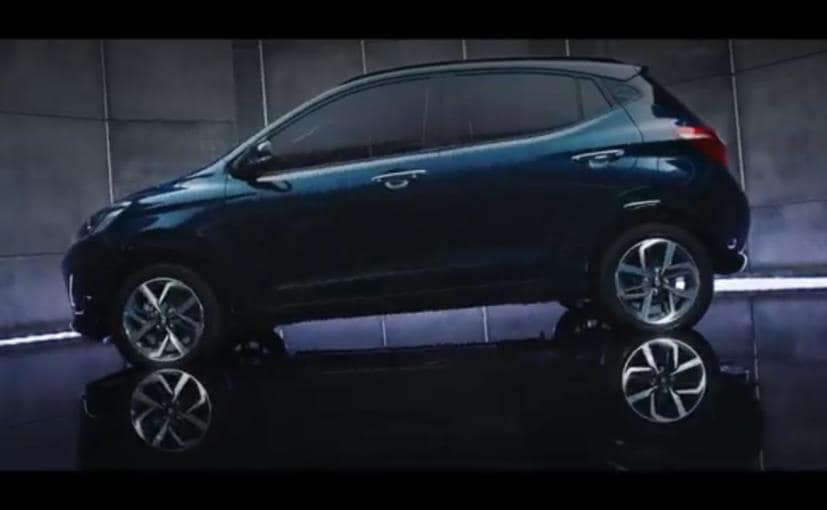 Commenting on the first production roll-out, S S Kim, MD & CEO, Hyundai Motor India Ltd. said, "This is a proud moment for us at Hyundai, with over 2.7 Mn Happy Customers the i10 brand (i10 and GRAND i10) has been one of the most loved hatchback in India. And today we are set to create history again with the Global First - roll out of 3rd Generation GRAND i10 NIOS, which will set new benchmarks in the hatchback segment while creating Brilliant Ownership experience for our customers".