Hyundai has absolutely impressed us with the pricing as the new Elantra undercuts all its competitors by a fair margin despite being one of the most features loaded and powerful cars in the segment. 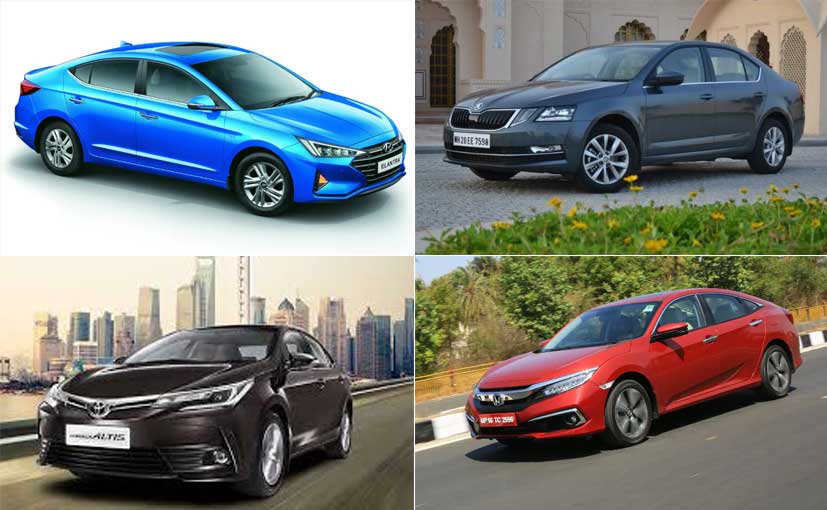 View Photos
The 2019 Hyundai Elantra undercuts all its competitors right from the base variant.

The updated 2019 Hyundai Elantra has been launched in India just last week taking the title of India's first connected sedan. Yes! Not just the first executive sedan but the first sedan ever to offer the connected car tech which definitely earns it some brownie points. That said, above all the tech, style, features and power packed in, there is something which makes this Hyundai even more desirable- its prices. The Koreans have absolutely nailed it with the pricing as the new Elantra undercuts all its competitors by a fair margin despite being one of the most feature rich and powerful cars in the segment. Not to mention is its overall appearance based on the fluidic sculpture 2.0 design language makes it look simply gorgeous and edgy.

We'll be comparing only the petrol variants in this comparison for a simple reason, there is no diesel Elantra to compare with. The 2019 Hyundai Elantra has been launched just with a 2.0-litre petrol motor while all other models in the completion offer both petrol and diesel variants. Read on to know how the Elantra fares up against its competition in terms of pricing. 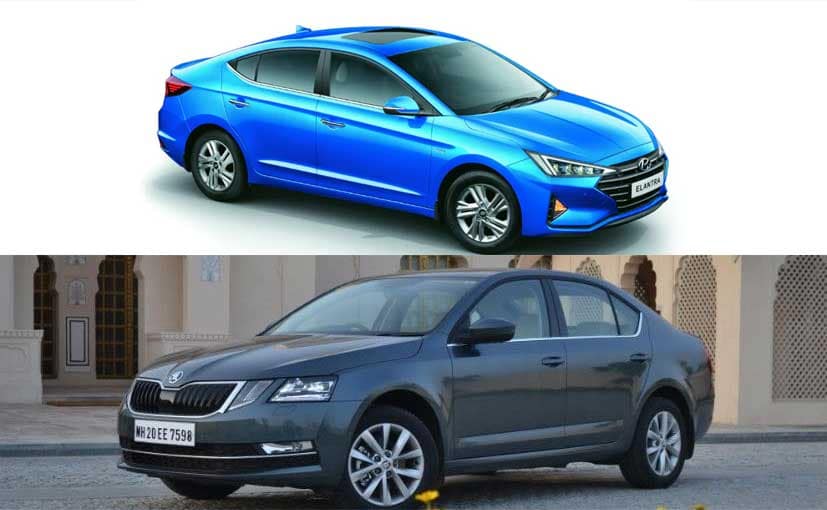 The new Hyundai Elantra undercuts the Skoda Octavia by ₹ 11,000 at the base variant, however, the base variant of the Octavia gets the 1.4-litre engine as opposed to the 2.0-litre motor on the Elantra which is standard across variants. The SX Automatic variant which goes up against the Style automatic variant of the Octavia (powered by the 1.8-litre TSI motor) undercuts it by a ₹ 1.11 lakh and the SX (O) automatic which goes up against the top-end L&K variant of the Octavia undercuts it by a whopping ₹ 3.21 lakh which is quite a margin. Automatic variants of both models get dual-clutch transmission which is critically acclaimed to be the best gearbox solution in the business. Both models are equivalently feature loaded, besides the fact that the Elantra gets an edge being a connected car. 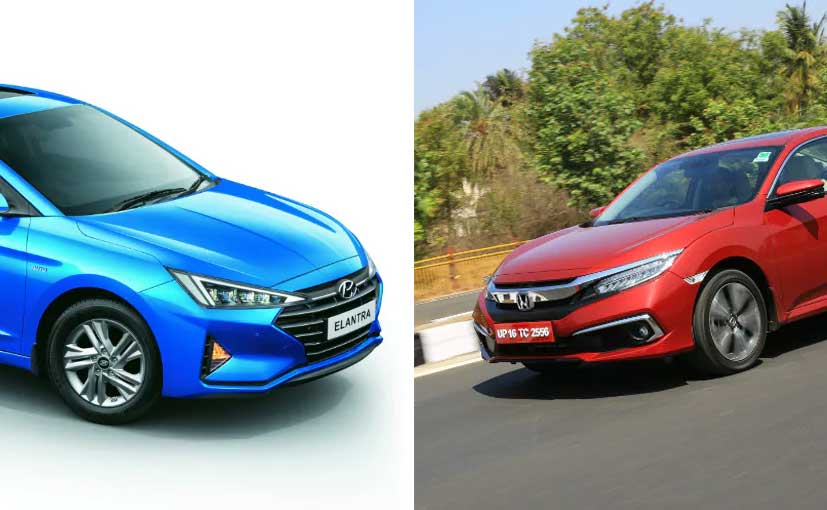 The top-end Elantra undercuts the top-end Civic by ₹ 86,000.

The Honda Civic gets the continuous variable automatic transmission (CVT ) as standard which makes it a bit pricier light from the base variant. It is also offered in just three trims- V, VX and ZX while all other in the competition are offered in four variants. While the Civic still manages to undercut the Octavia on the top variant, the Hyundai Elantra S (base) trim is ₹ 2.05 lakh less expensive than the V (base) trim of the Civic. The top-end SX(O) automatic trim of the Elantra undercuts the top-end ZX automatic trim of the Civic by ₹ 86,000 which again is a fair margin. Except the connected car part, both models are again equally loaded with features and both get a similar capacity 2.0-litre powertrain as well. 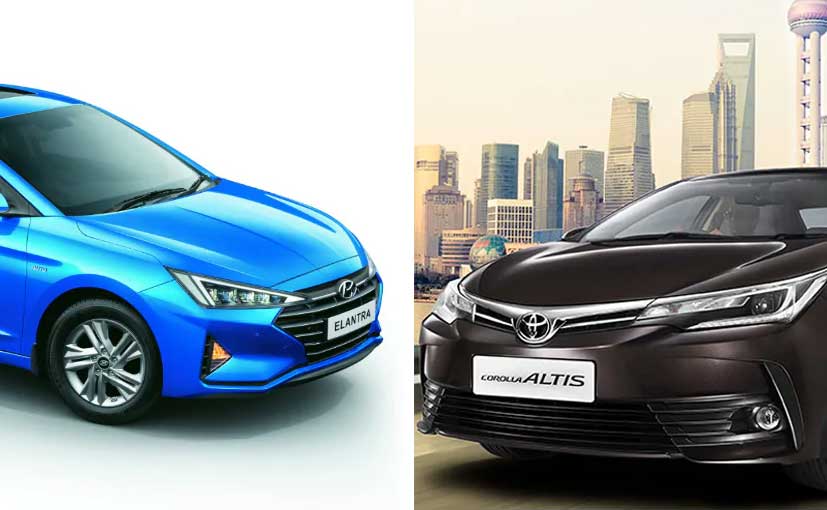 The Toyota Corolla Altis is the most dated model of the lot and that quite reflects on the feature front. Where the Elantra has the most millennial things to impress younger buyers, the Altis lacks some segment essentials like smartphone connectivity and rear air-con vents. It gets an automatic (CVT) option only in the base G variant while all other models offer it on at least two varinats including the top-end. That said, the petrol Corolla Altis is powered by a 1.8-litre motor which is one of the most refined engines and happy cruiser engines in its class.

Toyota Prius
₹ 51.54 Lakh *
Subscribe to Our Newsletter
Over 1.5+ Lakhs subscribers
Thank you for Subscribing to Us