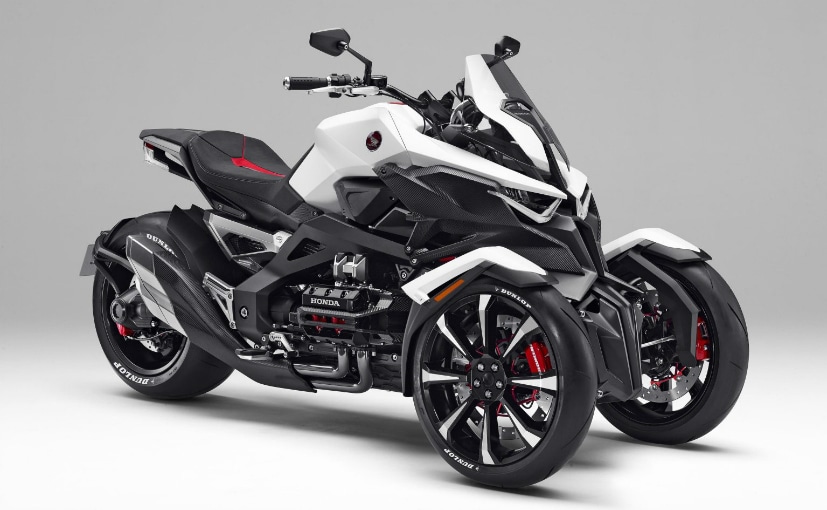 Quite a few Japanese two-wheeler manufacturers are exploring the idea of making motorcycles with three wheels. Technically, a trike is a vehicle which has two wheels at the rear and a single wheel up front. But, the likes of Yamaha Niken and now the Honda NeoWing concept could be called as reverse trike. The patent document that carandbike accessed said that the patent was filed back in 2016 and it was finally granted and published on March 20, 2019. The patent document also reveals that the NeoWing may be powered by either a two-cylinder or a six-cylinder engine and the layout could either be a V-twin or a transverse layout. Of course, if it is the latter engine option, then Honda will use the same engine as the one on the Gold Wing, which makes 126 bhp and 170 Nm.

Honda could also use an electric motor on the production model of the NeoWing concept, which could power either the front wheels or the rear wheel. At present, there is no confirmation on when Honda will officially unveil the production model of the NeoWing but with the patent granted, we believe it will be sooner than later. At present, the only leaning three-wheeler which is under production is the Yamaha Niken! The Niken is powered by an 847 cc, in-line three cylinder engine making, 111.8 bhp and 87.5 Nm of peak torque which is the same as the one on the Yamaha MT-09.