Patent images filed by Honda show a new technology which offers rider the option of changing the ergonomics of a sportbike to a more comfortable upright riding position. 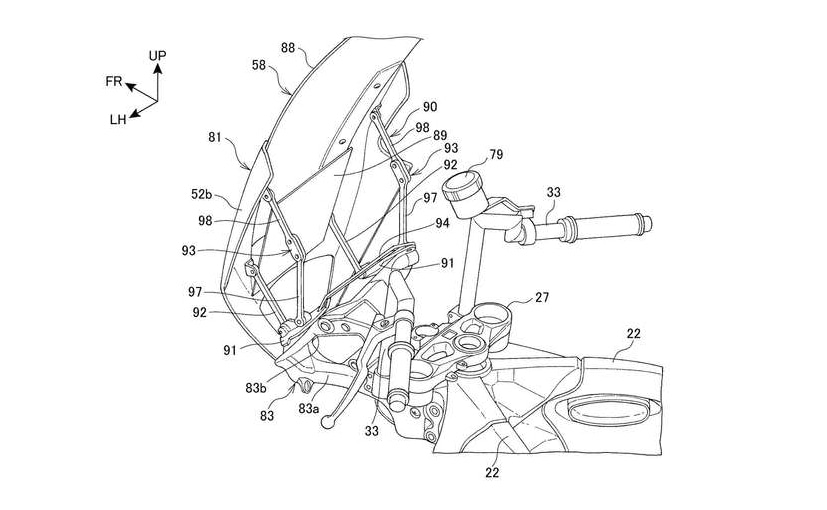 According to the patent application, the position can be changed by the press of a button. Also movable is the windscreen, which is also a simple operation. The top section of the front fairing is attached to a scissor-style frame that easily allows the rider to move the screen upward and into a more vertical position, if needed, for a more touring friendly riding position from an aggressive, sporty riding position. What is clear from the patent drawings is that this is not a complex mechanism that will require a ground-up re-engineering of the bike.

It's still not clear whether Honda will actually introduce a future CBR1000RR Fireblade with this new innovative technology, or if there will be an altogether new model which will showcase this variable riding position. Either ways, expect some sort of concept bike which Honda is likely to display, either later this year, or at one of the motorcycle shows next year which will showcase this unique new feature.