The Hero Xtreme 200S completes the company's new X family and is the newest full faired offering on sale draiwng power from the 200 cc single-cylinder engine. Pulling quite the surprise, Hero MotoCorp has launched the all-new Xtreme 200S full-faired motorcycle in the country priced at ₹ 98,500 (ex-showroom, Delhi). The new Hero Xtreme 200S was spied in April this year and was rumoured to be called the HX200R or the Karizma upon launch. However, the new offering is part of Hero's X line-up and completes the portfolio alongside the newly launched XPulse 200, XPulse 200T and the Xtreme 200R street-fighter. The Hero sports bike takes on a number of offerings in the 150-200 cc segment including the Suzuki Gixxer SF, Bajaj Pulsar RS 200, Yamaha YZF-R15 V3.0, and the likes. Bookings are now open for the Xtreme 200S at the company's dealerships across the country. 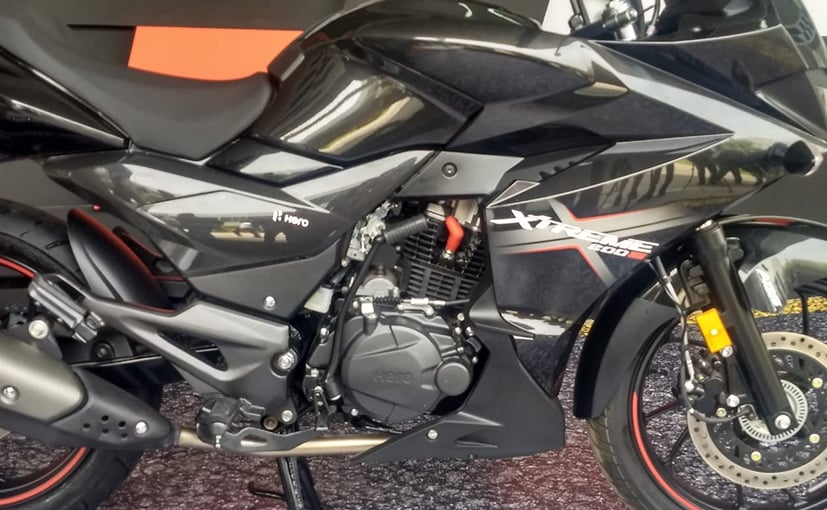 The 2019 Hero Xtreme 200S is the company's first full faired motorcycle in ages. The bike gets a refreshingly new design albeit not too aggressive in appearance. The bike sports a sleek-looking headlamp cluster with a slender fairing that gets a host of angular lines. The design language is sharp and does make its presence felt. Other components are shared with the X family though including the alloy wheels and the exhaust muffler. The flat handlebar has also been carried over that will make for a comfortable riding position. Adding a sporty touch is the step-up seat on the bike. The Xtreme 200S is available in three colours - Sports Red and Mapple Brown and Panther Black. The Hero Xtreme 200S shares its underpinnings with the Xtreme 200R

Power comes from the same 199.6 cc single-cylinder engine that powers the Xtreme 200R. Power output also remains the same at 18.1 bhp and 17.1 Nm of peak torque, while paired with a 5-speed gearbox. The suspension set-up includes 37 mm telescopic forks at the front and a 7-step adjustable monoshock unit at the rear, while braking performance comes from the 276 mm disc at the front and a 220 mm disc at the rear with single-channel ABS on offer. 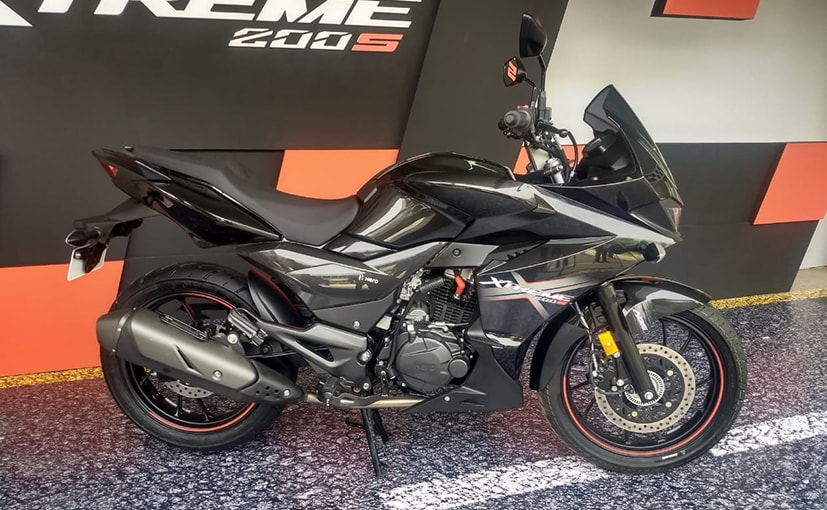 With respect to features, the Hero Xtreme 200S comes with a LED headlamp and taillight, engine kill switch, and a digital instrument console. The unit comes with Bluetooth connectivity, turn-by-turn navigation, service reminder, gear indicator, trip metres and more. Hero says the new Xtreme 200S is designed to offer more comfort and daily ride-ability than a lot of its rivals do in the segment. The bike rides on radial tyres wrapped in 17-inch alloy wheels. Dispatches for the new Hero offerings will commence later this month, while deliveries will start by the end of May.

Hero HF Deluxe Eco
₹ 51,470 *
View More
Subscribe to Our Newsletter
Over 1.5+ Lakhs subscribers
Thank you for Subscribing to Us