The Rally Kit for the Hero XPulse 200 includes long travel suspension, handlebar risers, a flat rally seat, off-road tyres and a re-designed gear lever for use with off-road boots. 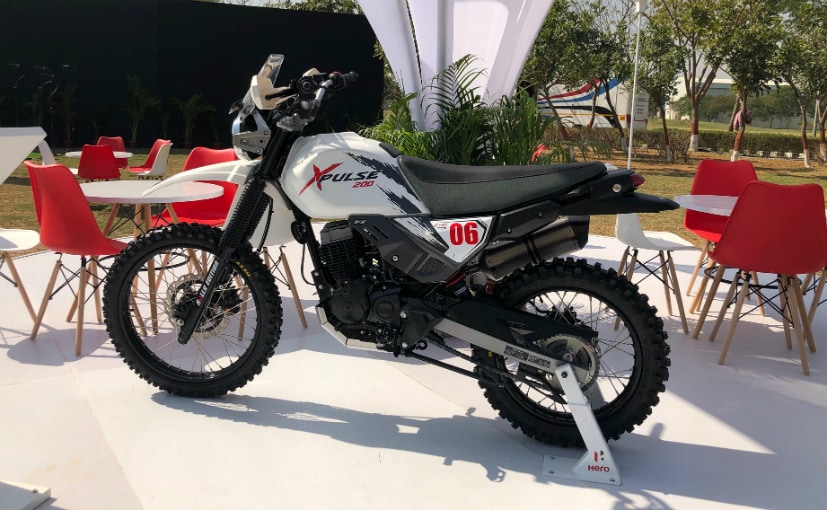 Hero MotoCorp has announced prices for the Rally Kit developed specially for the Hero XPulse 200, and priced it at ₹ 38,000. The Rally Kit has been developed by Hero MotoCorp's Research and Development wing at Hero's Global Centre for Innovation and Technology in Jaipur, with inputs and learnings from the Hero MotoSports Team Rally. The Rally Kit for the Hero XPulse 200 includes long travel suspension, handlebar risers, a flat rally seat, off-road tyres and a re-designed gear lever and brake pedal for use with off-road boots. 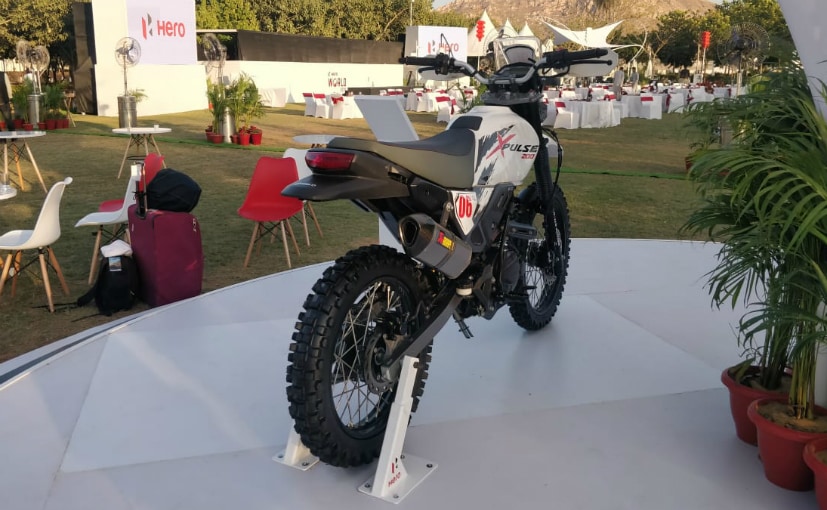 In stock form, the Hero XPulse 200 gets 190 mm of suspension travel at the front, and 170 mm travel at the rear. The Rally Kit offers full adjustability on the suspension, with 250 mm travel on the front, and 220 mm travel on the rear monoshock. The ground clearance has also gone up to 275 mm, up from 220 mm on the stock XPulse 200. The raised handlebar offers more leverage for riding off-road and standing up on the footpegs, and the flatter and taller seat (110 mm taller) offers a comfortable perch and a tall stance, for off-road riding. Also included are the full knobby rally-spec tyres from Maxis. 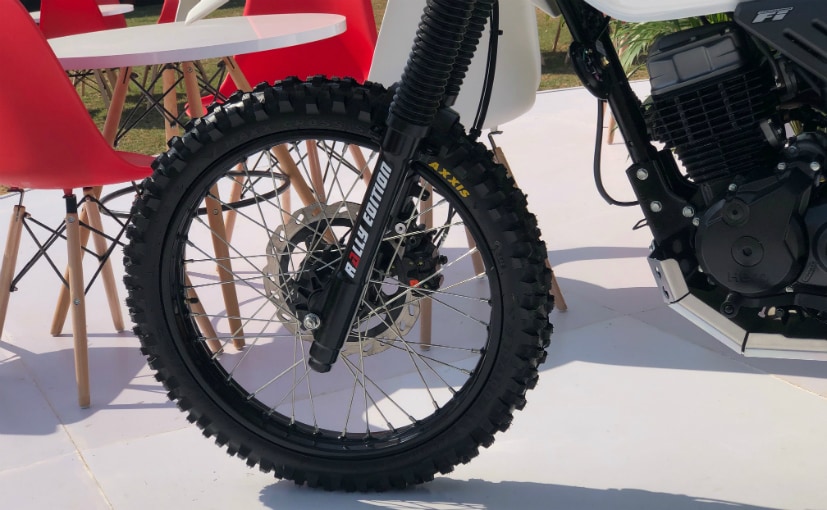 The Hero XPulse Rally Kit will be available at Hero dealerships for ₹ 38,000, and it's homologated for normal street use, and has also been homologated by the FMSCI for use in off-road rally and motorsports events. The optional Akrapovic exhaust system is not included in the Rally Kit, and will be an expensive addition. But Hero MotoCorp is working on the company's own aftermarket exhaust, which can be used by off-road enthusiasts, and made available at a later date. 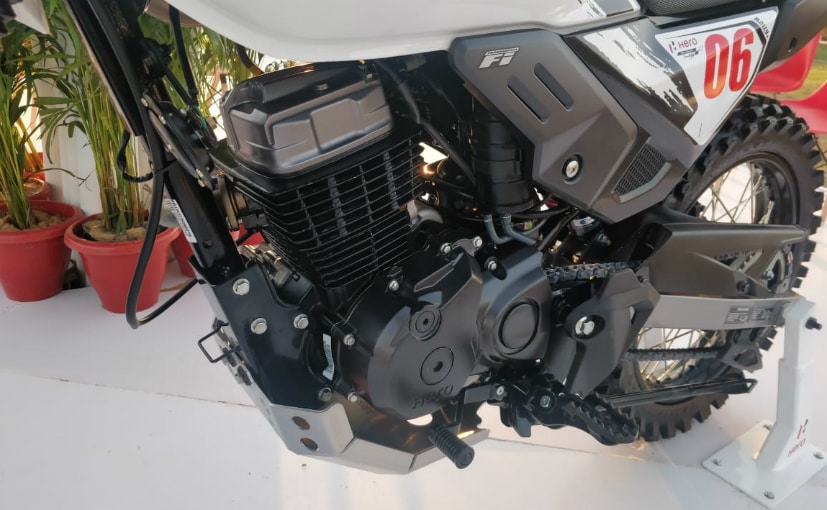 The engine has the same state of tune as the stock XPulse 200, but gear lever and brake pedals have been modified for use with off-road boots

The engine is in the same state of tune, with the 200 cc, single-cylinder engine putting out maximum power of 18.15 bhp at 8,000 rpm, and 17.1 Nm of peak torque 6,500 rpm. On the prepped bikes Hero showcased at its Global Centre for Innovation and Technology (CIT) in Jaipur, the sprocket sizes have been changed to a 12-teeth front sprocket and a 40-teeth rear, for added grunt when ridden off-road.