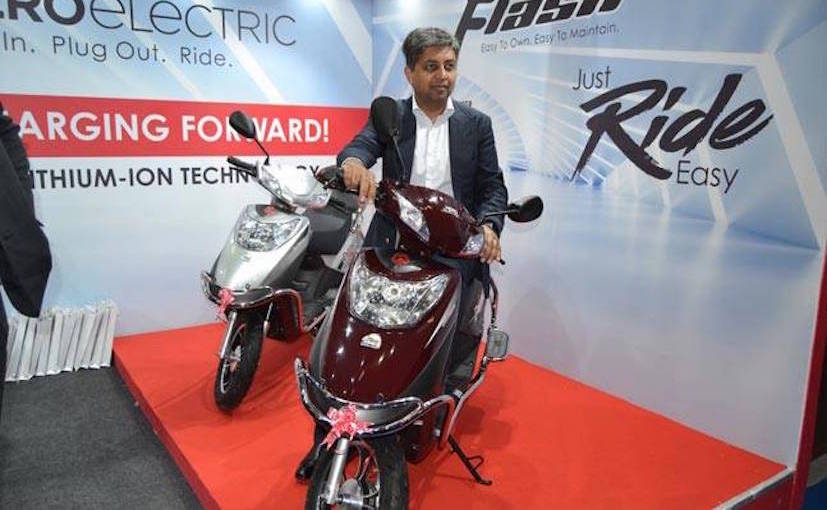 The Electric arm of the Hero Group, Hero Electric has introduced its new 'Flash' electric scooter in the country with prices starting at ₹ 19,990 (ex-showroom, Delhi). The new scooter is targeted at first-time electric vehicle users and will address commuting concerns for small distances.

The Hero Flash is powered by a 250 watt electric motor that is coupled with a 48-volt 20 Ah VRLA battery and comes equipped with a complete short-circuit protection. The Flash electric scooter has a claimed range of 65 km per single charge, while it weighs just 87 kg, much lighter than most scooters conventional entry-level scooters on sale at present.

Unlike conventional scooters, the Hero Flash does not need a driving license or vehicle registration to be ridden on public roads. As a result, the model caters to a wider demographic right from teenagers to retired individuals given the ease of commute given the model comes with an automatic transmission.

Commenting on the launch, Hero Electric CEO Global, Sohinder Gill said, With Flash, we are moving further ahead with our vision of making India an electrically mobile nation. It weighs only 87 kilos, helping it score very high on manoeuvrability."

With respect to aesthetics, the Hero Flash electric scooter matches most conventional models in design. The slender design makes it visibly smaller than most scooters while a massive headlamp cluster takes prominence at the front. Hero Electric has equipped the scooter with some decent hardware including magnesium alloy wheels, telescopic front forks and a full-body crash guard. The scooter also comes with a useable under-seat storage compartment.

Hero HF Dawn
₹ 37,625 *
View More
Subscribe to Our Newsletter
Over 1.5+ Lakhs subscribers
Thank you for Subscribing to Us