Hanoi To Ban Motorcycles By 2030

The capital of Vietnam will ban motorcycles from the inner city by 2030 in a bid to tackle rising air pollution. 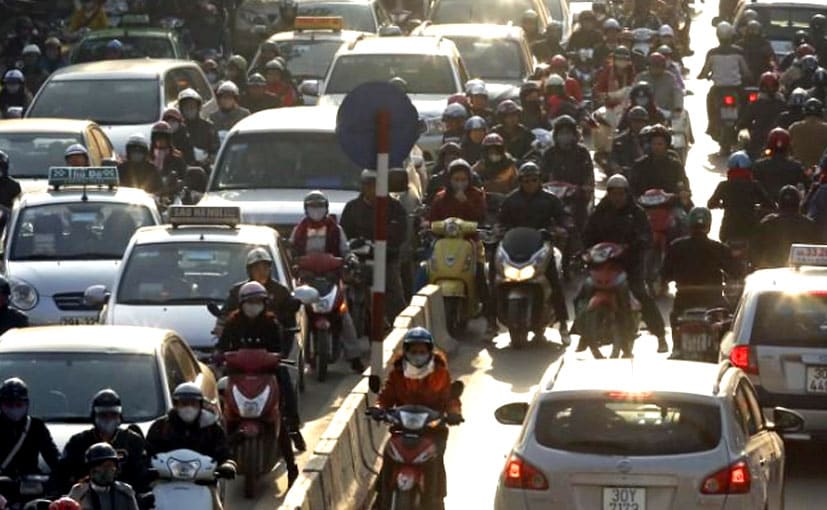 With an estimated 7.7 million people, Hanoi is considered one of the most polluted cities in South East Asia. In 2016, it had the second worst air pollution in the region, after Thailand's Saraburi and in 2017, only 38 days had air quality that was considered good by the World Health Organisation. The city is famous for its thousands of motorcycles, mostly in the 110-125 cc segment, and together with coal-fired power plants, heavy industry, a surge in construction projects and seasonal agricultural burning is blamed for the pollution. Hanoi's pollution levels peak from December to February, the drier months of the year.

The city council voted unanimously in July 2017 to ban over 5.2 million motorcycles that ply its streets daily. The ban is planned in three stages, with authorities phasing out old motorcycles that fail to meet emission standards. These vehicles will be banned after 2020. From 2025 to 2029, motorcycles will be prohibited during certain hours and on certain days in some districts and on major roads. From 2030, motorcycles will be banned from the inner city and the city council plans to plant almost a million trees and encourage people to switch to cleaner fuels, like heaters and biofuel.