Late last week, the GST Fitment Committee, a panel of GST officials from the GST Council, came together to discuss the repercussions of GST rate cut on automobiles. 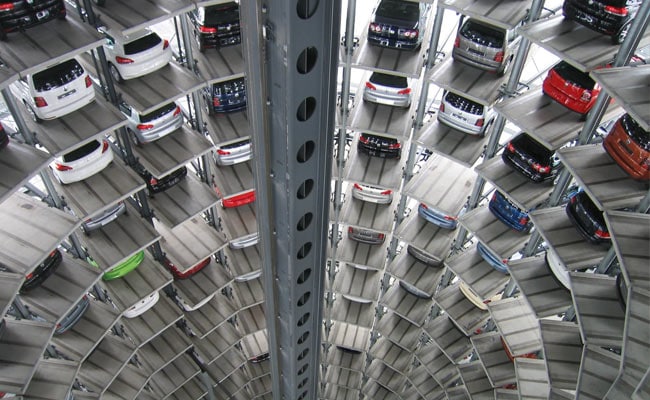 View Photos
The GST Council will take a decision on whether to reduce the rate for Auto or not on 20 Sept.

The Indian auto industry is going through a turbulent period and one of the ways in which a temporary reprieve can be obtained is by reducing the GST rate on automobiles from the current 28 per cent to 18 per cent, even if temporary. But the GST Fitment Committee (a panel of officials from the GST Council, which discusses requests from various industries for GST reduction), says that reduction on GST rates for automobiles will lead to a major loss in revenue. The GST Fitment Committee met last Friday to discuss the appeal from auto industry to bring the GST rate down from 28 per cent to 18 per cent in order to help the industry navigate through rough waters.

It is not high GST rate that has caused auto crisis. Pre GST combined tax excluding Service Tax ranged between 32% to 54%. Now tax including Compensation Cess ranges from 29 % to 46% only. If Centre is keen to reduce it further,abolish Cess . The rate would come down to 28%.

The GST Fitment Committee said that reducing GST rates on auto sector, which is one of the biggest revenue contributors to the state, could potentially be devastating in terms of revenue. In fact, the committee put a figure to it, saying such as cut could bring down revenue by ₹ 50,000 crore annually. Out of this amount, ₹ 22,000 crore will be the result of cutting GST rates for auto components. According to the committee, the total revenue from India's auto industry is close to ₹ 3 trillion, annually.

Echoing similar sentiment, the finance minister of Kerala, Isaac Thomas also opposes GST reduction on auto. Speaking to IANS, Kerala Finance Minister Thomas Issac said that lowering of tax on automobile would not help and instead result in revenue loss for the states. "I don't support the idea (reducing GST rates) at all. The central government can afford to lose revenue but we cannot. They should go for expansion of fiscal policy," Issac said. He suggested that the Centre can remove the cess component if need be, to help the auto sector.

Speaking at the annual convention of Automotive Component Manufacturers Association (ACMA), Anurag Thakur, Minister of State for Finance & Corporate Affairs, said that the next GST council meeting will take place on September 20, 2019, and the decision to bring down GST rates on automobiles from 28 per cent to 18 per cent will be taken then. He also urged automotive manufacturers to try and meet individual state governments before the GST council meets.