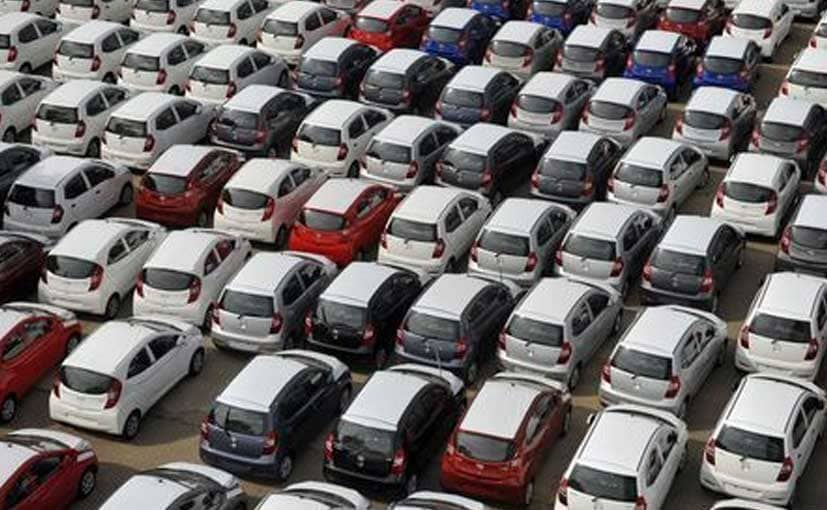 Announcing a slew of measures to help revive a flagging economy, the Union Finance Minister Nirmala Sitharaman has also kept the auto industry on her radar. FM Sitharaman has said that there will be multiple initiatives that will help boost the beleaguered automobile sector. The key measures announced include the promise that there will be efforts to reduce interest rates for auto and home loans. There is also a clear assurance that BS4 vehicles that can be purchased by consumers right up till the deadline - will have the complete run of their registration period. This means that all BS4 cars and bikes can be used and operated right up to the end of the tenure of their respective registration. The standard passenger vehicles registration has a 15 year duration (for diesel vehicles that stands at 10 years, but only in the National Capital Region or NCR). This also means that vehicles purchased on March 31 2020 - would be allowed to complete their registration, even though the BS6 deadline would have set in from the following day. Typically registration can take anywhere from 24 to 48 hours depending on what part of the country the vehicle has been bought in.

Any decision on a revision on registration fees has put off till June 2020.

Rajan Wadhera, President of manufacturer association SIAM said, “Customer confidence should improve as there is clarity on BS4 continuity and no ban on diesel and gasoline vehicles. We would also want the transaction costs to  go down, through GST reductions. We remain hopeful that this  will be addressed in the forthcoming GST meeting.”

A big worry for auto industry players was a proposal the government was considering for a hike in the registration charges themselves. Any decision on a revision on registration fees has put off till June 2020. There is another incentive which sees an additional 15 per cent depreciation to be allowed on all vehicles acquired until March 31 2020, raising it to 30 per cent. And finally the government has also lifted the ban on its own departments to be able to replace their old vehicles. This could lead to large orders which will provide a significant sales boost to the sector. Guenter Butschek, CEO & MD, Tata Motors said, "Tata Motors welcomes the comprehensive set of actions laid out by the government and believes measures to improve liquidity, drive growth and reduce cost of ownership of the vehicles, should help the industry get back on track." The FM has also said that the government will take up the industry's long standing demand to introduce a vehicle scrappage policy - though no timeline has been announced for the same. There is however no plan to reduce GST, which means taxation rates on vehicles will remain unchanged. Mahindra's automotive business  boss Pawan Goenka said today's announcements will go a long way in improving sentiments because it shows that the government is listening to the industry.  He also believes the financing concerns have been more or less taken care of and so that and other measures will incentivise vehicle purchase. He also added, “The FM has said ‘more to come' (sic). The scrappage policy will be a big boost.  Will wait and see.”

Speaking exclusively to carandbike Ashish Harsharaj Kale,President FADA said "All our points of concerns and suggestions have been listened to seriously and most have been actioned by the H'ble FM. The announcement of BS4 vehicles being operational for the entire registration period is will clear the confusion which was prevalent in many customers' minds. The release of 70,000 crore Capital to PSBs immediately and another 5 lac crores in a phased manner,Linking Retail Loans to Repo Rate,Providing more Credit to NBFCs for Auto and Housing Loans are all huge demand generating steps" The automobile industry has seen sales decline over an 18 month period. In July sales had crashed to alarmingly low levels, with the likes of Maruti Suzuki seeing a year-on-year sales drop of almost 36 per cent. Venu Srinivasan, Chairman, TVS Motor told carandbike, “The promptness of this government's response is reassuring for not just industry, but for the common man as well because it's putting liquidity into the market and easing the squeeze on the small and medium sector. While there are indications of a global slowdown, this government has demonstrated its resolve to mitigate the impact of that in India through these measures. This is the stability and proactiveness that industry wants.” The industry had put up a unified representation, appealing the FM to help it climb out of the hole it found itself in.

Ram Venkataramani, President ACMA,said, "The announcements made by Hon'ble Finance Minister are indeed very assuring and welcome. We do hope that measures to improve liquidity and deferring of enhanced vehicle registration cost will revive the ailing sales in the auto sector. That apart, enhanced depreciation of 30% until March 2020 will motivate institutional sales of vehicles. Further, removal of ban on purchase of new vehicles by government will also help reduce the current pileup of inventory" The FM had heard the concerns of the auto makers, car/bike/CV dealers, as well as component suppliers at the time. And while a cut in GST topped their list of demands, the general reaction from across the industry is positive on the measures that have indeed been announced.