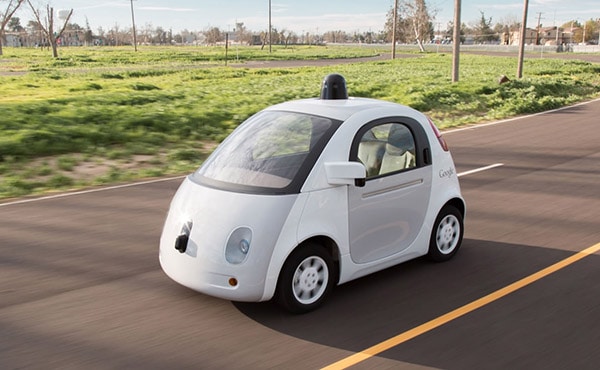 In what could be called as a positive turn of events for the future autonomous cars, the US road safety regulators have recently stated that Artificial Intelligence (AI) used in Google' self-driving cars can be qualified as actual drivers. According to national highway traffic safety administration (NHTSA), the AI system piloting a self-driving Google car could be considered the driver under federal law.

Apparently Google's self-driving car unit sent submitted a proposed design for its self-driving car that has "no need for a human driver," to NHTSA in November 12. In the reply letter to Google, NHTSA chief counsel, Paul Hemmersbaugh said, "NHTSA will interpret 'driver' in the context of Google's described motor vehicle design as referring to the (self-driving system), and not to any of the vehicle occupants." He also mentioned that, "We agree with Google its (self-driving car) will not have a 'driver' in the traditional sense that vehicles have had drivers during the last more than one hundred years."

Now, including Google, a number of automakers and technology firms are working on developing self-driving cars. In fact Google itself has partnered with a few auto manufacturers like - Toyota (including Lexus), Ford, General Motors, Daimler and Volkswagen, to speed the process and launch a road legal autonomous car by 2020. In the midst of all this such a response from NHTSA could be in fact seen as a major step towards winning approval for autonomous vehicles on the roads.

All that being said experts claim that there is still a long way to go for here. Karl Brauer, senior analyst for the Kelley Blue Book automotive research firm, said there were still significant legal questions surrounding autonomous vehicles. But if "NHTSA is prepared to name artificial intelligence as a viable alternative to human-controlled vehicles, it could substantially streamline the process of putting autonomous vehicles on the road," he said.

Also, in its response to Google, NHTSA also mentioned that, as per federal regulations auto safety equipment cannot be waived immediately, including requirements for braking systems activated by foot control. To this Google says that such auto safety features that could tempt humans to try to take control. Google "expresses concern that providing human occupants of the vehicle with mechanisms to control things like steering, acceleration, braking... could be detrimental to safety because the human occupants could attempt to override the (self-driving system's) decisions," the NHTSA letter stated.