The Genesis GV80 is the first-ever SUV to be launched by the Hyundai-owned luxury carmaker, and the SUV comes with several segment-first features. 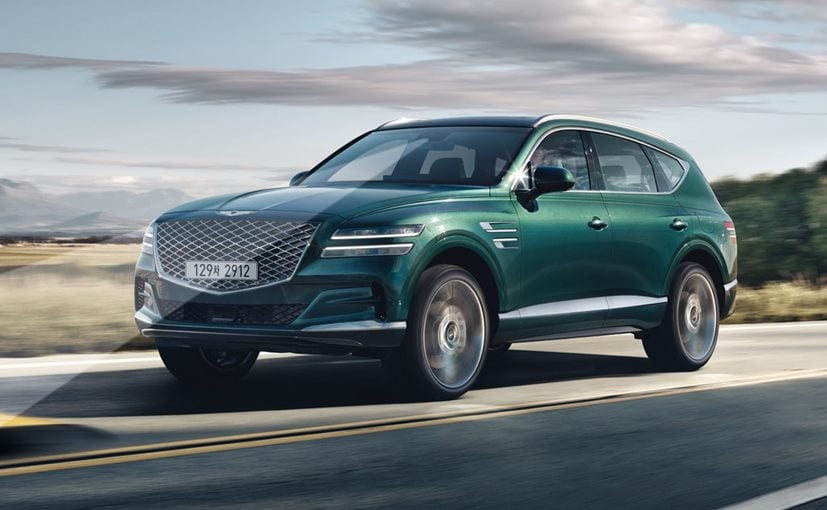 Hyundai-owned luxury carmaker Genesis has announced launching its first-ever SUV, the GV80 in South Korea. The luxury SUV is based on the GV80 Concept first shown at the 2017 New York auto show, and it gets several segment-first features, including an electronically controlled suspension with road preview and active noise control. The carmaker says that both the exterior and the interior of the Genesis GV80 was designed in the company's design studios located in both South Korea and Germany. The SUV has made its global debut earlier today at its home market in Seoul.

Up front, the SUV comes with a massive grille, with a quad headlamp setup, featuring a pair of sleek horizontal LED lights on either side. Also, the G-Matrix pattern that appears in light fixtures throughout the exterior is inspired by beautiful orchids seen when diamonds are illuminated by light. The GV80 also comes with hot-stamped, high-strength steel, as well as lightweight aluminium used on the doors, hood, and tailgate that allow it to achieve competitive curb weight. The SUV runs on a set of 22-inch alloy wheels. The rear section comes with larger wraparound twin LED taillamps with the Genesis lettering at the centre and a muscular bumper with reflectors and black underbody cladding. 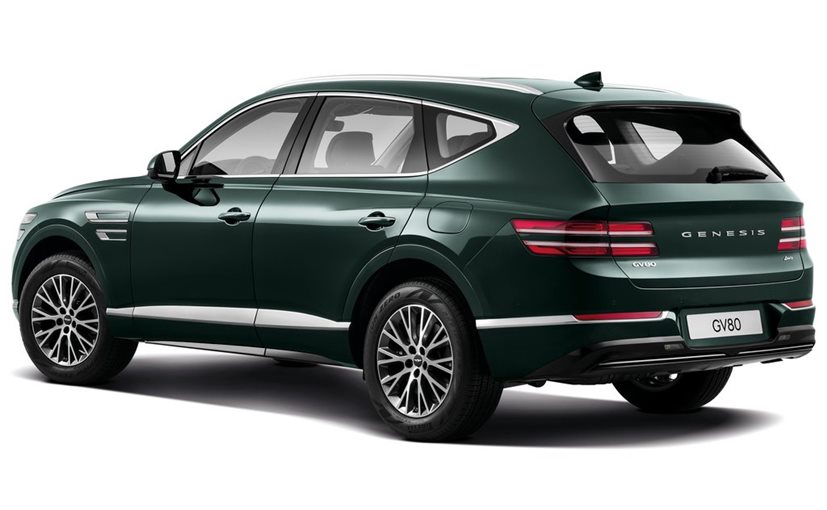 The cabin, on the other hand, is all about luxury and space. The near buttonless dashboard with draped in premium soft-touch material and leather with contrast stitching, with the centre stage taken by a wide 14.5-inch touchscreen infotainment system. The car also gets a larger centre console with dials for the air-con system and other in-car controls, along with a shift-by-wire transmission base with a dial-style shift. The system also comes with handwriting recognition for more convenience.

In terms of features, the Genesis GV80 comes with an augmented reality navigation system that offers virtual driving guidelines over actual driving images to help drivers recognize roads. The front-mounted camera takes the image and displays it on the infotainment display. The GV80 also features the world's first application of Road-Noise Active Noise Control (RANC) technology. The system generates sound waves of opposite phases in 0.002 seconds by analysing road noise in real-time, dramatically reducing irregular, simultaneous road noise to make the cabin quieter. 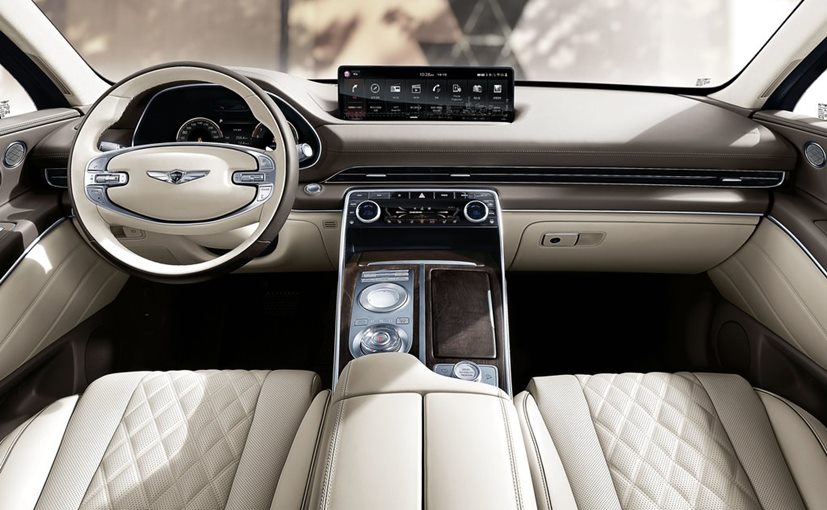 Under the hood, the Genesis GV80 comes with a 3.0-litre six-cylinder diesel engine that is tuned to churn out 274 bhp and develops 588 Nm of peak torque for the South Korean market. The US-spec model however will get two turbocharged petrol engines. Genesis GV80 models equipped with all-wheel drive in the US Market will feature an electronically controlled Limited Slip Differential at the rear axle. The SUV also gets 3 modes -sand, mud and snow.