A consignment of 1200 Chevrolet Beat sedans was today loaded for shipping to Latin America, following the start of production on June 5, 2017. 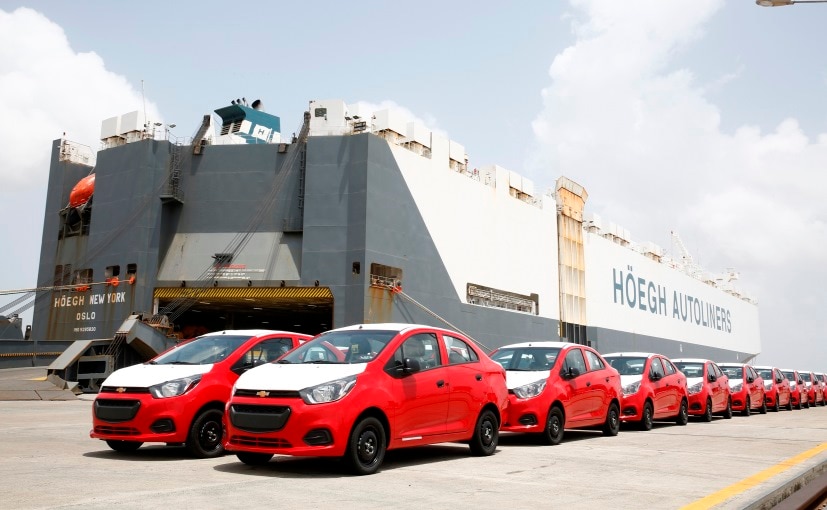 General Motors today announced the commencement of regular shipment of the sedan version of Chevrolet Beat from India to Latin American Markets. The production of the Beat sedan was started at GM India's Talegaon facility from the 5th of June 2017 and earlier today the carmaker loaded a consignment of 1,200 Chevrolet Beat sedans for shipping to Latin America. According to the company, the Talegaon plant has been one of the major export hubs for the American car manufacturer and has aided GM India to become the third largest passenger exporter in May 2017.

The Chevrolet Beat Sedan a.k.a. Chevrolet Essentia subcompact sedan was first showcased at the 2016 Auto Expo, alongside the Beat Activ concept. Before entering production, the car extensively being tested in India, which we spotted just a few months back in March 2017. But sadly we know that the car will not be launched in India.

Early this year General Motors decided to end its operations in the Indian market and announced that it will stop selling cars in the country by the end of 2017. The decision was announced as part of a series of restructuring actions from the Detroit automaker and marks a significant blow to India's strategy of encouraging domestic manufacturing. And despite growing exports, the company sold just 25,823 units in the last fiscal year and its market share has dropped below 1 per cent in India. In fact, the company has also removed the Chevrolet brand from South Africa. Having said that, the General Motors also said that it has no plans to exit India right now, and it will continue to manufacture cars in the country for export markets. And the new Beat Sedan is the newest addition to its export line-up, which also includes the Beat hatchback.

Export of the Chevrolet Beat hatchback to Latin American markets commenced only a few months back, whereas the company has been shipping cars to Mexico since 2016. Commenting on the company's export growth, Asif Khatri, VP - Manufacturing, GM India said, "GM India's exports have more than tripled in the past year. GM was India's third largest passenger vehicle exporter in May - recording our highest monthly total of vehicle exports at 8,297 units."